Renée Feltz is a savvy reporter who has spent the past decade bringing forward marginalized voices. Kate Perkins most recently worked as managing editor of N+1, a witty, provocative magazine of cultural criticism. Now, both women are joining The Indypendent to oversee the paper’s international and culture sections. 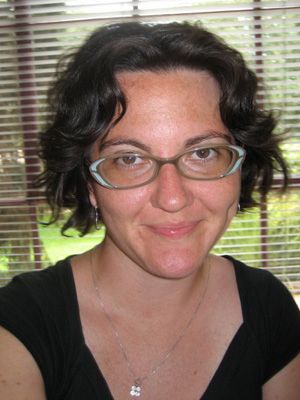 “Our motto there was local news in a global context,” Feltz said. “Now I hope to tweak that idea and feature international news in a way that is relevant to our local and national readers.”

Feltz is also the co-producer of the award-winning website businessofdetention.com, and has reported extensively on immigration enforcement programs dogged by human rights abuses. She expects this will shape her reporting on international migration set into motion by global warming, war and poverty linked to U.S. trade policies.

Most recently she worked as a multimedia web producer at PBS Wide Angle, a weekly international current affairs show, and is excited to keep presenting global stories.

She hopes to tap into networks of independent journalists around the world who are able to tell stories from the perspective of those most affected by issues and events.

“So much of the international news we read in this country comes from the business press, which emphasizes corporate interests,” Feltz said. “This leaves the field wide open for The Indypendent to reach readers who seek a broader perspective on the world.” 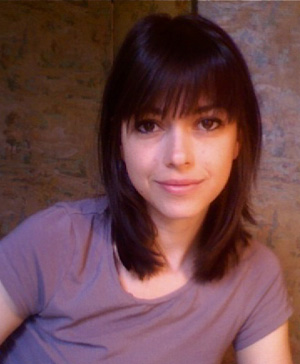 Kate Perkins interned at The Indypendent in the summer of 2004, writing book and music reviews while helping distribute the paper all over the city in the run-up to the Republican National Convention.

“It was a totally exhilarating punk-rock atmosphere,” recalled Perkins who said she was radicalized by the experience. “Everybody was working their heart out all the time. And the topics being covered and the way they were being covered challenged my liberal-progressive values.”

Perkins subsequently returned to New York after finishing college. She worked as an editorial assistant at Verso Books from 2006 to 2008 and was managing editor of N+1 from 2008 to 2009. Now, she is ready for a great second act as she returns to The Indypendent to head up its culture section.

“I’m impressed with how far the Indy has come in terms of its size and scope and quality,” said Perkins, a guitarist who plays in a “weird pop” band and is pursuing a master’s degree in philosophy at The New School. “It’s like seeing a kid at four years old who is now 10 and feeling blown away.”

Perkins said she would like to push the boundaries of what is typically thought of as culture. Along with the fine arts — music, film, theater, dance, literature and visual artistic practice — she is interested in bringing to the fore questions of social space, land and property, universities and education, technology, sexuality, environment, energy, food and resources, without reducing them to isolated categories.

“I’m committed to using The Indypendent’s strong tradition of ideology-busting political journalism as a template for cultural coverage,” Perkins said. “The ideal culture section merges critical aesthetics with social context and a deep awareness of the multiple communities it strives to cover and reflect.”

The Indypendent recently moved into a new home on 666 Broadway in Lower Manhattan. The paper now shares an office space with the Funding Exchange, Jews for Racial and Economic Justice and People’s Production House, a media justice organization that trains immigrants and youth of color in radio production skills.

“It’s great to be working alongside other organizations with strong grassroots social justice missions,” said Indypendent Coordinator Jessica Lee. “As we begin our 10th year, this is the perfect place for us to continue to grow and flourish.”

The Indypendent will celebrate its new home with an open house on Tuesday, May 18, from 5 to 7 p.m. Light refreshments will be served. Afterwards, it will hold its Tuesday night volunteer editorial meeting. To find out more about how to get involved in The Indypendent, call 212-904-1282 or email contact@indypendent.org.

Looking for an internship with real responsibilities and the opportunity to cover stories that matter? The Indypendent is accepting applications for its summer internship program through Friday, May 14. People of color, women and LGBT persons are strongly encouraged to apply. For more information, email internships@indypendent.org or call 212-904-1282. 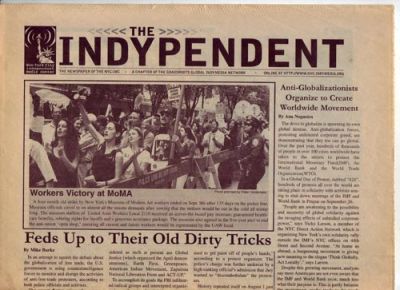 In September 2000, a small independent group of New York-based artists, activists and independent journalists launched a gritty, four-page black-and-white newspaper that aspired, in its own words, to “build media democracy by providing progressive, in-depth and accurate coverage of issues which affect all communities.”

One-hundred and fifty issues later, The Indypendent is flourishing. Thanks to the hard work of hundreds of volunteers and the generous support of our readers over the years, The Indypendent has become an award winning four-color, 16- to 20-page paper that is published every third Wednesday. We are distributed across the five boroughs and online at indypendent.org to a total audience of 200,000 readers per issue. 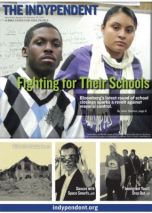 The need for powerful alternative media voices has never been more urgent and as we go forward we promise you, our reader, two things: 1) we will continue to be a paper of, by and for the people that always stands ready to speak truth to power and 2) we will work every day to make The Indypendent more informative, more compelling and more relevant to your life.

We believe our best work lies ahead of us, and there is one thing we are certain of: With your continued support, anything is possible.