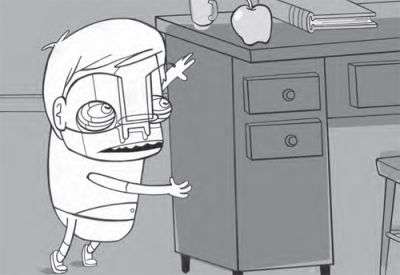 A New York City coalition of more than 80 anti-hunger, food justice and child welfare organizations have come together to push for increased funding for the Child Nutrition Act — a bill that funds a range of nutrition programs, including the National School Lunch Program and the Special Supplemental Nutrition Program for Women, Infants and Children (WIC ).

The NYC Alliance for Child Nutrition Reauthorization (CNR) is campaigning for a $4 billion annual funding increase for the Child Nutrition Act, which is currently up in Congress for a five-year renewal.

“For months, anti-hunger organizations, parents, food advocates, chefs and schools across the country have been drawing attention to the opportunity to feed more kids better food through the Child Nutrition Reauthorization. Congress must respond to these voices and at least meet the president’s request for an increase of at least $1 billion per year,” said Kristin Mancinelli, a spokesperson for the NYC Alliance for CNR and Manager of Policy and Government Relations at City Harvest.

In addition to a significant funding increase, the alliance would also like to see school meals subjected to stricter procurement standards that ensure food is high quality nutritious and supports regional agriculture. They also advocate increased access to federally funded school lunch and breakfast programs. Further, the group says that the implementation of these changes would help Obama achieve his goal of ending childhood hunger by 2015.

The NYC Alliance for CNR did not exist when the Child Nutrition Act was last reauthorized in 2004. Traditionally, advocacy around child nutrition and WIC has been led by anti-hunger and child welfare groups; now, growing interest in food sustainability has attracted new constituencies to this issue. On March 17, a group of chefs from around the country accompanied the alliance to meet with legislators in Washington, D.C., and a number of environmental and food justice organizations, including Just Food, Sustainable Flatbush, the Brooklyn Food Coalition (BFC) and the United Federation of Teachers Green Schools Committee, have signed on to the alliance.

The membership of the BFC offers insight into how people concerned with food sustainability have become involved in food justice issues.

For some of its members, buying organic was a first step. “Members may join in on the sustainability side, but then they notice that there is also a justice issue involved,” said Adriana Velez, BFC’s communications coordinator.

Making this connection is essential, Velez says, to improving school lunch funding, especially for those who do not have reliable access to healthy food.

“A lot of the people who get school lunch are food insecure — they’re already living in households where there is a lack of resources. They’re living in food deserts — in neighborhoods that do not have easy access to fresh fruits and vegetables. This is their best chance at getting a decent meal for that day, and we’re failing miserably.”

The alliance has delivered more than 3,000 petitions to New York’s federal representatives, yet none of them have publicly endorsed a $4 billion annual increase. In a recent statement, Rep. Yvette D. Clarke (DNY) points to the link between school-based food programs and increased school attendance as a reason to support the bill. There are currently more than 860,000 students enrolled in at least one of these programs.

For Jennifer Chapin, a parent and BFC volunteer, the Senate’s failure to increase spending is shortsighted.

“It’s not remotely surprising, but ironic, considering that perhaps nothing would bring down our long-term national healthcare costs more than true reform that made the school lunch system universal, healthy, sustainable and just,” Chapin said.

For more information, visit the NYC Alliance for CNR at nycforcnr.org Brooklyn Food Coalition at brooklynfoodcoalition.org.