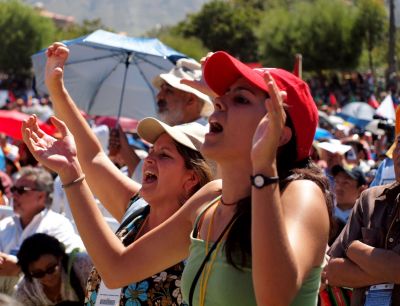 The Associated Press did its best to marginalize the opening day of the People’s Climate Justice Summit, with a short story focused on how “Bolivian President Evo Morales said Tuesday that men should stay away from chicken if they want to maintain their hair and virility.”

But the thousands of people gathered from all over the world outside of Cochabamba were too busy to pay it much attention.

Indypendent reporter, Alex van Schaick, managed to talk to some of those in attendance… 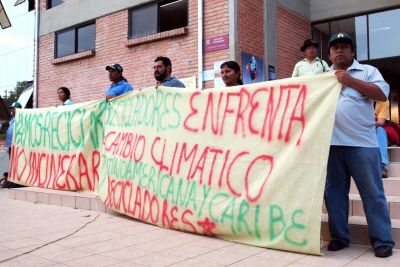 A chant erupts from the steps of the Social Sciences building where several working groups of the World People’s Conference on Climate Change are debating the causes and solutions to the climate crisis.

Curious conference-goers stop to watch and an ad-hoc teach-in begins on recycling and incinerating. I stop to talk to Jorge Salcedo, who came from Peru to participate in the People’s Conference on Climate Change. 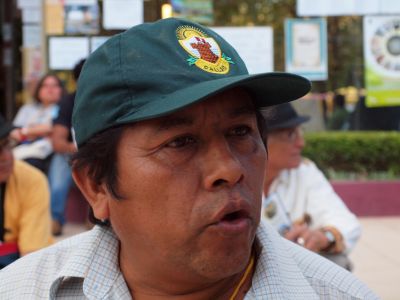 “We are all members of the Latin American Anti-Incinerator Alliance,” Jorge tells me. “This is the biggest environmental conference that we’ve seen and recyclers have come from 18 Latin American Countries have come to participate.”

The recyclers are one of hundreds of groups to send delegations from all over the world to Cochabamba, Bolivia to participate in the Conference. They believe their work goes largely unnoticed by society-at-large, but does a great environmental service.

“I’ve been collecting  recycle-able garbage from streets, going house by house, for ten years,” Jorge says. “I do this to support my family but also so that we can re-use materials and incinerate less… or at least reduce it as much as possible and reduce the environmental harms that come with it.”

Meanwhile, at Grist, Tina Gerhardt managed to make more sense of the summit’s goals than the AP:

Morales was one of five heads of state to formally oppose the Copenhagen Accord. In what many are interpreting as a direct response to that intransigence, the U.S. recently denied Bolivia climate aid.

While developed or rich nations are historically responsible for causing climate change through their greenhouse-gas emissions, poorer nations are more likely to feel the effects and are less able to fund and undertake changes to adapt to climate change. The idea of reparations was widely discussed in Copenhagen and endorsed by well-known figures like Naomi Klein as well as organizations like Jubilee South and Focus on the Global South. Here in Bolivia, villagers are demanding compensation for their glaciers melting.

2.  An international court to prosecute transgressions against the environment

The goal is to establish an International Climate Justice Tribunal or International Environmental Court within the U.N. framework, modeled on the International Court of Justice, that will seek to enforce nations’ commitments to reduce greenhouse-gas emissions.

Last week, international environmental lawyer Polly Higgins put forward a related proposal to include “ecocide” in the list of crimes against peace, so that cases could be tried at the International Criminal Court.

3.  A Universal Declaration for the Rights of Mother Earth

On Earth Day 2009, Morales called on the U.N. General Assembly to develop such a declaration, modeled on the U.N. Declaration of Human Rights.  “One of the most important implications is that it would enable legal systems to maintain vital ecological balances by balancing human rights against the rights of other members of the Earth community,” write Solón and environmental lawyer Cormac Cullinan.

4.  Development and transfer of clean technology

The UNFCCC has been discussing technology transfer, and Morales wants to make sure it stays on the agenda, so that developed countries provide developing countries with the technology necessary to adapt to climate change and produce and use energy sustainably and efficiently.

All this and more will get an airing at the People’s Conference.  Tune in later this week to learn how it all shakes out.