Thousands of people from at least 130 countries are in the process of arriving, registering and networking as the World People’s Conference on Climate Change and the Rights of Mother Earth gets underway in Tiquipaya, on the outskirts of Cochabamba, Bolivia.

Reporter Karah Woodward, who is based in New York City and writes for The Bolivian Transition Project, is covering the conference. She wrote this account of the working groups that met on Monday before the conference officially begins today.

Woodward is covering the conference for The Indypendent as well. She sent us these photos of the first day’s bustling activities: 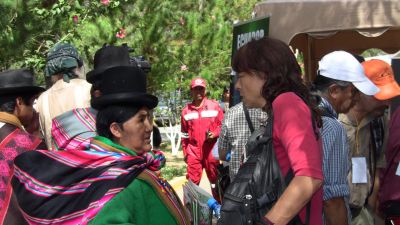 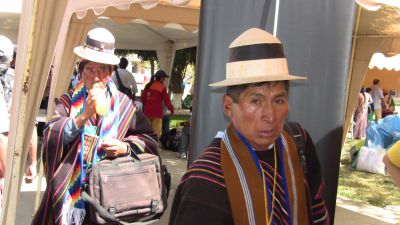 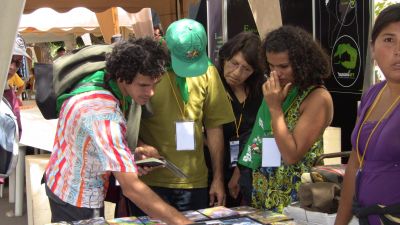 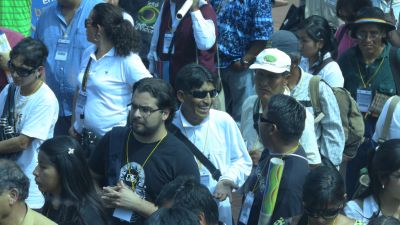 Want more? Watch the conference online via a live streaming video feed that is working, but overwhelmed by heavy traffic and may require checking back in later in the day.