May 11 (GIN) – U.N. peacekeepers’ days may be numbered in the conflicted Congo. Ten years after they arrived and billions of dollars spent, peace has not been achieved. President Joseph Kabila now stands firm that U.N. troops should be out of the country by the close of 2011.

The 20,000 peacekeepers guarding a country the size of Western Europe have been unable to protect children from kidnaps, women from rape and decapitations. Some of the peacekeepers themselves are even accused of sexual abuse, gold trading and corruption.

A decade-long war has pitted government forces, supported by Angola, Namibia and Zimbabwe, against rebels backed by Uganda and Rwanda, and DR Congo’s economy and stability has suffered ever since; most especially its civilian populace.

Information Minister Lambert Mende accused the U.N. of pretending “to help people while trampling their dignity” and suggested it is trying to seize power in mineral-rich Congo. “Don’t do anything for us. We will do it ourselves,” Mende said.

But human rights groups say it’s too soon for the peacekeepers to leave. At least 8,300 rapes were committed in eastern Congo alone last year, the U.N. said.

The mission’s mandate expires in less than two weeks and cannot continue without the government’s consent. The U.N. Security Council plans to visit Congo at the end of this week and that U.N. chief Ban Ki-Moon plans to come around the start of June. 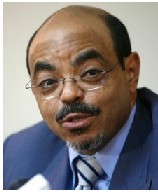 May 11 (GIN) –  A Chinese loan of more than $100 million will help Ethiopia complete a major railway line linking the capital, Addis Ababa, to various regions of the country.

The project had been on the books for years but was frozen due to lack of funding.

China has been signing railway construction projects all around Africa, transforming the Asian giant into one of the most influential players on the continent. But in some cases the projects have run into obstacles.

With pressure applied by the U.S. and the IMF, a $9 billion deal signed between Beijing and Kinshasa shrank to $6 billion. Questions have also been raised over the disappearance of a $23 million signing bonus that Chinese companies were to have paid their Congolese counterparts.

Western critics say China is interested only in extracting Africa’s natural resources to feed its fast-growing economy, and cares little for African development, acting like the new colonial power on the continent.

But Chinese experts see a lingering “Cold War” mentality. “Is China buying cheap and selling pricey to qualify as a colonial power?” asks Shen Jiru, an expert with the Chinese Academy of Social Sciences. “Exactly the opposite – we are providing free-interest loans and aid, and we are a reliable backup for Africa’s economic development.” 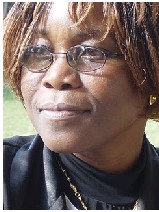 May 11 (GIN) – Tanzanian journalist Vicky Ntetema has been selected for a bravery prize for reporting on dangers faced by albinos in Tanzania and Burundi.

The International Women’s Media Foundation gave her a Courage in Journalism Award for her investigation.

“I am surprised but not happy,” Ms Ntetema said in a press interview, adding that a four-year-old boy with albinism had recently been killed.

Some Tanzanian witch doctors say magic potions made with albino body parts can bring good luck and wealth. Some 53 people with albinism have been murdered in Tanzania in recent years, along with several others in neighbouring Burundi.

Ms Ntetema has twice had to flee Tanzania because of her reports into the powerful networks behind the killings and still needs 24-hour protection.

She called people with albinism “the real heroes, especially those who have had limbs cut off or women whose husbands have abandoned them after giving birth to albino children.”

Ms Ntetema, 51, now works for the Canadian human rights group Under The Same Sun. The awards will be presented at ceremonies in New York on Oct. 19 and in Los Angeles on Oct. 21.

May 11 (GIN) – The marriage of Nigerian Senator Ahmed Yerima to a 13 year old girl he met in Egypt has sparked outrage in the blogosphere and a petition drive denouncing the nuptial.

Yerima ‘married’  the young girl, daughter of his driver, after reportedly paying the family $100,000. He justified his actions in a recent press interview.

“I am only following Prophet Mohamed’s footsteps who married a nine-year-old girl, Aishatu,” the 50 year old Yerima told journalists following an official visit to the new Nigerian president. “I have not done anything that violates (Koranic law), so I am not bothered about anything if anybody accuses me and I don’t think I have committed any offence.”

Under Nigeria’s national Child Rights Act of 2003, the legal age for anyone to get married is 18-years-old. Egyptian law also forbids marriage where the man is more than 25 years older than the woman

“He has broken a number of international and national laws protecting children and minors from sexual expliotation and trafficking,” the online petition states. “Your voice, your vote, your signature will keep this issue in the forefront of the media and ensure that the media attention does not die down like he undoutedly expects and hopes that it will.”.

Yomi Kuku on the i-petition “yerimajustice” wrote: “This should not be a Nigerian problem but an insult to humanity to be tackled head on by all.”