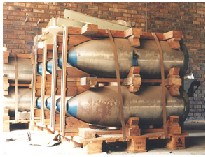 May 25 (GIN) – During the final brutal years of Apartheid, top Israel officials were preparing to sell deadly nuclear weapons technologies to the South African racist regime, a new book asserts. Such sales were forbidden by U.S. sanctions in force at that time.

According to the riveting book making waves worldwide, officials from the two countries met in 1975. South Africa’s defense minister, PW Botha, asked for the warheads and Shimon Peres, then Israel’s defense minister and now its president, responded by offering them “in three sizes”. The “three sizes” are believed to refer to conventional, chemical and nuclear weapons.

Sasha Polakow-Suransky, the author of “The Unspoken Alliance: Israel’s Secret Relationship with Apartheid South Africa,” uncovered the 1975 meeting minutes while reviewing some 7,000 pages of newly-declassified material relating to the two allies.

“Israel tested its own weapons and helped South Africa build highly advanced nuclear weapons delivery systems, long-range missiles, throughout the ’80s, at a secret South African testing range where hundreds of Israelis were employed,” he said in an on-air interview with Democracy Now’s Amy Goodman.

“This lasted almost up until the transition to democracy in South Africa. As late as 1989, the two countries were still cooperating in this field.”

A spokeswoman for President Peres called the report baseless and said there were “never any negotiations” between the two countries. Former South African Foreign and Defense Minister P. W. ‘Pik’ Botha also rejected suggestions of a nuclear weapons pact.

The documents released in South Africa were declassified over Israeli objections, said  Polakow-Suransky. “The South Africans didn’t seem to care,” he said, adding: “they blacked out a few lines and handed it over to me. The ANC government is not so worried about protecting the dirty laundry of the apartheid regime’s old allies.” w/pix of nuclear bomb casings

May 25 (GIN) – Some 2000 miners, living seven to a room, are on strike, demanding back pay owed for February and March. Conditions at Grootvlei mine, an hour from South Africa’s commercial capital, Johannesburg, were described as appalling – no running water, no food canteen.

Ironically, the labor dispute is a reminder of the growing gap between the well-connected elite and the poor in the new South Africa.

At Aurora Empowerment Systems, the company running the mine, the chairman is Khulubuse Zuma, a nephew of Jacob Zuma, the president. Its managing director is Zondwa Gadaffi Mandela, a grandson of Nelson Mandela.

Another director is Michael Hulley, the president’s personal lawyer.

Aurora director Thulani Ngubane complained that more was expected of them than of previous owners. “It’s only because we are a young black company that we are being prosecuted,” he said.

Meanwhile, Environment Minister Buyelwa Sonjica said her department would begin legal proceedings against the Grootvlei mine for pumping polluted mine water into a protected wetland. w/pix of Zondwa Gadaffi Mandela 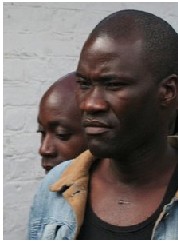 May 25 (GIN) – Harsh anti-gay legislation in Zimbabwe, Malawi, Kenya and Uganda, among others, has sentenced same-sex couples to long prison terms and pushed up the number of LGBT refugees seeking asylum abroad, according to local press accounts.

The increase in intolerance is blamed partly because gay men and lesbians are becoming more assertive about their rights, partly because of intolerance fanned by interventions from evangelical churches in America, observed the U.S.-based Human Rights Watch group.

Last week, a Malawi court imposed a maximum sentence of 14 years in prison with hard labor on a gay couple for holding an engagement ceremony last December. The two were convicted of gross indecency and unnatural acts.

In Zimbabwe, police raided the offices of GALZ, a gay and HIV/AIDS awareness group, arresting two members of the organization for posting a letter from former San Francisco Mayor Willie Lewis Brown. The letter criticized the Zimbabwean president’s opposition to homosexuality, their lawyer said on Monday.

Also opposed to the Malawi ruling was pop star Madonna who asked her fans to sign on to her website in support of equal rights and “the freedom to love in Malawi”.

“I call upon the progressive men and women of Malawi; and around the world to challenge this decision in the name of human dignity and equal rights for all,” she wrote. .. “The world is filled with pain and suffering; therefore, we must support our basic human right to love and be loved.” w/pix of Tiwonge Chimbalanga (front) and Steven Monjeza, after sentencing 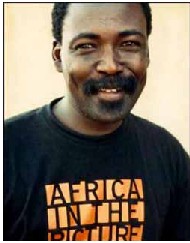 May 25 (GIN) – Judges at the 63RD Cannes Film Festival selected a film by Chadian director Mahamat-Saleh Haroun for the festival’s coveted Jury Prize.

It was the first film from sub-Saharan Africa in 13 years to be chosen for the festival’s main honors.

Haroun said the award represented a chance to bring Africa back into the international cinema scene. “I come from a country where little exists. In this desert-like context I learnt one thing: you have to make films the way you’d prepare dishes for the people you love,” he said.

“You have to be a dreamer to continue to make films in countries where cinemas are closing down and where there is no local finance for film.”

A Screaming Man tells the story of an ex-swimming champion who is forced to hand over his job as a hotel pool attendant to his son.

An earlier Haroun film: Sex, Okra and Salted Butter – a “delightful satire that through its comedy of errors reveals insights into the African immigrant experience”- will be screened May 29 in New York at the Brooklyn Academy of Music during the annual Memorial Weekend DanceAfrica festivity. The film, at BAMcinematek will have two shows: at 6:50 p.m. and 9:15 p.m.