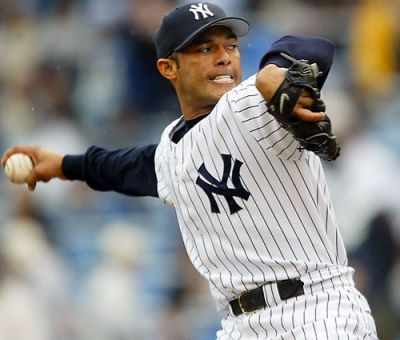 “If you are upset with Arizona’s immigrant laws, please don’t take it out on Major League Baseball! Sports and politics do not mix!”

With a near military discipline, this had been the message pushed by much of the sports media in conjunction with the Arizona Republican Party. The aim has been to head off any notion of boycotting the Arizona Diamondbacks or calling for the 2011 All Star game to be removed from the team’s home at Chase Field in Phoenix. Arizona Gov. Jan Brewer was given a page on Espn.com to say that boycott campaigns aimed at sports are “inappropriate and misguided.” Diamondbacks executive Derrek Hall parroted the governor, calling protesters “misguided” because “the organization doesn’t take political positions.”

Team owner and Republican Party bankroller Ken Kendrick was shaken enough to release a statement saying that he personally “opposes” the bill.

There is one problem with this public relations fusillade: it’s based on a fundamental lie. Ken Kendrick is showing through his actions that he not only supports this bill, he is using his position as Diamondback team owner to do it.

On May 20, The Nation learned, Ken Kendrick is holding a private fundraiser inside his owner’s box at Chase Field for SB 1070 supporter State Sen. Jonathan Paton. The fundraiser will take place during the D-backs’ game against the San Francisco Giants. Paton is attempting to make the leap from the statehouse to the U.S. Congress, and he is depending on Kendrick’s deep pockets to make it happen.

Leave aside for a moment the ethical and perhaps legal ramifications of Ken Kendrick using a stadium built with $250 million in public dollars to raise money for his pet candidates. The fact is that while Kendrick publicly distances himself from the bill, he is using the home of the supposedly “apolitical” Diamondbacks organization as a fundraising center for SB 1070 supporting politicians.

Favianna Rodriguez, co-founder of Presente.org, which helped start the All Star Game boycott campaign MoveThe-Game.org, said to me, “Latinos and their allies across the country are targeting Major League Baseball to show that laws like SB 1070 will have dire economic consequences. Mr. Kendrick’s continued support of the politicians behind SB 1070 will only further inspire that movement.”

Dave Zirin writes for The Nation and is the author of the forthcoming Bad Sports: How Owners are Ruining the Games We Love and A People’s History of Sports in the United States. You can read more at edgeofsports.com. This article was excerpted from a longer version published May 10 at thenation.com. Zirin will be speaking June 8 at the Brecht Forum (see ad below).