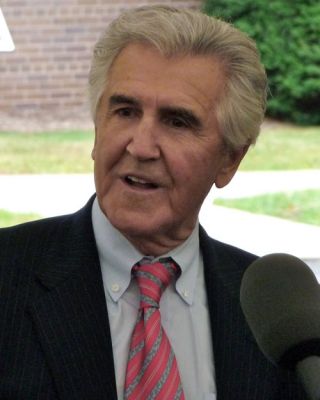 Former State Senate Majority Leader Joseph Bruno, the prime villain behind the weakening of rent laws in 1997 and 2003, was sentenced to two years in prison May 6.

Bruno, 81, was convicted in December on two federal felony charges of depriving the public of “honest services.” He had used contracts with his private consulting service as a way to collect bribes in exchange for government contracts and political favors.

Representing the Rensselaer-Saratoga area northeast of Albany, Bruno was majority leader from 1994 to 2008, when, with indictments looming, he resigned. During his tenure, he and the Senate Republicans received hundreds of thousands of dollars from real-estate interests.

Bruno gave those interests “honest services.” In 1997, he blocked renewal of the state’s rent-stabilization laws until Assembly Democrats accepted a deal that allowed massive rent increases on vacant apartments, no rent limits or tenant protections for apartments that rent for $2,000 or more, and 20 percent increases for those with lower rents. In 2003, he had the Senate tighten the Urstadt law, which bars New York City from enacting rent regulations stricter than the state’s. Coupled with weak enforcement of illegal overcharges, these changes sent rents skyrocketing and encouraged rampant speculation and harassment of tenants.

Bruno will not begin serving his sentence until after the U.S. Supreme Court rules on the constitutionality of the “honest services” law. That decision is expected in June.

At his sentencing, Bruno begged for probation. “In my heart and in my mind I did nothing wrong. Nothing!” he told the judge.

“The problem with probation is that it doesn’t send a message to the public that your criminal conduct here is serious,” U.S. District Court Judge Gary L. Sharpe responded.