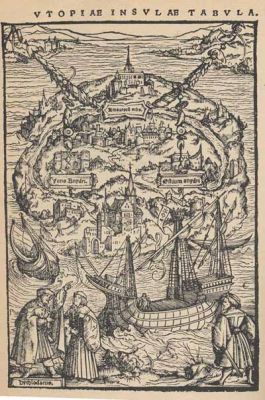 I’ve always romanticized the notion of history represented by dusty stacks and rare archives, and last summer I decided to produce an audio collection of my grandfather’s small, but precious, library of pre-modern poetry and classic literature. With the exception of several biographies and late 20th century histories and natural science texts, the majority of his books have long been out of copyright, and are thus in the public domain. In the shed outside the Rhode Island cottage that still houses his collection, I set up my microphone and laptop, and began recording popular short stories of the early 20th century.

At the same time, I was becoming actively involved with the Fellowship for Intentional Community, a nonprofit institution dedicated to providing resources for individuals seeking community in the form of urban co-housing, eco-villages, self-sufficient communes and collectives. These two interests converged when I was first exposed to Robert Owen’s socialist 1813 treatise A New View of Society. Delving into the written history of communal experiments in the late 19th century, I have since cultivated this interest by becoming a recreational manufacturer of audio recordings, producing spoken albums of philosophical texts, instructive novels, letters and travel diaries.

Owen was a British thread manufacturer who rose through the ranks amid the harsh conditions of textile factories at the turn of the 19th century. Owen’s ideas won’t strike contemporary readers as particularly novel: his principle tenet was the familiar precept that a person’s character is not formed innately but by the social advantages from which she or he benefits. But the fact that Owen held the power required to put such ideas into practice, and was met with enthusiasm and great respect by his peers and the working-class citizens whose rights he championed, continues to amaze.

Owen established an experimental industrial community called New Lanark in rural Scotland — a model society designed to enhance the quality of life for the working class. He improved employee housing and local road conditions, set up a communal healthcare fund and imposed a series of social edicts to shape the moral direction of the community. He also abolished the standard practice of employing young children in factories and established the Institute for the Formation of Character, a school for factory employees and their children. Owen’s factory community was highly productive, and the scope of his vision encompassed all contemporary social and economic problems.

A New View of Society’s shortcomings are typical of the experimental genre of 19th century utopian non-fiction: any individual with 190 years of hindsight can perceive that Owen drastically overstates the feasibility of his ideas being widely adopted, and many of his attitudes, particularly regarding women, religion, and class mobility — while progressive at the time — come across in the 21st century as unenlightened.

By far the greatest obstacle I have encountered while trying to produce compelling audio recordings of heavy ideological treatises of the 19th century is that, though they are at times fiery and inspiring, they can also be frustratingly dull, delving into the minutiae of their authors’ solutions to the world’s problems with a fantastic degree of detail. A welcome respite from the sincere, long-winded visions of the future reflected in historical testimonials, letters and diaries written by members of experimental utopian communities can be found in a parallel literary movement that endeavors to illustrate daily life in an ideal society. Thomas More’s Utopia defined this genre in 1516, and the authors that followed consciously echo his engaging, colloquial narrative structure.

Such works of utopian fiction held great influence over these authors’ contemporaries, and, read today, they retain their moving, persuasive power. For example, Etienne Cabet’s Voyage et aventures de lord William Carisdall en Icarie (Travel and Adventures of Lord William Carisdall in Icaria) successfully inspired 280 of Cabet’s French disciples to follow him to Illinois to establish an Icarian community that flourished for almost 50 years. This literary movement gained momentum beginning with Edward Bellamy’s Looking Backward, the story of a young man who, under the influence of a “mesmerizer,” falls asleep, and wakes up in the year 2000 to discover that the world has become a socialist utopia. The wild success of this novel in 1888 gave rise to a succession of imitators who produced meditations on the same theme, including William Morris’ News from Nowhere, Bradford Peck’s The World a Department Store and William Dean Howells’ Traveler from Altruria.

French intellectual Charles Fourier is another zealous experimental thinker whose vision inspired his contemporaries to radical social reforms in their communities. Fourier promoted “phalausteries,” 4,000-acre communities that would abolish national boundaries. Fourierism was adopted and brought to the United States by Albert Brisbane, who translated Fourier’s works in The Social Destiny of Man (1840). This translation was received enthusiastically by critics and journalists and launched the development of several successful phalausteries in Pennsylvania, Texas, New York, New Jersey, Iowa, Wisconsin, Ohio, Indiana and Illinois. Many leading American intellectuals embraced Fourierism, including New York Tribune editor Horace Greeley, Ralph Waldo Emerson, Nathaniel Hawthorne and Transcendentalist George Ripley, who in 1841 founded the Brook Farm Institute of Agriculture and Education, a Fourier-style utopian commune in what is now Boston.

In addition to the titles mentioned above, audio recordings I have produced include John Adolphus Etzler’s A Paradise Within the Reach of All Men, Without Labor, by Powers of Nature and Machinery; H.G. Wells’ What Are We To Do With Our Lives?; Louisa May Alcott’s Transcendental Wild Oats, a satirical, fictionalized account of life in the religious community founded by her father, Amos Bronson Alcott; as well as early constitutions from and letters requesting admission to experimental utopian communities.

Audio books will be available as of June 2010 at villavillanola.com, a Montreal-based website that sells recordings. To hear some of these audio archives, contact info@villavillanola.com with any questions or special requests.