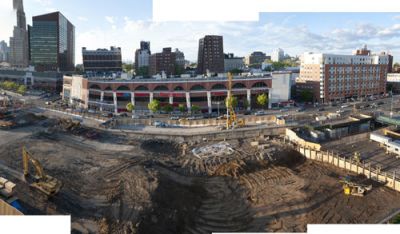 Brooklyn’s Daniel Goldstein led the fight against the Atlantic Yards mega-project for years. Days before moving out of his home, he spoke with The Indypendent about why he fought so long and what he learned.

Dozens of cardboard packing boxes were carefully stacked and labeled throughout Daniel Goldstein’s home and in the adjacent hallway. In May 2003, when he purchased the three-bedroom apartment in a converted warehouse at 636 Pacific Street, he hadn’t envisioned being on the verge of moving after being at the center of a six-and-a-half-year political and legal battle between two very different visions of Brooklyn’s future.

“It’s a great place to be and a place I intended to be for a long time,” Goldstein recalled.

Goldstein had hoped to put down roots in Prospect Heights, then an increasingly vibrant low-rise neighborhood near where Flatbush and Atlantic Avenues converge and within walking distance of Boerum Hill, Clinton Hill, Park Slope and Fort Greene. Instead, Bruce Ratner moved into the neighborhood too, and in a big way.

The billionaire developer whose giant Forest City Ratner real estate firm bears his name, announced his plan to purchase the New Jersey Nets basketball team and move it to Brooklyn. With the support of powerful political allies, Ratner was promised 22 acres of prime real estate around the Atlantic Yards rail terminal (including the block on which Goldstein lives) to build a basketball arena and 16 luxury condominium towers, a $4.9 billion dollar project that would eventually receive almost $2 billion in direct and indirect government subsidies.

Ratner’s allies hailed the project as a jobs and affordable housing panacea. A small army of opponents, including Goldstein, cried foul, saying the project was a billiondollar boondoggle that would wreck several Brooklyn neighborhoods while failing to deliver its promised benefits. And they did more than that. They got organized in a major way, forming a tenacious organization called Develop, Don’t Destroy Brooklyn, which battled Ratner and his cronies in the courts of law and public opinion for years.

Goldstein emerged as the leader of the group, through which he met his wife Shabnam Merchant, who was also organizing against Ratner’s mega-project. The last property owner holding out against the project, Goldstein folded in April, taking a $3 million settlement from Ratner after all his legal options were finally exhausted. Days before he and his family were slated to move out of their home, Goldstein took a break from the chaos of packing to speak with The Indypendent about why he had stuck it out so long, the wisdom of fighting City Hall and what he might pursue next, including a possible future in politics.

John Tarleton: So six years later, after all these battles, what would you say you’ve learned from the whole experience?

Daniel Goldstein: I’ve certainly learned a lot about how New York City and state politics work and don’t work. I learned that no matter how uphill a fight is, if it’s a worthwhile fight, and I certainly think this one was, individuals and communities need to fight. And I think that the community that fought Atlantic Yards waged an incredible fight and I think in many ways they’ve won. 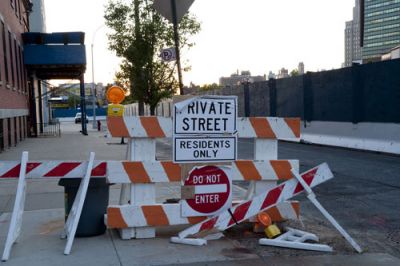 JT: What will be the long-term impact of the fight over the Atlantic Yards project on other projects like it in the city?

DG: There’s been some impact as far as the Columbia [University] expansion and the victory that property owners there had in court over eminent domain. I think many community organizations will learn from the fight we waged. If there is an attempt to ram a project like this down the throat of a community again, it will be fought in a similar fashion.

JT: What was it you felt like you were fighting for here?

DG: The fundamental issue was the process and the lack of it, and the fact that the largest project proposed in Brooklyn’s history, with a large amount of subsidies and eminent domain and a sweetheart railyard deal, never went through any vote by any elected official. What the project itself is, in terms of its scale and its eventual impact on adjacent neighborhoods, is the symptom of that fundamental sickness in which the government colluded with the developer to let the developer drive everything.

JT: What is special about Prospect Heights? What is being lost?

JT: Why did you make the deal with Ratner?

DG: On March 1, I became a tenant of New York State after the state took ownership of my apartment, from which it was preparing to evict me. Had I gone all the way to being evicted, I would have had to leave my home and then go back to court just to get maybe fair-market value for my home. Whether or not I accepted a settlement, it would not have impacted the fight against the project.

There was a four-hour back-and-forth separately between attorneys on each side and the sticking point wasn’t money, it was they wanted a complete gag order on me that I refused to accept. If I had, I wouldn’t be talking to you now or say anything ever again about the project. It was gut-wrenching. I wish it had never come to that. I would give back all of the settlement money if none of this had ever happened, if the neighborhood could be restored and grow in the way that it had been growing. 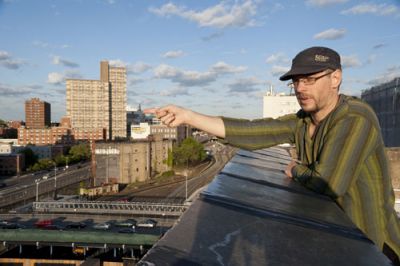 DG: I think it will be around in one form or another and I think many community groups and individuals are going to keep a very close eye on what goes on with Atlantic Yards. Forest City Ratner claims they’re building 2,250 units of so-called affordable housing over 10 years, and we and other groups have said that is just not going to happen. The State’s agreement with Ratner is to allow a minimum of 25 years to build the whole project. So there’s going to be conflict and controversy at this site for 25 to 30 or even more years. I think there’s always going to be resistance to it. But the reality is this arena is very likely to be built.

JT: How do you respond to the people who say you’re a spoiler, you thwarted new jobs, affordable housing and even the renaissance of Brooklyn with the return of a big-league sports team?

DG: Ratner is taking advantage of Brooklyn’s renaissance; he’s not bringing it on. This has nothing to do with the Dodgers leaving or some hole in the heart of Brooklyn. Brooklyn got over the Dodgers quite a long time ago. The project, for Ratner, is about building condos and market-rate rentals. And the way he enabled himself to do it was to get a team, build an arena, get ACORN on his side and get the most powerful politicians on his side because of the sports and the housing claims and the job claims. But they’re all illusory. Ratner tried to impose a vision, and he should have understood there was going to be a lot of resistance to a vision such as this one without any political process.

JT: What do you see as your future?

DG: Once I have a chance to figure out where I’m living, there’s a lot of things I want to do, but I haven’t decided on them yet. I’ve had an invitation to help the folks in Willets Point (Queens) defeat the mayor’s plan to take their properties, their businesses. I think I have developed a lot of skills that I can use toward social justice, activism and politics. Politics is a pretty seedy business in this state and I’m not sure it’s actually where I want to be, but I have a feeling it will be where I end up.

JT: Any thoughts of wanting to run for office?

DG: It’s something I never would have thought of before this whole thing and now it’s something I could imagine. [But] if I ever do run for office, I’m not sure how long I’d last because it’s a game that I find difficult to play and I wouldn’t want to play the typical political game. It’s hard to win in this city when you do it that way, and it’s hard to beat incumbents anywhere, especially here. So we’ll see.

I’ve considered getting a law degree also. I’ve gained a knowledge of what lawyers do through this and a respect for some lawyers. I’ve got to figure it out. I really have spent very little time thinking about the future over these years, I’ve been pretty absorbed in all this.

JT: If somebody came up to you and asked if is it really worth it to fight City Hall, what would you say to them?

DG: Absolutely. I think it’s worth it. Everyone should fight City Hall when they think there is an abuse of power. There’s a lot to resist and fight against and expose and try to reform certainly when it comes to eminent domain and how development proceeds in the city. 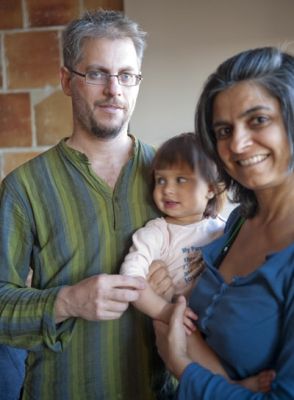