Nigerian families got the go-ahead this week from the U.S. Supreme Court to sue the drug company Pfizer for carrying out an illegal trial of a new antibiotic on their children that produced fatalities.

The families say Pfizer did not get the proper consent to test the drug Trovan on 200 sick children during a meningitis outbreak in 1996. Later testing linked the drug to liver failure. It is banned in the European Union.

Eleven children died from the testing and others were blinded, paralyzed or brain-damaged.

Pfizer attempted to block the Nigerians from suing them under the Alien Tort Statute, which allows foreigners to seek compensation in U.S. courts over violations of international law. But this claim was rejected by the Judges.

The appearance of oil-coated fish are raising fears for the fishing industry in southern Nigeria where a leakage was reported near a pipeline owned by ExxonMobil. 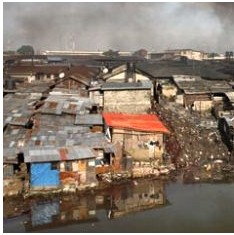 MPN, a subsidiary of ExxonMobil, on May 1 confirmed leakage at one of the company’s offshore platforms in south Nigeria in Akwa Ibom State.

Rev. Samuel Ayadi, Chairman of the state chapter of Artisan Fishermen Association of Nigeria (ARFAN), told the Nigerian news agency they could no longer cope with the spills.

“We no longer make reasonable catch, and after fueling our outboard engines, we toil day and night, yet the catch does not cover the fuel costs.

“It is hope that keeps us going; we have been running at a loss and have been praying that God will turn things around.”

Ayadi said that fishermen operating along the Atlantic shoreline recorded four oil spills within the past six months on Dec. 4, 2009 as well as March 24, May 1, and June 21, 2010.

According to the Ministry, since May 1, about 300 barrels of crude have leaked from one of ExxonMobil offshore platforms in southeast Akwa Ibom State. The story was first reported in SaharaReporters.com, a citizen journalism website.

‘AFRICA’S WORST DICTATOR’ WANTS TO SPIFF UP HIS IMAGE

The President of Equatorial Guinea, once called “Africa’s Worst Dictator,” will get an image upgrade from a former aide to President Bill Clinton. Lanny Davis will receive $1 million for the job.

EG President Teodoro Obiang Nguema Mbasogo, who seized power in 1979, is believed to have stashed about $700 million in private accounts from the first wave of revenues from offshore oil.

Davis, a regular cable news presence told the Huffington Post this week that he agreed to the contract because the African leader expressed sincere hopes of modernizing his country and implementing major political reforms.

Earlier this month, the United Nations Educational, Scientific and Cultural Organization (UNESCO) said it would delay awarding a controversial prize named after and funded by the Equatorial Guinea president after protests from over 270 organizations and former Archbishop Desmond Tutu.

A European oil company intent on drilling in a rich oil region of central Africa suffered a setback this month when the Democratic Republic of Congo awarded the drilling rights to a rising South African firm. 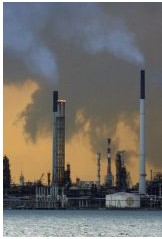 In a presidential decree published in Congo’s Journal Officiel on June 22, it was announced that oil exploration rights once held by the UK-based Tullow Oil in the Lake Albert region would go to companies owned by Khulubuse Zuma, nephew of South African President Jacob Zuma.

“We are reviewing our options but have no doubt about the legal validity of our claims to these blocks,” said the British group, which relocated its headquarters from Dublin to London a few years back.

Tullow’s earlier offer for oil rights faced heavy criticism from a London-based environmental group. The Platform group said Tullow would get excessive profits at the expense of the state. The deal also failed to fully address transparency, health and environmental concerns, Platform said.

“If recognised, Tullow’s contract will cut Congolese government revenues by over $10 billion – a figure equivalent to the country’s entire national debt,” Platform said.

Tullow holds a development deal on the Ugandan side of the lake and had been hoping to join them with the Congolese blocks.

Yacub Addy, lecturer in music at Skidmore College in Saratoga Springs, NY, is one of nine people to receive the nation’s highest honor in the folk and traditional arts:  a 2010 National Endowment for the Arts National Heritage Fellowship.

A master of traditional music of the Ga ethnic group, a creator of new works rooted in tradition, and a committed educator, Yacub Addy is the eldest living drummer in the renowned Addy family of drummers, singers, and dancers from Avenor, Accra, Ghana.

In 1982 he created the acclaimed performance ensemble Odadaa!, composed predominantly of Ga artists, which he leads to this day. He credits his elder brother Tetteh Koblah Addy (Akwei Wejei) as his primary drumming teacher.

Addy’s pioneering work has preserved and added significantly to the vibrant music and dance heritage of Ghana. “With God’s help,” he said, “I’m determined to stay true to my culture and speak the truth.”

Africa News Briefs are published by the Global Information Network each week.