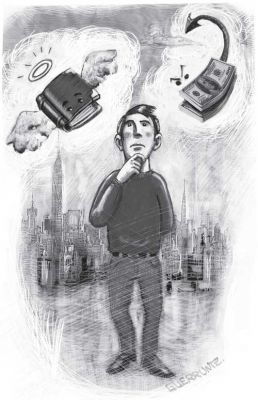 In the late 1990s, an art movement called relational aesthetics undertook, according to theoretician Nicholas Bourriaud, to put art to work. The idea was that art-making would be a socially progressive act, repairing the social gaps identified by Robert Putnam in Bowling Alone: the fragmenting of community, the demise of collaboration and so on. The art world responded by putting this principle into practice naively, with tepid gestures like serving communal meals in white-walled galleries. By 2004, influential critics Claire Bishop and Grant Kester had denounced relational aesthetics for its artworld myopia, distinguishing it from a socially conscious, “generative” art practice (Kester cited a performance by Rirkrit Tiravanija happening next door to a homeless shelter where the occupants were facing eviction).

In response to the backlash, relational art turned toward explicitly fostering “socially transformative” art that would incite debate and give participants agency. Following suit, the art world at large has experienced a curatorial trend, emphasizing interactive, teachable engagement with art. With the recent publication of a book on the subject by Distributed Art Publishers, that trend has gained a name: The Educational Turn, or “the pedagogical impulse.”

One manifestation, the lecture form, is a kind of podiumperformance art with roots in the art of Joseph Beuys: the artist as semi-shamanistic pedagogue. But “art practice” has set its sights beyond the solo performance at the lectern, on cooperative and collaborative education. The result, particularly evident in New York City, has been a preponderance of artist-run, school-like projects, all of them free or nearly so, and a flurry of talk about pedagogy.

In a March editorial for the online journal E-Flux, the editors questioned the art world’s educational turn in the context of a greater educational crisis: “[A]t a time when even the status quo of many educational institutions is threatened by budget cuts, tuition hikes, and measures … to standardize and regiment learning (see for instance the … protests throughout the University of California system or the Bologna Process in general), and [when simultaneously] the art world increasingly seems to absorb an ‘educational turn’ … it becomes … important to consider how forms of learning and exchange, of thinking and making, can take place within unstable configurations — which may or may not be educational or instructive — unrestricted by measurable outcomes or predetermined expectations.”

I attempted to answer this question in a tour of some of New York City’s anti-institutions of pedagogy: 16Beaver; The Public School; and The Bruce High Quality Foundation University (BHQFU). All different, they hold in common that they are free, do not focus on results and are run by artists. Of course, these classes — which are considered public pedagogy in the vague, still developing sense of the term — are limited to people who are on mailing lists for nonprofit art organizations, who can afford leisure time, and for certain classes offered, who already have some grasp of theory. They are a rarified pursuit to say the least. I had no illusions that these “schools” could replace the higher education system; but I was curious to see whether or not these organizations, providing a form of pedagogy exactly opposite to accredited education, could provide even a rough sketch of a real educational turn — an art practice that amounted to a real social contribution.

16Beaver’s events are lecture-and seminar-based, tending toward the jargon-heavy, if idea-rich, literature of academic art criticism. At “On Militant Research,” held at The New Museum, a mix of graduate students and activists had a self-reflexive conversation about a working-class revolution. The presenters felt complicit here and were self-conscious about the location. Activists, artists and academics whose research was neither traditional grass-roots activism nor arts, nor social science, but a hybrid of all three, presented their work. Afterward, we watched clips from films that researched social issues.

At The Bruce High Quality Foundation, things were much more informal; anyone was allowed in. I attended a writing group, where we reviewed an article I was working on. My classmates gave me pragmatic advice and suggested I pitch it to certain publications. Then we moved patiently through a film treatment that another classmate brought in. In the last hour, one of the Bruce collective members shared a photocopy of a story from James Joyce’s Dubliners. We each read aloud and discussed it in uninhibited terms.

The Public School is not one single school, but a network of locations centered around a message boardstyle website, on which anyone can propose a class. The result is an open-source curriculum that is only lightly vetted by a nonhierarchical board with rotating membership. Though founded in Los Angeles by Sean Dockery, in New York, the school was originally for architects. It has since expanded its audience. Classes include a D.I.Y. Nonprofit Class; Yogic Body Rolling; How to Project 16mm and 8mm Film, and Disorganizing Sound: 20th Century Improvised Music. I attended the first of a two-session class, The Public School and Democracy Now!: The Future of Progressive Media, that involved a field trip to the studios of Democracy Now! in Chelsea and a discussion on the role of advocacy journalism with veteran journalist Karen Ranucci.

For different reasons, each of these classes was personally enriching. But to understand these projects within the context of art practice required a substantial amount of research and preparatory reading. In order to understand what I had enrolled in, a master’s degree in art history would have been handy — and there’s an obvious irony in needing a master’s to understand the anti-institutions of the educational turn. Theory overshadowed my experiences, prioritizing the form over the content.

Of course, the organizers of any of these groups would likely reply that this is precisely the point: process, rather than content, is the priority. Todd Rohe, founder of the New York branch of The Public School says, “We don’t have to come to a conclusion to prove we were spending our time wisely.”

Having been cranked through a system of schooling and standardize testing, not to be burdened by the demand to “spend time wisely” is liberating; but if time wasted is also money wasted, how much of the “public” that these schools ostensibly serve can afford the luxury of schooling without something — new skills, a diploma, etc. — to show for it, let alone a schooling that encourages deskilling? Here we arrive back at the same critique of relational aesthetics.

Despite the gargantuan burden that theory sometimes places upon artists to engage with social issues, at a time when higher education is a commodity further and further out of reach for most of the American public, it may be disingenuous to try to see these events as anything more than poetic gestures that coincide with and reflect upon a heightened concern with education. Caught up in the promises of theory, perhaps concrete social contribution is too much to demand from the eternally unpragmatic field of art.

Keep your mind fresh and your hands crafty with these free or almost-free classes, geared toward giving busy adults a fun summer.

The SECRET SCIENCE CLUB is a free monthly lecture series at the Bell House (149 7th St., Brooklyn), featuring storied scientists talking about things you didn’t even know were important. The next talk, June 8, explores the family secrets you might discover by examining your DNA and its moral and ethical implications. Details can be found at: secretscienceclub.blogspot.com.

Learn to be handy around the house with FIXERS’ COLLECTIVE. Meetings are held on Thursday evenings at Proteus Gowanus (543 Union St., Brooklyn). RSVP in advance at fixerscollective.org.

Or become technologically adept at NYC RESISTOR, a hackers’ collective that meets regularly in downtown Brooklyn. They offer a variety of classes, that, while not quite cheap, beat going to school for a computer science degree. Check out nycresistor.com/about.

At ETSY CRAFT NIGHT, held on Monday’s at Etsy’s DUMBO offices (55 Washington St., Brooklyn), each week features a different project, or feel free to bring your own. Details are available at: etsy.com/storque/search/title/craft-night-brooklyn.

BROOKLYN BRAINERY offers $25 collaborative classes on a variety of topics, from how to make perfume to how to make decisions. Check out the catalog at brooklynbrainery.com/courses. The group is currently looking for a new space that will house more classes, a lending library of tools and supplies, and more.

TRADE SCHOOL, the Lower East Side experiment that allowed students to barter for practical classes through the month of February, is temporarily closed, but the classes were so popular, they’re raising funds to reopen in September. Track their progress and check out last February’s classes at tradeschool.ourgoods.org.