Where: All Souls Unitarian Church, 1157 Lexington Avenue between 79th and 80th Streets 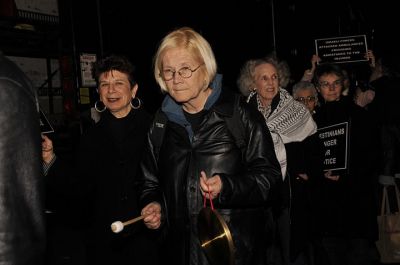 Ann Wright, retired U.S. Army colonel, former diplomat, and outspoken antiwar activist, will talk about her experiences with the Free Gaza flotilla, which was violently attacked by the Israeli Navy on May 31. Ann was a passenger on the ship Challenger, which was boarded and hijacked by the Israeli Navy. She and the other passengers were forced to spend several days in Israeli jails before global diplomatic pressure resulted in their being released to Turkey. Ann is thoroughly familiar with the situation in Gaza as well, having made three visits to the Gaza Strip in 2009 after the Israeli invasion.

Other survivors of the flotilla are also being invited to speak.The talk will be followed by questions and answers and a discussion of how to move forward to end the siege of Gaza.