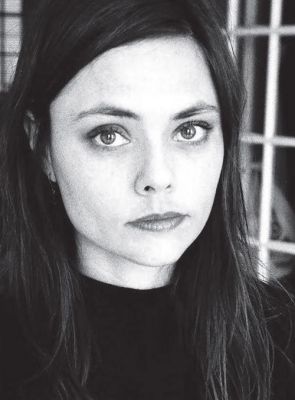 If you’ve ever taken comfort in buying “certified fair trade” instead of just organic, or optimistic about driving a fully electric vehicle within the next five years, you’ll have to think again.

Heather Rogers’ Green Gone Wrong: How Our Economy Is Undermining the Environmental Revolution dismantles the many feel-good myths about conscious consumption with an indictment of “green capitalism.” Rogers tackles issues as diverse as housing, transportation, biofuels and the organic-food niche market in a broad look at how the United States’ over-reliance on market solutions is proving fatal to the planet. While left-inclined readers may have some idea of the perverse tangles thus engendered, this is an expansive look at just how far off track market-based environmentalism has gotten us.

But the outlook isn’t all bad. Rogers’ detailed analysis demonstrates that we do have the technology for systemic change, if politics permit. Green Gone Wrong doesn’t dumb down the information, and while the science is largely settled, fully grasping the myriad social, economic and political implications can take some patience. The mess we are in is complicated, and Rogers shines a glaring light on an issue that is more pressing than any of us care to admit.

Read it alongside George Monbiot’s Heat (Doubleday of Canada, 2006) for maximum impact, or Alan Weisman’s The World Without Us (Thomas Dunne Books, 2007) to feel better about the alternative.

Irina Ivanova: I don’t think any of us would disagree with your basic analysis that we can’t pursue only market solutions to effect the green revolution, but isn’t green capitalism a step up from business as usual?

Heather Rogers: A lot of these so-called “green” products that are marketed to us as solutions are incapable of turning our dirty economy into a green economy. The market — the lever of supply and demand — isn’t capable of doing that. But it’s not just that “green” products are ultimately ineffective: they can derail deeper changes like significant energy and agriculture policy changes, things that we really need in order to protect the environment.

I went to this organic sugar plantation in South America that provides a third of all the organic sugar consumed in the United States. They’re expanding their organic cropland on land that’s been deforested, so the native ecosystem is being cleared in order to grow “green,” environmentally sound crops. This isn’t what people have in mind when they see the organic seal on the products they buy, but it’s what’s happening. There’s still a motivation for the industrial food system to transform organic, instead of the reverse, because our economy has to grow in order to avoid crisis. That means doing things like clearing forests in order to meet market demand for organic food, and doing it as cheaply as possible.

II: Isn’t this a Catch-22? For any consumer or grassroots demand to be effective it has to grow to a large scale, but once it’s large enough, it runs the risk of getting folded into this larger industrial system.

HR: Right, so do you have one large organic farm, or do you have a hundred smaller farms? There’s a popular phrase these days, “vote with your wallet.” One of the things we can do to make sure that our food comes from the hundred organic farms is to understand that shopping is not voting. Shopping is not political participation. We need to engage in politics and understand ourselves as political actors; and that means practicing environmentalism in a range of ways.

I went to upstate New York to some small farms that practice this incredibly biodiverse, environmentally conscious, holistic type of farming. It’s ecologically sustainable, but the problem is that it’s not economically sustainable. [Their products are] expensive, and it’s easy to assume these farmers are making a good living, but they’re not, because it costs so much more to farm the way they do, and they don’t have the kind of support that conventional farmers have.

If these people are supposed to lead the transformation of the food system, they have to be able to earn a living. One farmer I interviewed earned $7 an hour. And the only reason he can continue operating is that he inherited his farmland. Small farms in the United States only earn 5 to 15 percent of their income from selling their produce. 85 to 95 percent of the income on small farms is earned from off the farm — the farmer or spouse has another job; maybe they have a trust fund. We need to change the rules so that it isn’t just profitability that keeps businesses and farms going, but their ability to support the health of ecosystems and human health.

II: There’s a widespread assumption that buying from your local green market is the easiest and best thing you can do for the sustainable- food economy. It seems like such a direct and obvious action. 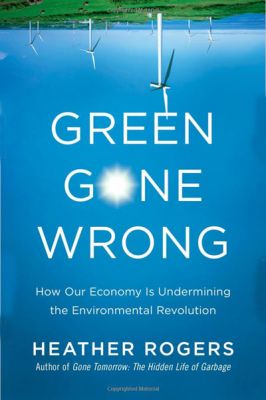 HR: It’s unfortunate, but it’s the story that nobody’s talking about. One of the big problems that these farmers face is distribution. There just aren’t distribution networks, so they’re all trucking down their vegetables to farmers’ markets in different trucks; and then there’s the criticism that there’s all this carbon [output] so local farming isn’t that environmentally sound. But there was a distribution network for local farmers that developed in the 1970s and 1980s, with the back-to-the-land movement and the rise of modern organic farming. The health-food stores that grew up at the same time had direct connections to local farms. Then one health-food store owner started buying up these distribution networks in different parts of the country, and over the course of a couple of decades, all of these networks were consolidated.

This is what happens under capitalism: consolidation shuts down the local systems that are seen as redundant. Now these farmers are reinventing the wheel, basically, and a lot of them don’t even know that there was a distribution network in place before. There has to be a different motivating force besides expanding profits.

II: I was also fascinated by your description of the problems around American-manufactured cars.

HR: It’s one of the more complex stories in the book. In 1913, the Ford Model T got 26 miles to the gallon. And now, the Ford F-150 truck gets 15 miles to the gallon. Those extra miles went into luxury. There are efficiency gains in the auto industry each year, but in the United States those gains get poured into creating more luxury, more powerful engines, bigger seats — the list goes on. The reason is if you beef up those parts, the profit margins increase. If you put those efficiencies into greater fuel economy, they can’t guarantee the same profits.

The [U.S.] Environmental Protection Agency does the testing to determine fuel efficiency, but since they started doing this in the 1970s, they overestimate the miles per gallon. And unlike SUVs and large trucks, where the profit margins are in the thousands of dollars, small, fuel-efficient cars yield smaller profits, and sometimes they’re even money-losers.

II: If consuming smarter isn’t the answer, does it come down to consuming less? And how do you drive that message home to people who don’t want to hear it?

HR: We need to consume less, bottom line. Part of that is having a mature politics, whereby we can figure out how to do that without diminishing our quality of life. If we can separate development from growth, then we make steps in that direction. It’s not a product that people can buy — it’s a political and social process. We all need the environment; the point isn’t to not touch it — we need the food and materials that we extract from it to meet our daily needs. But how can we do that without destroying the planet? There’s nothing innately human about the amount and toxicity of waste that Americans create — it’s [a function of] our economic and political system.

II: So is this a question of policy, or individual involvement?

HR: Well, it’s both. In Freiburg, Germany, 15,000 people live in two different eco-communities that have been around for over a dozen years. They have super-energy-efficient housing, transportation systems that prioritize mass transit and bicycles over cars, they have car sharing for people who need cars — it’s a very welldesigned project with a mix of energy sources like wood waste, solar and wind, and some natural gas, but they use their energy very frugally. The community is mixedincome.

And the neighborhood is the product of an ongoing process of engagement. The people who live there worked together to start the neighborhood and continue to maintain it. They work with the local government — they’ve influenced some federal policies — but they understand it’s an ongoing process. The day after I left, there was a meeting with the City Council, because the city is constantly trying to get the community to ease their rules [regarding car ownership], and they don’t want to.