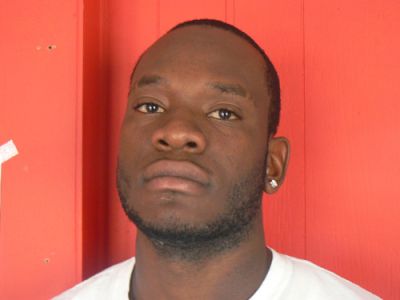 Samuel J. Tilden High School, one of the last schools in Brooklyn to offer bilingual instruction in Haitian Creole and English, will close its doors this summer despite more than three years of struggle by a coalition of community advocates against the city’s Department of Education.

John Lawhead, an English instructor at Tilden for the past six years, says 50 of the school’s 123 seniors may not pass their Regents exams in time to attend graduation later this month. While the New York City Department of Education (DOE) will now offer English language Regents prep classes to Tilden’s students this summer, advocates say summer school alone is not an effective remedy to this structural problem.

“It’s extremely discouraging because it clearly takes tremendous efforts — more than three years of full-time activism — to extract the most minor concession of the DOE,” said Leonie Haimson of the education nonprofit Class Size Matters. “I find it unbelievably perplexing why they wouldn’t want these students to graduate.”

Many of the school’s Haitian Creole speaking students, who make up the majority of the student body, have already left the school because they did not think they could earn their degrees in time.

“I have friends who gave up and dropped out of Tilden because they knew they couldn’t graduate by June,” said Jerome Djisy, a senior at Tilden.

It often takes students who are learning English as their second language five or six years to complete high school, especially since many of them need to learn reading, writing and language skills, Lawhead said.

In 2006, the school graduated ELL students at a 25 percent higher rate than similar schools.

Come fall, senior students at Tilden who are over 17 years of age will be funneled into GED prep classes or Young Adult Borough Center programs, which critics say lack necessary language instruction.

The summer classes are a direct result of an extended community effort spearheaded by Darnell Benoit, the executive director of Flanbwayan, The Haitian Literacy Project, which mobilized Haitian community members to ensure that Tilden’s senior class would graduate.

Jerome, 20, says he and his sister, Mackenzie, 18, who came to the Brooklyn from Haiti in 2007, are prepared to attend summer classes at Tilden if necessary.

“We will do whatever it takes. We are going to keep on studying and I know we are going pass our exams,” Jerome said.

The school has changed substantially since Jerome began attending Tilden in the fall of 2006.

“It was a great school when I started going there, people would fight sometimes but everyone was learning really well,” said Jerome, who came to East Flatbush, Brooklyn, in Sept. 2006 from Port-au-Prince, Haiti.

The DOE targeted the school for poor performance after Tilden’s four-year graduation rate hovered below the standard 50 percent to 45 percent from 2002 to 2005.

As of 2007, Tilden no longer offered bilingual education — nor did these newly created small schools, despite laws requiring them to do so. In bilingual education, classes are taught in students’ native language, which differs from English as a Second Language (ESL) programs.

After hearing similar concerns about the “phase-down” of Lafayette High School in Bensonhurst, Brooklyn, which stopped offering bilingual instruction in Chinese and English in 2007, Advocates for Children launched an investigation.

A scathing June 2009 report entitled “Empty Promises: A Case Study of Restructuring and the Exclusion of English Language Learners in Two Brooklyn High Schools” documented how students were systematically pressured to leave the ELL program and settle for GEDs, and only the students with the best test scores were allowed to transfer to other schools.

“The DOE will not get a second chance with the hundreds, probably thousands, of ELL students who have not received proper ELL services, have been forced to attend large failing high schools and have been pushed out of school,” Advocates for Children concluded in its report.

The DOE did not respond to a request to comment for this article.

Jerome and Mackenzie’s summer plans will be determined when their test scores are released soon after The Indypendent goes to print. They are both confident that they have passed their last Regents exam, which was in English.

“I think the schools in Haiti are better, because you learn through memorization. Here, it’s all about tests,” Jerome said.