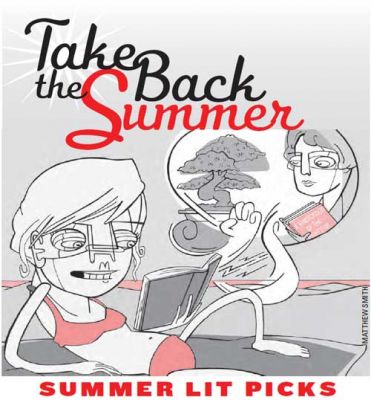 It’s hard to come by a political optimism that isn’t served up with winking campaign propaganda or tone-deaf idealism, but two recently published books that survey the dark developments of our time through the eyes of preeminent intellectuals read like affirming challenges to forge a better world. Political Awakenings: Conversations with Twenty of the World’s Most Influential Writers, Politicians, and Activists (New Press) is an empowered compilation of Harry Kreisler’s interviews with the late Howard Zinn; Elizabeth Warren; Tariq Ali; Iranian human rights Nobelist Shirin Ebadi and other leading lights of the left, including Noam Chomsky, whose latest book bears the equally uplifting title Hopes and Prospects.

Political Awakenings is the best kind of interview compilation, extracting intimate, funny and inspirational reflections from these towering figures on the personal experiences that formed their politics. Chomsky’s gaze is as sharp and unflinching as ever in Hopes and Prospects, with the historical, statistical and anecdotal elements of his prose in powerfully resonant balance.

Tackling U.S. – Latin American relations, Iraq and the fate of civil freedoms in the Obama years, he reads the recent past — and the present — with an eye toward the horizon of real change, beyond hope.

King of the Flies: Hallorave
Story by Pirus, art by Mezzo. Translated
by Helge Dascher and John Kadlecek
Fantagraphics, 2010 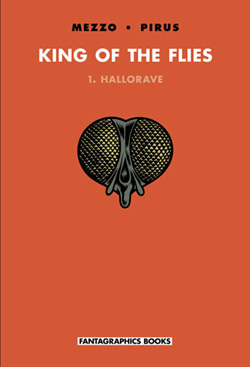 The book evolves from seemingly unrelated short stories that gradually intertwine to form a single complex tale that follows, for the most part, a young derelict living with his recently divorced mom and a cast of his shady friends. The self-referential angst often present in tales of young woe is absent; instead, the awful and the commonplace come together in a way that casts doubt on both, and on the reality these kids are living.

The comic’s creators, Mezzo and Pirus, are best known in Europe for a series of gangster stories, but are virtually unknown this side of the Atlantic. King of the Flies has been compared to the work of Charles Burns for its graceful depiction of adolescent suburban horror. This is a weird tale that’s easy to get drawn into, and thankfully Fantagraphics will release the second installment, Volume 2: The Origin of the World, in the fall.

On June 18th the world suffered the loss of Nobel Prize-winning novelist José Saramago, a fiery peasant fabulist whose communism and atheism were the source of much public controversy in his native Portugal. Co-founder of the National Front for the Defence of Culture in Lisbon, Saramago was a libertarian communist, a lifelong member of the Portuguese Communist Party and a relentless thorn in the side of the Catholic Church. In 1992, the rightwing Portuguese government removed The Gospel According to Jesus Christ — perhaps the most vertiginously simple and exacting novel of an era — from shortlist candidacy for European Literary Prize. Despite a struggle against censorship that plagued him until his death, Saramago saw God and democracy as problems meant to be resolved through openness and goodwill. His oeuvre relies on an old-fashioned mythopoesis rooted in the glaring clarity of pastoral wonder, as well as a resolute political commitment equivocated with bucolic wisdom. Saramago praised Kafka for teaching us that man is a beetle; through his meticulous literary parables, Saramago, who spent his childhood among pigs, showed us the transcendence that distinguishes human beings from cattle.

No contemporary author was more sensitive to historical time and its vicissitudes.  His characters, from Baltasar in Baltasar and Blimunda to the Gospel’s Joseph, are often swept into monumental acts of plebian labor and bloodstained persecution.  This painful endurance of time inflamed Saramago’s impatience with injustice and lying; again and again, we find his characters demanding fairness and deep, dialectical thinking.  Pastor, one of the author’s great leftist creations, reacts stoically to the young Jesus of the Gospel, who has just sacrificed a lamb to a trickster God: “With the tip of his crook Pastor drew a line on the ground, a furrow deep as a pit, insurmountable as a wall of fire, then told him, You’ve learned nothing, begone with you.”

In turn, Saramago, who loathed hierarchy, implored the left to know the world by living within it, not above it.  As he said little over one year ago, “We are correct and being correct helps those who propose to construct a better world before its too late.” For Saramago, this correctness requires us to surmount religious authority, land ownership, and state capitalism at every turn. It also means a “Marxist re-reading of Marxism [that] would help us to open up more generous pathways into the act of thinking.” Still more provocatively, Saramago’s novels can be read as an attempt to replace the ideology of secularism with a non-dogmatic atheism.

Saramago’s own attitude toward death denied mystification. All things being equal, he preferred to poeticize death’s physical nature, or simply to tell a story. Shortly before his own death, he relayed the parable of his grandfather Jerónimo, “who in his final hours went to bid farewell to the trees he had planted, embracing them and weeping because he knew he wouldn’t see them again.” Saramago’s vital tonic was writing, or as he put it, “the universal medicine called work.” For some of us writing is our good work. And Saramago’s death, that is to say his life spent writing, recalls Dostoevsky’s piercing injunction: “The work is only beginning, but it has begun.” 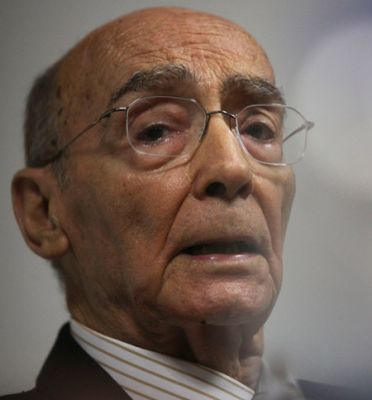 This summer, explore the literary masterpieces that made this late master loathed by the right wing and beloved by millions of readers around the world.

The Gospel According to Jesus Christ (1991; Published in English 1994)
In this fictionalized retelling of the life of Jesus Christ, Saramago portrays a humanized version of Jesus of Nazareth as flawed, complex, and full of doubts and passion. This novel earned Saramago the censorship and controversy that would plague him in his native Portugal until the end of his life.

Blindness (1995; Published in English 1997)
An epidemic spreads throughout a nameless city, stealing the sight of its citizens. The blind, who can only see white light, are rounded up into confinement in camps, wherein moral authority coalesces in a small group and the consequences are borne out in a violence that leads to a military order in this fantastical, suspenseful tale about survival and social power.

All the Names (1997; Published in English 1999)
An homage to the bureaucratic labyrinths of Kafka’s All the Names is one of the great political novels of the late 20th century, examining power, order, chaos and individuality.

Seeing (2004; Published in English 2006)
The sequel to Blindness, Seeing follows the story of “the seeing woman,” the wife of a doctor who, despite following him into the camp, does not lose her own sight, causing suspicion and ill will amongst the other citizens. When a parliamentary election in the city turns up an majority of blank ballots, a struggle ensues to understand and dissolve the illusive non-movement of blank-voters.

TEXTS +TEXTURES: A WRITING WORKSHOP
July 10 • 1:00pm
If you are interested in experimental writing, and spending a Sunday afternoon talking about experimental writing with other experimental writers is your idea of fun (yes!) sign up for The Public School’s free workshop. Faciliatated by Mimi Zeiger, who blogs at LoudPaper, the workshop will be a chance for writers of all stripes to get together and apply methods of research and inquiry from fields like anthropology, sociology, philosophy, art, architecture, design and to writing about the city. A multi-media approach that may include text, drawings, still images, and video, will be encouraged.
177 Livingston, Brooklyn
RSVP: http://nyc.thepublicschool.org/class/1968

STORYCORPS; THE MOTH
All summer long, you can spin a yarn or tell a “shaggy dog” to a group of strangers. Make a reservation with your mom, your grandma, your buddy, and go to the Story Corps booth in Thomas Paine Park in the financial district. Your conversation will be recorded on a CD and preserved with more than 50,000 others at the American Folklife Center at the Library of Congress.

Another option would be to attend The Moth Story Series. The Moth is a non-forprofit story-telling organization, founded in New York in 1997 by poet and novelist George Dawes Green, and is now a semi-regular event hosted in different places like the Housing Works Bookstore Cafe, The Bitter End and The Nuyorican Poets Cafe. The event is quite successful and has since spread to locations in New Orleans, Detroit and Chicago. Event prices range from $5 to $40, so check the schedule.
—MIMI LUSE