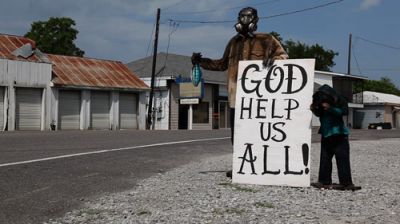 The BP Deepwater Horizon oil spill has again focused the nation on southern Louisiana. For the second time in less than five years, we are on the front pages of U.S. newspapers. And again, this region is terribly misunderstood.

Easy explanations miss the reasons why this area is so vulnerable. The national media have a tendency to see things through a close-up-lens — capturing the details while utterly missing the larger context. This disaster has not only been a long time coming, but it is only one of a series of disasters.

The people of southern Louisiana are paying for this nation’s unsustainable dependence on petroleum, its addiction to cheap imported seafood and its failure to invest in the constructed and natural infrastructures (like levees and wetlands) that allow us to survive here. The oil extracted off our shores and processed in refineries here does not go only to Baton Rouge, Houston and Shreveport; it powers the transportation systems of the nation. Seafood harvested from the Gulf of Mexico is prized in markets nationwide. Much of the bulk cargo (such as coffee) imported into the United States goes through Louisiana’s ports. And tourists go on partying behind New Orleans’ patched-together levees. Our relationship with the energy industry means we subsidize the “post-industrial green” economies concentrating the dirty, dangerous work of fueling America along the Gulf Coast. We live at ground zero in this uneven development of pollution, risk and disaster — the other end of which is your gas tank.

The ongoing oil spill disaster rests against the background of another disaster: the slow land loss in southern Louisiana, accelerated by thousands of miles of canals cut through the coastal wetlands for oil exploration and navigation. Salt water now intrudes far inland, while the U.S. Army Corps’ levees deny the coastal estuary fresh water and nutrient-rich sediment from the Mississippi River. This delta, which took thousands of years for nature to build, is vanishing in mere decades.

In the last 100 years, some 1,900 square miles of coastal Louisiana, an area the size of Delaware, has been lost. It’s estimated that a football-field sized chunk of land is lost every 38 minutes across the coastal Mississippi delta.

But all of that is abstract until you stand on the edge of brackish water where homes and businesses once stood. Land loss has not only made south Louisiana residents, including New Orleanians, more vulnerable to hurricanes, it’s displacing entire communities.There is steady and quiet outmigration of residents who take with them knowledge of the culture and landscape. They remember when cattle grazed on dry land where today one finds only broad expanses of water; they recall live oaks and freshwater swamps, bisected by bayous and lakes before they were swallowed up by the Gulf. The oil companies have never been held accountable for their role in this other, slower disaster.

HOOKED BY THE PINK GOLD RUSH

For all the attention given to the effects of the spill on Louisiana and Mississippi’s commercial fishermen, media coverage of this disaster again highlights the small, visible aspect of a much deeper crisis. The globalization of the seafood industry in the last 25 years means Americans eat seafood harvested from across the world, often grown on aquaculture farms, rather than what is caught along our own coasts. While Louisiana produces some 40 percent of the domestic shrimp harvest, imports make up about 85 percent of American shrimp consumption. That makes Louisiana’s U.S. market share just 6 percent. The constantly growing amount and low price of these imports, mostly farm-raised shrimp from ponds in Asia and

Central America, have destroyed the profit margin of U.S. shrimp fishermen in the past decade. Since 2001, the geographic expansion and technological development of shrimp aquaculture has proceeded rapidly, and major restaurant and supermarket chains have formed strategic alliances with the global shrimp industry to capitalize on this “pink gold rush” that has driven down shrimp prices for producers worldwide while boosting their profit margins. So while Louisiana shrimp were (until this April) a relatively healthy, productive fishery, they have simply been drowned out by the volume of imports.

The disastrous hurricanes Katrina, Rita, Gustav and Ike in 2005 and 2008 compounded this profit squeeze, forcing hundreds of shrimpers out of the business. Those who remain are now in an extremely precarious position where any new shock could bankrupt them. Just as the oil spill is on the surface an uncontrollable, unpredictable event that predictably resulted from government collusion with corporate greed, the present crisis of commercial fishing is the immediate manifestation of larger economic and political forces.

So while sympathy and contributions to help fishermen affected by the Deepwater Horizon disaster are welcome, real systemic change will come from understanding their situation in light of the concentration of power in the food industry. The resurrection of international commodity agreements that once supported fair farm prices is greatly needed to check the enormous power of global agribusiness. Consumers can also form direct links with Gulf seafood producers through programs like Fair Trade and Community Supported Fisheries, which hold promise for addressing the root causes of today’s problems by forging alternative ethical markets for sustainably harvested seafood produced by family fishers.

THE POWER OF PETROLEUM

To understand this landscape, one must grapple with the complex layering of Native American, Cajun, African-American, Anglo and Vietnamese cultures and centuries of capitalist resource extraction upon this battered but still bountiful land.

In what must seem like a cruel irony, the coastal Louisiana parishes most dependent on commercial fisheries and the health of the Gulf’s estuaries are also those most dependent on offshore oil and gas production. Since oil was discovered in Louisiana in 1901 and Standard Oil (today’s Exxon) built a huge refinery in Baton Rouge in 1909, the state’s economy and politics have been soaked in petroleum. Eighty years ago, populist Gov. Huey Long built a legacy of roads and bridges, provided free school books and opened charity hospitals — all paid for with oil revenues. Gov. Long also maneuvered the fledgling Texaco Company into the huge new discoveries along Louisiana’s coast in the 1930s. These fields fueled a surge of petro-industrialization in the following decades, until the oil bust of the mid-1980s plunged Louisiana into deep recession and fiscal crisis.

Today, southern Louisiana is an island of blue-collar manufacturing jobs in a sea of U.S. deindustrialization, an anti-union industrial enclave where a high school diploma and mechanical skills can earn someone a living wage. The active oilfields are now largely offshore, but onshore workers weld, sandblast and fabricate the rigs, ships and myriad tools and equipment that keep the archipelago of nearly 4,000 platforms in the Gulf supplying about a quarter of the total domestic oil extraction and a sixth of its gas production.

Louisiana is also the main terminal for importing foreign oil to be refined into products such as gasoline, chemicals and plastics. This concentration of refineries, power plants and factories along the Mississippi River between Baton Rouge and New Orleans makes Louisiana’s economy the most energy-intensive in the nation. The disproportionate share of the chemical industry in Louisiana’s industrial base, the large-scale nature of chemical facilities there and the industry’s power over government regulation meant that Louisiana’s ratio of toxic pollution per chemical industry job was the highest in the nation in 1994, twice the ratio for the closest competitor, Texas. Louisiana is one of the top per-capita emitters of greenhouse gases, ranking fifth in the country (New York is 49th).

So while Louisianians make a living working for the oil industry, they also primarily bear its costs. We have not witnessed a groundswell of opposition to the industry in Louisiana, not just because of the profound influence of oil money in state politics, but also because of the lack of alternatives for sustainable economic development. While the recession rages elsewhere, the south Louisiana oil patch has the lowest unemployment rate of any area in the nation, as high oil prices continue to stimulate feverish offshore exploration and production. The dependency of the local labor market and tax structure means that almost everyone in south Louisiana vehemently defends offshore drilling. However, the ongoing oil spill’s damage to Louisiana’s fisheries, reputation and the future of the offshore industry itself has provoked a sharp sense of anger and exasperation at BP and the federal government’s mismanagement of the industry.

The concern of other states around offshore drilling rings a bit hollow in Louisiana, for the rest of the nation readily consumes Louisiana’s oil and gas without paying for the decades of devastation to the Mississippi Delta’s wetlands or this decade’s multiple disasters. The talk of freezing offshore drilling sounds to them much like those arguments just after Katrina for simply abandoning New Orleans: convenient excuses to avoid paying for disasters rooted in the exploitation of Louisiana for the profit of others, shifting the burden of disaster on the victims instead of addressing the interdependent, but highly unequal, relationship that has concentrated risk, pollution and the destruction of nature in south Louisiana — while accumulating capital and power elsewhere. 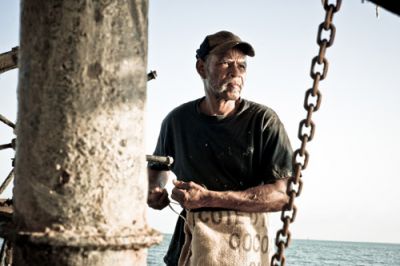 The demand by some groups to shut down offshore drilling divides environmentalists from Louisiana’s coastal residents, who are afraid this spill will cause mass layoffs due to disinvestment by the global oil majors, which can shift operations to Nigeria, Brazil, the Mideast or Indonesia. There is a real concern that the deepwater oil industry will simply cut and run from the Gulf and take its drilling platforms abroad. “Shock therapy” deindustrialization and mass capital flight is not justice for the people of Louisiana, who did not cause this oil spill and are suffering the most from it.

The burden of responsibility needs to be on BP, an oil company whose safety record is among the worst in the industry. A more radical demand than “no drilling” would be the seizure of BP’s oil leases and assets along the Gulf coast as compensation for this disaster. A nationalized oil sector would fund the recovery of the Gulf coast and provide the desperately needed money to save the remainder of the Mississippi Delta, following the example of Venezuela and other countries’ “petro-nationalist” redistribution of the huge revenues from energy production. At a minimum, we should not allow the oil and gas industry to leave the Gulf simply to recreate elsewhere the conditions of unregulated, rapacious extraction that led to the Deepwater Horizon. Rather than demanding that the oil companies pulltheir investments out of the Gulf, we should take a global perspective, organizing with people like the East Timorese, another coastal people who are fighting to control their offshore energy resources and who just last year faced an offshore blowout and huge oil spill in the Timor Sea.

Another model from which we can learn is the recent proposal put forth by Ecuador for keeping a huge oil reserve in the ground in exchange for payments based on the carbon emissions avoided by its preservation. This could lead to alliances between environmentalists and coastal Gulf residents, because unlike carbon offsets based on the conservation of forests, the deal here does not involve the enclosure of land from use by local people, but the enclosure of sub-soil resources from access by multinationals. Such a proposal would return vital revenues to Louisiana in order to restore the coastal wetlands and protect residents, as well as directly reducing the emission of carbon in the consumption of the oil. Such a proposal could begin to transform the oil-dependent Louisiana economy without further reducing its people’s resources and income.

Brian Marks, from Terrebonne Parish, La., is a PhD candidate in geography at the University of Arizona. He is currently writing (with co-author Christian Roselund) The New Deal in Reverse, a book on New Orleans’ public services from Huey Long’s “petro-populism” to post-Katrina neoliberal restructuring and destruction.