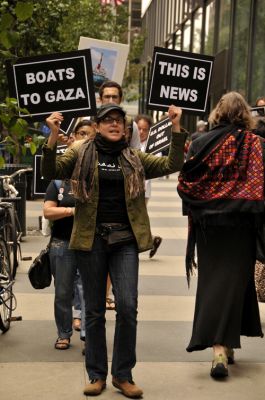 Activists have launched a national campaign to send a U.S. boat to Gaza that will sail with a flotilla of ships from Europe, Canada, India, South Africa, and parts of the Middle East this fall. Participants hope to break through the three-year Israeli naval blockade of Gaza. In May, a similar effort comprising six boats was attacked by Israeli military forces. Nine activists on the Turkish ship Mavi Marmara were killed and dozens wounded when Israeli commandos boarded the ships, arresting some 700 passengers, and seizing the boats.

The boat will be called The Audacity of Hope (irony intended) and funds are urgently needed to purchase the ship, hire a crew, secure licenses, and buy material aid. For more information, see ustogaza.org.