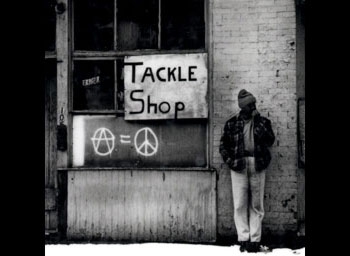 With the conclusion of the G20 protests in Canada, the inevitable post-mortem dissection has begun in earnest. Activists prepare to file lawsuits, organizers vow to do things differently next time, police pledge to investigate further, the media highlight the purported “destruction” before moving on to the next big story, and world leaders promise to continue their efforts unhampered by the misguided protesters. And, as is by now par for the post-protest course, pretty much everyone seems to cast blame on “the anarchists.”More recently, in the aftermath of the Oscar Grant verdict in Oakland, the media fan the flames by blaming the few stray acts of window-breaking and looting on “self-described anarchists,” while police officials emphasize that this de facto terrorist segment justifies their conduct vis-à-vis protesters in general. More rifts develop in the streets, and although a tenuous solidarity is at times expressed as well, the lasting images once again are of anarchists acting in seemingly unproductive ways that put the interests and safety of larger movement contingents in jeopardy.

These are but two recent examples of a phenomenon that has been regularly played out in North America since at least the WTO protests in Seattle in 1999. Antipathy toward anarchists seems to have increased steadily since then, not only from corporate elites and law enforcement officials, but from a number of fellow movement participants as well. Ironically, this comes at a time when interest in anarchism among activists has greatly expanded, and likewise when its impact upon American activism in general has seen a strong resurgence in recent years.

Critical voices regularly chastise anarchists without indicating that they fully understand what anarchism actually is. But anarchists as well oftentimes seem to act in contravention of both historical and political senses of what anarchism represents. This is further made problematic by the basic fact that anarchists generally eschew doctrinaire definitions and ideological litmus tests, suggesting that people ought to be free to define their own actions and ideas in the manner of their own choosing. And yet, a kind of orthodoxy that increasingly seems like “fundamentalist anarchism” may be taking hold among some sectors that posture as “real revolutionaries,” who denigrate as “pathological” those who would seek to deploy their version of anarchism in less spectacular ways than overtly “smashing the state” by striking at some of its symbolic targets.

Interestingly, this plays right into the hands of the caricature of anarchism as violent, bomb-throwing, chaotic behavior that seems to be the first question one gets asked when their anarchism is presented in mixed company. Indeed, I always enjoy getting that inevitable query: “Isn’t anarchism just violence and destruction?” To which I usually reply: “How many people would you estimate have been killed by anarchists in the last hundred years? Now, how many would you say have been killed by liberals, or conservatives, in that time frame? If a lawyer or corporate manager were here before you now, would you ask about the blood on their hands or just let it slide as part of business as usual? The state didn’t save us from the violence of anarchy — it simply monopolized it, institutionalized it, and expanded its role in our lives.”

I recently had the opportunity to facilitate a series of workshops on “Anarchism and Nonviolence” in the U.S. and Canada. As one might expect, spirited conversations ensued in which many powerful young voices felt challenged by the notion of being nonviolent in a world that in their lifetimes has appeared as inherently violent. Indeed, these issues get at the heart of matters of ethics, tactics, and visions for the future, comprising some of the most basic concerns for social movements and individual consciences alike. One of the exercises we did in these workshops was to create a working definition of anarchism, and then one of nonviolence. Comparing the two lists, many overlapping values emerged: self-governance, rejection of domination, respect and mutual aid, antiwar and anti-oppression practices, solidarity, a radical egalitarianism, and the politics of “prefiguring” the future society. Further, it was pointed out that both notions, (an)archism and (non)violence, trace their linguistic origins to the negation of something — yet have developed proactive self-definitions despite an initial reactive framing.

And the synergies don’t end there. Among the anarchist milieu, we find figures such as Emma Goldman, who dabbled in the use of revolutionary violence in her younger days but came to reject it in her later years. She once told her comrade and coconspirator Alexander Berkman that “violence in whatever form never has and probably never will bring constructive results,” and further elucidated her position that “methods and means cannot be separated from the ultimate aim. The means employed become, through individual habit and social practice, part and parcel of the final purpose.” In the end, Goldman saw nonviolence and revolution as intertwined:

It is one thing to employ violence in combat as a means of defense. It is quite another thing to make a principle of terrorism, to institutionalize it, to assign it the most vital place in the social struggle. Such terrorism begets counter-revolution and in turn itself becomes counter-revolutionary.… The one thing I am convinced of as I have never been in my life is that the gun decides nothing at all. Even if it accomplishes what it sets out to do — which it rarely does — it brings so many evils in its wake as to defeat its original aim.… If we can undergo changes in every other method of dealing with the social issues we will also have to learn to change in the methods of revolution. I think it can be done. If not, I shall relinquish my belief in revolution.

Another parallel to consider is the inherent anarchism of Mohandas Gandhi’s worldview. Known of course as an iconic figure of nonviolence, Gandhi likewise borrowed from and advanced many aspects of anarchism in his social and political philosophies. As described by Josh Fattal in the Winter 2006 edition of Peace Power, Gandhi’s anarchism was made plain in myriad ways:

Mohandas Gandhi opposed the State. The State is the military, police, prisons, courts, tax collectors, and bureaucrats. He saw the State as concentrated violence. “The State represents violence in a concentrated and organized form. The individual has a soul, but as the State is a soulless machine, it can never be weaned from violence to which it owes its very existence.” Gandhi recognized that the State claims to serve the nation, but he realized that this was a fallacy. “While apparently doing good by minimizing exploitation, [the State] does the greatest harm to mankind.” According to Dr. Dhawan, Gandhi was a philosophical Anarchist because he believed that the “[the greatest good of all] can be realized only in the classless, stateless democracy.” While Gandhi advocated democracy, he differentiated between direct democracy and western democracy…. He had no more appetite for majority democracy of America; “It is a superstition and an ungodly thing to believe that an act of a majority binds a minority.” By centralizing power, western democracies feed into violence. Thus, he thought decentralization was the key to world peace…. Reiterating the idea of Anarchy, Gandhi said, “In such a state (of affairs), everyone is his own ruler. He rules himself in such a manner that he is never a hindrance to his neighbor.”… Gandhi’s concept of swaraj elucidates the connection between the individual and society. Swaraj translates into ‘self-rule’ or ‘autonomy.’…  The principle of swaraj ultimately leads to a grassroots, bottom-up, ‘oceanic circle’ of self-ruling communities.

Anarchists will recognize many familiar themes here, including autonomy, self-governance, decentralization, self-sufficiency, and a federated network of horizontal communities. As Gandhi explained:

Independence begins at the bottom… It follows, therefore, that every village has to be self-sustained and capable of managing its own affairs…. In this structure composed of innumerable villages, there will be ever-widening, never ascending circles. Life will not be a pyramid with the apex sustained by the bottom. But it will be an oceanic circle whose center will be the individual. Therefore, the outermost circumference will not wield power to crush the inner circle but will give strength to all within and derive its own strength from it.

There are more such examples — as well as some that contradict the thesis being advanced here, of course — but a fuller exposition will necessarily await another opportunity. The point of offering this nexus between anarchism and nonviolence at this juncture is simply to suggest that we look for ways to support and bolster both paradigms since they are increasingly coming into contact with one another in the real world of on-the-ground activism and organizing. Rather than repeat useful but by now tired mantras about respecting a “diversity of tactics,” we might consider instead looking to generate a “complementarity of tactics” in which the choices we make are mutually-reinforcing. This is particularly true in an era when provocateurs and propagandists alike can easily exploit the tensions among movement cohorts to denigrate all.

It seems to me that this is a matter of urgency for our movements. I’m not going to assert that my reading of anarchism as inherently nonviolent is somehow correct or true. I am, however, strongly suggesting that anarchists consider the implications of the moment in which we find ourselves. The “useful idiot” sense of anarchists becoming the justification for the escalating police state and all of its retributive techniques against activists in general has become palpable (even as we recognize it as obviously fallacious and revisionist). What worked once or even a few times as a tactic can grow stale when done repeatedly, and frankly begins to seem neither creative, spontaneous, or very anarchistic at this juncture. Not to mention that it has created a situation so rife with the prospect of infiltration that it cannot even be certain any longer whether anarchists themselves are in fact guiding their own course of conduct and self-definitions.

This may not win me any new friends among fellow anarchists, yet it needs to be said: Anarchists ought to publicly and demonstrably proclaim their nonviolence, especially in the context of mass demonstrations. This will make it clear that any violence done in that theater — which time and again is used to legitimize mass arrests, bloated police budgets, and the rest of the fascistic enterprise — is not the product of anarchists but more likely of agents of the state itself. After all, that is the basic notion being advanced, isn’t it? To wit: the state (including its corporate underwriters and beneficiaries) is inherently violent both overtly and structurally; anarchists above all reject the state and thus would do well to highlight the fundamental contrast. “The state is violent, and we are not” would be a very good place to start the discussion.