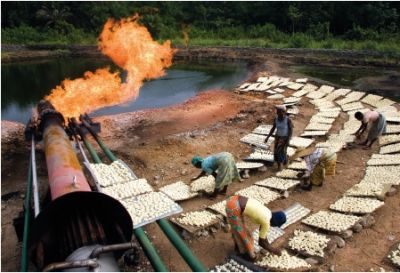 Curse of the Black Gold: 50 Years of Oil in the Niger Delta
powerHouse Books, 2008
Photos by Ed Kashi
Text by Michael Watts

One of the largest oil producers in the world, Nigeria exports 1.1 million barrels of petroleum a day to the United States. The continuing BP oil disaster in the Gulf of Mexico has refocused attention on the vast Niger Delta, home to thousands of oil and gas installations and an array of militant groups waging armed struggle against Western oil companies, a kleptocratic state and ruthless military forces. More than 5,000 miles from U.S. shores, the equivalent of an Exxon Valdez’s worth of oil has reportedly poured into the lush delta every year for the last 50 years.

The following material is from Curse of the Black Gold: 50 Years of Oil in the Niger Delta. Featuring images by world-renowned photojournalist Ed Kashi and text by University of California at Berkeley Professor Michael Watts, this book traces the history of forces involved in oil extraction and the resulting environmental degradation and community conflicts that have plagued the delta region. 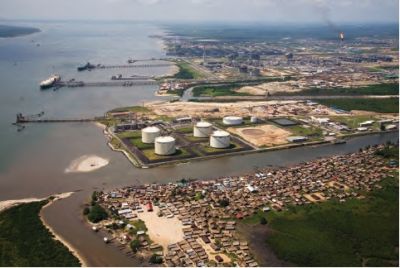 The complexity, diversity and magnificence of the Niger Delta is best appreciated from the air: a massive wedge of green, cross-cut by a bewildering maze of channels, creeks, tributaries, estuaries and islands. It is a vast sediment pile laid down over 60 million years, stretching over 28,000 square miles and protruding 150 miles into the Atlantic Ocean along the West African littoral. It is one of the world’s largest deltas, comparable in grandeur and scale to the Mississippi, the Ganges and the Mekong.

Occupying 12 percent of Nigeria’s territory, the delta is home to an estimated 28 million people, overwhelmingly poor. The core states — Bayelsa, Rivers, Delta and Akwa Ibom — account for half of the regional population and for more than three-quarters of onshore oil production. Cities like Warri, Port Harcourt, Sapele and Ughelli have developed on islands of drier terrain at the heads of navigable estuaries, but in general the population is predominantly rural. 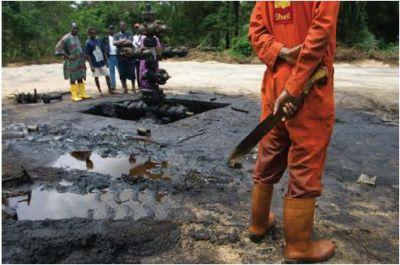 The first barrels of Nigerian crude oil destined for the world market departed from Port Harcourt harbor on Feb. 17, 1958. The oil had been discovered in the central Niger Delta in 1956 at Oloibiri, about 60 miles west of Port Harcourt. Shell-BP (as it then was) sunk 17 more wells in Oloibiri and the field yielded more than 20 million barrels of crude oil before operations ceased in the 1970s.

In the 1960s Oloibiri had a population of 10,000; it is now a wretched backwater, home to barely 1,000 souls who have no running water, no electricity, no roads and no functioning primary school; the creeks have been so heavily dredged, canalized and polluted that traditional rural livelihoods have been eviscerated. 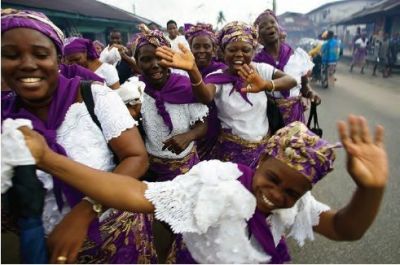 It was in Oloibiri that Isaac Adaka Boro, an Ijaw nationalist and leader of the Niger Delta Volunteer Service — who proclaimed, “Remember your petroleum, which is being pumped out daily from your veins, and then fight for your freedom” — was born in 1938. Declaring an independent Niger Delta Republic on Feb. 24, 1966, Boro’s famous “Twelve Day Revolution” was a foretaste of what was to come.

Boro’s immediate successors in the struggle for self-determination and resource control were novelist Ken Saro-Wiwa and the Ogoni people. The meteoric rise of the Movement for the Survival of the Ogoni People during a brutal moment in Nigeria’s sad parade of military governments ended with a kangaroo court and the hanging of Saro-Wiwa and eight of his compatriots in November 1995. 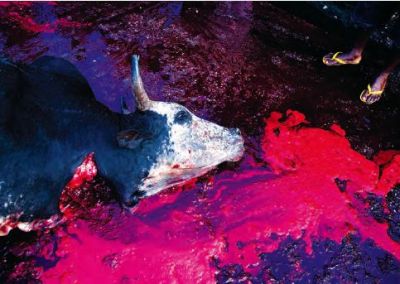 Saro-Wiwa’s legacy rests on his commitment to democratic nonviolence and his condemnation of the “slick alliance” of Big Government and Big Oil. Yet as he had predicted, and feared, the nonviolent struggle could and would turn violent in the face of business-as-usual politics.

The pipe-smoking writer equipped with the power of the pen has now been replaced by the figure of the masked militant armed with the ubiquitous Kalashnikov, the typewriter of the illiterate. But Saro-Wiwa’s gravest fears could not have anticipated the calamitous descent into violence over the last decade, culminating with the dramatic appearance of the Movement for the Emancipation of the Niger Delta (MEND). 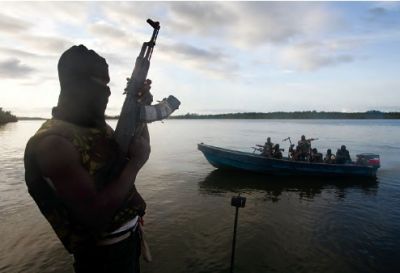 Beginning with a massive attack on the Opobo pipeline in December 2005, MEND insurgents claimed they were “not communists … or revolutionaries. [We] are just extremely bitter men.” Within a year of their appearance ME ND had, as they themselves predicted, shut-in over one third of Nigeria’s oil output.

Ken Saro-Wiwa’s desolate prediction in 1990 of a “coming war” had seemingly come to pass.

To purchase Curse of the Black Gold: 50 Years of Oil in the Niger Delta, visit powerhousebooks.com/curseoftheblackgold.