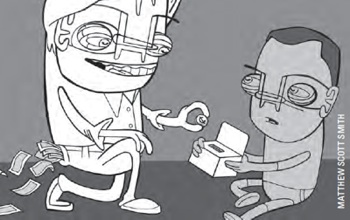 After the Jan. 12 earthquake in Haiti, Western leaders announced bold plans for building a “New Haiti.” The reconstruction, they emphasized, would be “Haitian-led,” based firmly on the principle of respect for “Haitian sovereignty” and carried out through “full and continued participation” by Haitians, “consistent with the vision of the Haitian people and government.” At the March 31 International Donors Conference, Towards a New Future for Haiti, held at the U.N. headquarters in New York, nearly $10 billion was pledged for Haiti’s recovery. Nicholas Sarkozy — the first French president to visit Haiti since it won its independence from French colonial rule more than 200 years ago — proclaimed during his February 2010 trip to Port-au- Prince, “International aid must be massive and be there for the long term.”

“Now is the time to step up our investment in Haiti,” U.S. Secretary of State Hilary Clinton reiterated in April at a meeting of the Inter-American Development Bank. Yet more than six months after the earthquake, the plan for a “New Future for Haiti” (a “Haitian-led” effort that is curiously being funded under World Bank oversight, through a commission whose 20 voting board members include only seven Haitians) seems remote as indicated by the accounting of “humanitarian efforts” in Haiti so far.

Percent of that amount delivered: About 10

Share of amount delivered in the form of debt relief: At least 2/3

Number of countries, as of June, that have honored their aid pledges: 1

Amount of pledged U.S. bilateral search and rescue assistance to Haiti that was delivered in the wake of the earthquake: $0

Value of the no-bid contract the U.S. government awarded the private prison group GEO in the month after the earthquake: $260,589

Ratio of U.S. pledges for Haiti’s reconstruction to Venezuelan pledges: 1:2

Value of aid the French government has promised Haiti through pledged contributions to U.N. agencies, NGOs and the Red Cross: $180 million

Amount of this aid that has been delivered: $0

Amount spent so far by those two organizations: $179.1 million

Cost of the French secretary of state for overseas development’s travel via private jet to a conference on aid for Haiti: $143,000

Estimated percent of the 20 million cubic meters of rubble not yet removed: 98

Estimated number of Haitians who remain homeless after the earthquake: 1,500,000

Number of Haitians without even tents or tarps for shelter: 232,130

Percent of tents and tarps distributed that “might” need to be replaced as of June 8: 36

Percent of “transitional shelters” that have been built so far: 4.5

Haiti’s global ranking in terms of the number of NGOs operating in the nation, on a per-capita- basis: #1

Ratio of Haitian-produced rice to U.S.-imported rice consumed in Haiti in 1985: 22:1 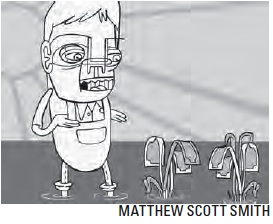 Value of USAID’s current contract to improve Haitian agriculture with Chemonics, a former subsidiary of the parent company of American Rice Inc., the corporation that is considered to have most benefited from the demise of Haitian rice production: $126,000,000

Value of additional contracts with Chemonics since the earthquake: $73,000,000

Value of total French humanitarian assistance to Haiti since the earthquake: $36 million