I first wished George Steinbrenner dead around 1998, during the American League playoffs.

The Yankees owner would have been collateral damage. He was sharing his box seats with Rupert Murdoch and Rudolph Giuliani. If lightning struck, I mused; if David Cone slipped and unleashed a 98- mph triple beanball; or if a beam from the Yankee Stadium ceiling caved in on their heads, I would start believing in God. 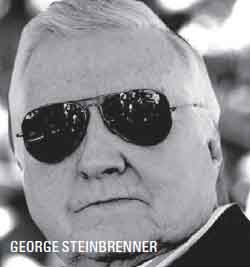 Kupferberg, who was 86, cofounded the Fugs in 1965 with Midwestern refugee Ed Sanders. They and the Velvet Underground were the most important bands to bubble out of the ferment of the Lower East Side in the 1960s, although their sensibilities were markedly different — leftist/macho/marijuana/ Allen Ginsberg vs. apolitical/bisexual/heroin/ Andy Warhol. The Fugs fused Beat poetics with garage-band rock ‘n’ roll, throwing in locker-room jokes (a country tune about using Saran Wrap for condoms), ecstatic sexual evangelism (“Frenzy,” “Group Grope”), occasional bits of melodic beauty, and grossly explicit antiwar satire (“War Song,” “Kill for Peace”). Their most emblematic lyric, Kupferberg said in 1997, was “I ain’t ever gonna go to Vietnam/ I prefer to stay here and screw your mom.” (Others prefer “Monday, nothing/ Tuesday, nothing,” delivered in a quasi-cantorial drone.)

It says something about the music scene of the late ‘60s that both the Fugs and David Peel landed major-label contracts. Their Warner/Reprise debut included a track entitled “Exorcising the Evil Spirits From the Pentagon” — recorded live at an antiwar demonstration there in 1967, chanting “OUT, DEMONS, OUT!”

After the Fugs broke up (they re-formed in the ‘80s), Kupferberg remained a figure on the Lower East Side scene, drawing cartoons and penning
multitudinous song parodies. 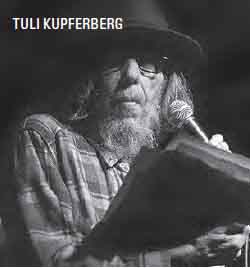 “Our goal was to make the revolution,” he told the Perfect Sound Forever website in 1997. “The Fugs were about dope and fucking and any kind of mind liberation that didn’t kill you or damage your internal organs.” On the other hand, he said, one reason they failed “to get from our good ideas to the society we wanted” was that “it was basically a youth movement and basically a middle-class, male movement. That’s not enough.”

“Tuli was a great poet, and his ‘Morning, Morning’ reduces me to tears,” says pioneering underground cartoonist Trina Robbins.

Harvey Pekar, who was 70, lived most of his life in obscurity in Cleveland, but he made art out of it. He parlayed his days taking the morning bus to a file-clerk job at the Veterans Administration into a series of comics called American Splendor, drawn by a cast of cartoonists that included R. Crumb, Alison Bechdel, Gary Dumm and Joe Sacco.

Pekar had known Crumb since the early ‘60s, when they were both bohemian jazz fans growing up in Cleveland. When Pekar conceived his own stories in the ‘70s, Crumb offered to illustrate them.

He told the Cleveland Plain Dealer in 1994 that his comics were about “the 99 percent of life that nobody ever writes about.” They depicted his days of shelving file folders and conversations with bus drivers; his years of chemotherapy and worrying about being able to buy a house without being corrupted by property ownership, and jazz organist Charles Earland announcing that critics didn’t understand “this music is about love.” When he married Joyce Brabner in 1983, the next issue of American Splendor was subtitled “Harvey’s Latest Crapshoot: His Third Marriage to a Sweetie from Delaware and How His Substandard Dishwashing Strains Their Relationship.” 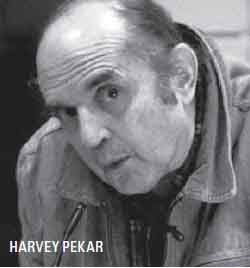 A nervous, no-nonsense wiseass with a strong urban-Jewish accent, Pekar didn’t play the success game. He was a regular guest on NBC’s Late Show with David Letterman — until 1987, when he wore an “On Strike Against NBC” T-shirt on the show and denounced the corporate crimes of GE, NBC’s owner.

As for Steinbrenner? No New York baseball fan couldn’t be thrilled by the dramatic way the Yankees of ‘77 and ‘78 beat out the Red Sox, Royals, and Dodgers, or by the Jeter-Williams-Posada- Rivera team that won the World Series four times in five years. But the Boss’s managerial politics made it hard for anyone with a conscience to root for the Yankees. In 1974, he pleaded guilty to felony conspiracy charges for making illegal contributions to Richard Nixon’s 1972 presidential campaign. After the 2000 election, he gave George W. Bush $5,000 to help him steal Florida.

Steinbrenner epitomized the Ayn Rand arrogant capitalist. He never swung a bat or threw a ball at anything close to a professional level, but he was quick to claim credit for the Yankees’ victories and to insult players publicly when they lost, in terms like “fat toad,” “he spit the bit,” and “Mr. May.” Like every other baseball owner, he found ignoring steroids highly profitable.

As a boss, he was the kind of domineering, rule-byfear bully for whom the epithet “prick” was created. He’d curse out parking-lot attendants and berate pretzel vendors. He was once barred from baseball for hiring a gambler to dig up dirt on outfielder Dave Winfield, and he suspended Don Mattingly for refusing to shave his mustache. Mattingly was a grown man, well into his thirties, and so dedicated to the game that Yankees fans dubbed him “Donnie Baseball.”

The evil he did lives on beyond the field. He tore down Yankee Stadium, the Sistine Chapel of baseball, because it lacked corporate luxury suites. Although the Yankees are the richest franchise in baseball, and the fourth richest in world sports, he extracted around a billion dollars worth of “infrastructure improvements” from the city and state for the new ballpark. So while New York is amputating subway and bus service, closing senior centers, and laying off school nurses, the public is still paying for a stadium where front-row ticket prices for a single have been slashed to a mere $1,500 — from $2,625 last year.