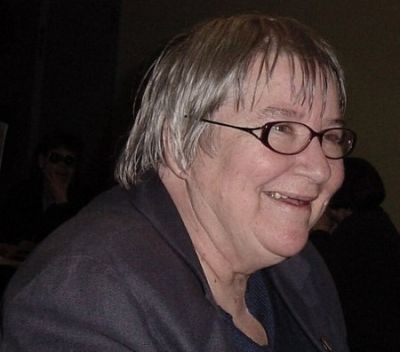 I was in the courtroom with my wife Debby for Lynne Stewart’s re-sentencing on July 15 when Judge John Koetl buried her alive. He read his decision out loud to a courtroom packed with supporters. It was well crafted. Bulletproof on appeal.

He cited the unprecedented 400 letters he had received from Lynne’s supporters, all of which he said he read. He noted Lynne’s three decades of service to the poor and the outcast. He stressed that she is a 70-year-old breast cancer survivor with high blood pressure and other serious health problems. And then he laid it on her: 120 months.

Ten years. He had given her a death sentence everyone in the courtroom thought: She’ll never get out. He more than quadrupled the 28-month sentence he had originally pronounced. She had told him that 28 months was a horizon, that she had hope. But no more. Lynne’s granddaughter gasped, and then started sobbing. She kept crying even as Judge Koetl kept reading. And reading. The sentence was cruel. How to understand it?

Lynne’s lawyer Jill Shellow asked the Judge why. He was candid. He was told to do it by his superiors, the judges on the Court of Appeals for the Second Circuit. Located in downtown Manhattan, this court is considered the second-highest court next to the Supreme Court because it presides over the financial center of the empire.

This court makes policy and Lynne Stewart was to be made an example of in “the war on terrorism” just as a half a century before, in the same court, Ethel and Julius Rosenberg were condemned to death in the war against communism and found guilty of “stealing the secret” of the atomic bomb, when there was no secret, it was only a matter of technology. The sentencing Judge Kaufman knew they would leave behind two orphan children, Robert and Michael, ages six and three.

In 1947 George Kennan, the ideological father of the Cold War, wrote that the United States had 6 percent of the world’s population and 50 percent of its wealth. The challenge for the empire was to keep it. Anti-communism served as political cover for the U.S. ruling classes. But communism ceased to exist after the Soviet Union collapsed in 1991. A new cover was constructed following the September 11 attacks: “The War on Terror.” Nationalist opposition to U.S. policy in many parts of the world is no longer led by communists but by fundamentalist Muslims.

Lynne Stewart represented one of them, Sheik Abdel Rahman, who was a leading opponent to the U.S.-sponsored Mubarak dictatorship in Egypt. In 1993, at the behest of the Egyptian government, Sheik Rahman was indicted and later convicted of the crime of “sedition” for suggesting to a government informant that rather than blow up New York City landmarks he choose “a military target.” In June of 2000, Lynne released a statement by the Sheik to the press, announcing his withdrawal of support for a ceasefire between his group and the Egyptian government. This violated a Special Administrative Measure (SAMs) that Lynne had agreed to with the U.S. Government. She wasn’t supposed to be a medium for communication between her client and the outside world. She should have challenged the constitutionality of the SAMs, she now realizes, and not just have violated them.

The government waited until after 9/11 to prosecute her, making an example out of her to intimidate other lawyers. Attorney General John Ashcroft publicized Lynne’s indictment on The Late Show with David Letterman in April 2002. The crime? A novel one. Conspiracy to provide material aid to a terrorist organization. What was the material aid? Her client. With the fear the government generated and the scare they put into her jury, Lynne never had a chance. In 2006 she was convicted and sentenced. The maximum was 30 years, but thanks to the superb legal work of National Lawyers Guild attorneys Elizabeth Fink and Sarah Kunstler and the outpour of public support, Judge Koetl gave her 28 months. The government appealed the sentence. The selective prosecution of Lynne Stewart was accomplished.

Judge John Walker, George W. Bush’s first cousin, sits on the appeals court. His family made its fortune selling munitions during WWI. He wrote that the 28 months was “shockingly low.” Judge Koetl was given his orders. On the same evidence he put a 70-year-old grandmother on chemotherapy away for 10 years. This is much more than meanness. It is ideology.

Michael Steven Smith is the co-host of the WBAI radio show Law and Disorder and sits on the board of the Center for Constitutional Rights.