Last week Arizona’s law legalizing racial profiling, known as SB 1070, went into effect. Hundreds of people rallied and marched across the Brooklyn Bridge in solidarity with immigrants July 29, demanding just and humane immigration reform that places human rights over increased enforcement. Immigrant communities, elected officials anditizens gathered to condemn SB 1070 — which many have likened to the racial segregation laws of the past — as a clear violation of the most basic civil and human rights. The demonstration was organized by a broad coalition of activist groups, including The New Sanctuary Movement, Families for Freedom, DRUM-Desis Rising Up & Moving and the American Friends Service Committee. 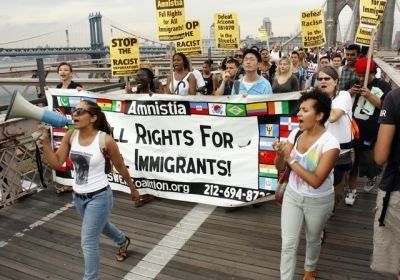 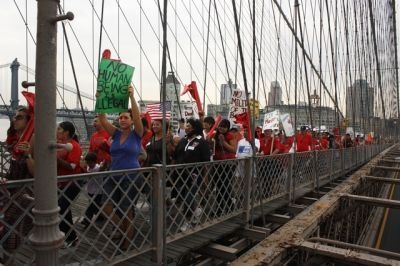