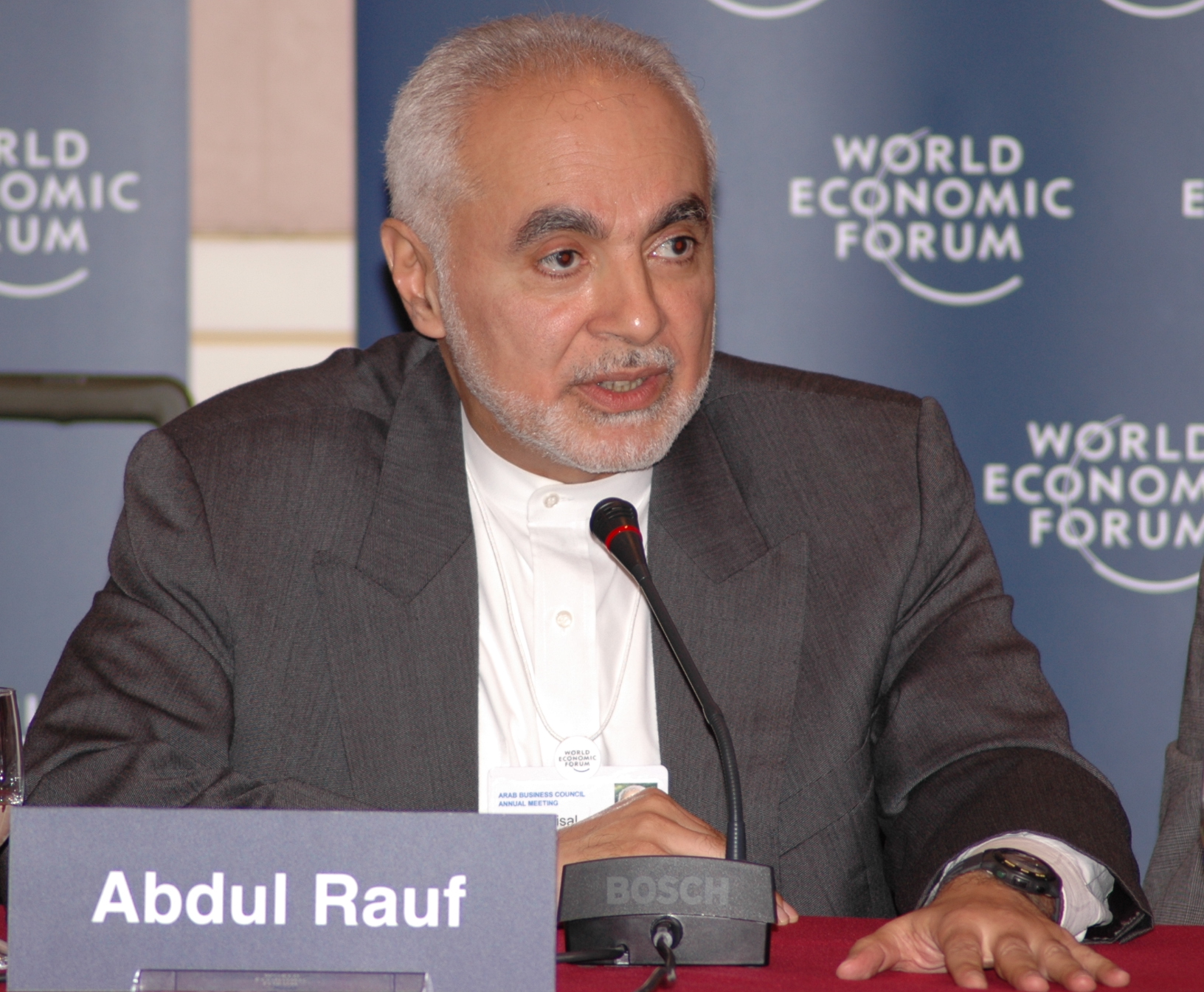 When the Islamophobic furor against the proposed Muslim community center two-and-a-half blocks away from Ground Zero began to peak in mid-late July, some people wondered why it was occurring now, nine years after the 9/11 attacks. As the New York Times recently noted, an article published in the paper “last December about the project drew little negative comment.” Daisy Khan, the wife of the imam who is spearheading the Cordoba House, told the Times that the possibility of their project being controversial “never occurred” to them.

But there is no reason to be surprised at the anger over the community center. While others have pointed to the economy, or to the recent surge in thwarted homegrown “terror” plots, to explain the anger over the community center, one can read what’s being played out as simply a continuation–albeit a much more intense strain–of the virulent anti-Muslim and anti-Arab sentiment that began after the September 11 attacks. Specifically, the concocted controversy over the Khalil Gibran International Academy (KGIA) in 2007 should have set off alarm bells about the power of Islamophobic activists whose aim is to shut Muslims and Arabs out of American public life. The Brooklyn academy, the nation’s first dual-language Arabic public school, barely survived an onslaught of racist right-wing attacks against the school. Unfortunately, the founding principal, Debbie Almontaser, was not spared, and fell victim to an orchestrated smear campaign not unlike the one now targeting Imam Feisal Abdul Rauf.

There are many parallels between the controversies around the Cordoba House and KGIA: both of the project’s leaders–Rauf and Almontaser–are well-known and respected interfaith leaders in New York City; both campaigns were begun by right-wing, Islamophobic blogs and leaders and were only later picked up by mainstream media; and both campaigns smeared Islam and demonstrated a profound ignorance about the Israeli-Palestinian conflict. Imam Rauf is currently being tarred as a “radical Muslim” who supports al-Qaeda and wants to build the Muslim community center to celebrate “Islamic triumphalism.” Almontaser, too, was painted as a Muslim radical and a “9/11 denier” whose school would secretly indoctrinate students to hate America and Israel and support sharia law. The hysteria about Rauf and Almontaser misses basic, sobering facts about the two leaders: both of them have demonstrated a profound commitment to interfaith understanding between Muslims and other groups in the U.S. after 9/11 and have sought to fight anti-Arab and anti-Muslim stereotypes. Rauf is a Sufi Muslim leader in New York who, as Fareed Zakaria in Newsweek put it, “speaks of the need for Muslims to live peacefully with all other religions…emphasizes the commonalities among all faiths…advocates equal rights for women, and argues against laws that in any way punish non-Muslims…His vision of Islam is bin Laden’s nightmare.” Almontaser was described as “the city’s most visible Arab-American woman” in an excellent profile of her written by the New York Times’ Andrea Elliott:

After 9/11, Education Department officials had enlisted Ms. Almontaser to hold workshops on cultural sensitivity for schoolchildren. She spread the message that Islam was a peaceful religion. She told of how her own son had served as a National Guardsman in the clearing effort at ground zero. She was soon attending interfaith seminars, befriending rabbis and priests. Mayor Michael R. Bloomberg honored her publicly.

But none of these facts seem to matter to the bigots who are trying to take down Rauf and the proposed community center, or who successfully forced Almontaser to resign as head of KGIA.

The current drive against the Islamic community center in Lower Manhattan was started by, as Salon‘s Justin Elliott has shown, “third-tier right-wing blogs, including Pamela Geller’s Atlas Shrugs site,” and quickly moved to the New York Post, as well as other mainstream media outlets. Republican politicians have now taken up the cause, and it’s impossible to turn on cable news and not see a racist rant directed against Muslims in the U.S. The anti-Cordoba House movement has now reached a fever pitch, but it has not yet invented the “smoking gun” that would mean the downfall of the initiative, as they did in the case of Almontaser.

There was a similar trajectory in the case of Almontaser and KGIA. As soon as plans for the school were announced in February 2007, Pamela Geller and friends begun a campaign to shut what they called a “madrassa in New York’s public school system” down. Daniel Pipes, a neoconservative author who has made a career out of stoking fears of Muslims and Arabs in the Western world, and the so-called “Stop the Madrassa” coalition, were instrumental in the targeting of KGIA. Soon after the school was announced, assisted by columns by Pipes that mis-characterized and lied about the school, the story migrated to the New York Sun and eventually the New York Post. Almontaser’s downfall came after the Post labeled her the “‘intifada'” principal, as I reported for the Indypendent in September 2008:

The intense media focus on KGIA peaked when the New York Post picked up the story. The DOE pressured Almontaser to agree to an interview with the Post. In an Aug. 6, 2007, article, the Post declared that Almontaser “defended” the use of the word “intifada” on a t-shirt made by Arab Women Active in the Arts and Media (AWAAM), a group whose only connection to Almontaser was that she was on the board of a Yemeni-American organization that at times shared office space with AWAAM.

On Aug. 9, Deputy Mayor Dennis Walcott, following what Almontaser says was a directive from Mayor Bloomberg, forced Almontaser to resign as KGIA principal, saying that either she or the academy had to go.

“That was the most horrendous and devastating 24 hours of my life,” Almontaser says. “To experience working with people who admired me and respected me and who believed in me, and then just to see a complete shift, basically saying that ‘you’re the problem’ … was absolutely devastating.”

The quote used by the Post to claim that Almontaser “defended” the use of the word “intifada” on a shirt was found later to have been “inaccurately reported by The Post and then misconstrued by the press,” according to a federal appeals court. In March 2010 of this year, the Equal Employment Opportunity Commission found that New York City’s Department of Education “succumbed to the very bias that the creation of the school was intended to dispel, and asmall segment of the public succeeded in imposing its prejudices on the DOE as an employer.”

The conflating of Islam with terrorism and a demonstrated ignorance about the religion is another common feature of the furor over KGIA and the Cordoba House. The opposition to the Islamic community center can only be justified by asserting collective Muslim guilt for the attacks of September 11, despite the fact that many Muslims died during the attack and the fact that al-Qaeda has killed more Muslims that any other religious group in the world. Furthermore–and this is not to say that other sects of Islam aren’t also peaceful– Sufi Islam, which Imam Rauf is an adherent to, “couldn’t be farther from the violent Wahhabism of the jihadists. [Rauf’s] videos and sermons preach love, the remembrance of God (or “zikr”) and reconciliation,” as William Dalrymple writes today in the Times.

In the case of KGIA, Pipes claimed that “Arabic instruction is heavy with Islamist and Arabist overtones and demands.” According to Pipes, any teaching of Arabic is bound to promote Islamism–which, in Pipes’ world, is all one and the same, an ideology that promotes terrorism and al-Qaeda.

Lastly, let’s turn to the Israel-Palestine angle. Imam Rauf has been pilloried for not condemning the Palestinian Hamas movement as a “terrorist organization,” as they are labeled by the U.S. State Department. Rauf said, “Look, I’m not a politician. The issue of terrorism is a very complex question.” And he’s exactly right. The State Dept. list of “terrorist groups” is a highly politicized grouping. “Terrorism,” in mainstream parlance, has no real meaning besides armed struggle against the West and Israel. If you support the U.S. or Israel, you’re not a terrorist.

To simply call Hamas a “terrorist” group is a disservice to understanding what Hamas, an Islamist movement, is. Hamas has committed terrorist acts; but by the same token, so has the U.S. and Israel, but on a far larger scale. Hamas is resisting a brutal occupation, whereas Israel is focused on continuing their colonization of Palestinian lands.

Almontaser attempted to explain the origin of the word “intifada,” which appeared on t-shirts made by Arab Women Active in the Arts and Media. The Post, in the article that led to Almontaser’s forced resignation, spun her explanation as “downplaying” the significance of the t-shirts and the word intifada. The Post reported that the “inflammatory tees boldly declare ‘Intifada NYC’ – apparently a call for a Gaza-style uprising in the Big Apple.” Further down in the story, they quote Pamela Hall, who fought against KGIA, as saying, “Intifada is a war. Isn’t that what Arafat had?” Intifada, as Almontaser tried to explain in that Post article, “basically means ‘shaking off.’ That is the root word if you look it up in Arabic.” The first Palestinian intifada was largely nonviolent. And the second intifada, as Neve Gordon pointed out in his book Israel’s Occupation, began as a nonviolent popular uprising, but only turned violent after Israel brutally suppressed the uprising, firing 1.3 million bullets into the West Bank and Gaza Strip after Israeli security forces were directed to “fan the flames”, as Haaretz’s Akiva Eldar reported in 2004.

These misunderstandings and distortions about the situation in occupied Palestine have added fuel to the Islamophobic fire.

The lesson of the KGIA controversy should have been that Islamophobes hold a disturbing amount of power in the United States and that anti-Muslim and anti-Arab sentiment needs to be combated. So it’s no surprise that Islamophobia continues to be a potent political weapon. Perhaps we should take this opportunity to double-down on our efforts to combat Islamophobia, so when the next furor over Islam in the U.S. comes–and it will–education and activism can successfully tamp down these dangerous games being played. If we didn’t learn that lesson after KGIA, we better learn it now.