In only five weeks, organizers of a U.S. boat to Gaza have reached 40 percent of their ambitious $370,000 fundraising goal. The campaign got a major boost last Thursday, when more than 400 people crowded onto the Paddle Queen for a sunset cruise around Manhattan. The evening raised more than $50,000 toward the amount needed to buy, license, outfit and staff a boat that would attempt to break the illegal Israeli and Egyptian blockade of Gaza. 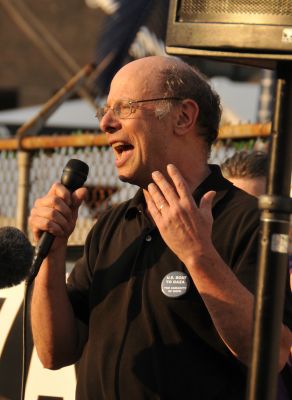 Former New York Times Mideast correspondent Hedges began his remarks by addressing any possible Israeli spies in the crowd: “I would like to remind them that it is they who hide in darkness. It is we who stand in the light. It is they who deceive. It is we who openly proclaim our compassion and demand justice for those who suffer in Gaza. We are not afraid to name our names. We are not afraid to name our beliefs. And we know something you perhaps sense with a kind of dread. As Martin Luther King said, the arc of the moral universe is long but it bends toward justice, and that arc is descending with a righteous fury that is thundering down upon the Israeli government. 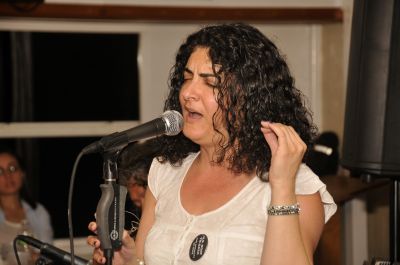 “You may have the bulldozers, planes and helicopters that smash houses to rubble, the commandos who descend from ropes on ships and kill unarmed civilians on the high seas as well as in Gaza, the vast power of the state behind you. We have only our hands and our hearts and our voices. But note this. Note this well. It is you who are afraid of us. We are not afraid of you. We will keep working and praying, keep protesting and denouncing, keep pushing up against your navy and your army, with nothing but our bodies, until we prove that the force of morality and justice is greater than hate and violence. And then, when there is freedom in Gaza, we will forgive … you. We will ask you to break bread with us. We will bless your children even if you did not find it in your heart to bless the children of those you occupied. And maybe it is this forgiveness, maybe it is the final, insurmountable power of love, which unsettles you the most.”

Hedges concluded: “Let me close tonight with one last name. Let me name those who send these tanks and fighter jets to bomb the concrete hovels in Gaza with families crouching, helpless, inside, let me name those who deny children the right to a childhood and the sick a right to care, those who torture, those who carry out assassinations in hotel rooms in Dubai and on the streets of Gaza City, those who deny the hungry food, the oppressed justice and foul the truth with official propaganda and state lies. Let me call them, not by their honorific titles and positions of power, but by the name they have earned for themselves by draining the blood of the innocent into the sands of Gaza. Let me name them for who they are: terrorists.”

For more information or to contribute toward the U.S. boat to Gaza, go to ustogaza.org. 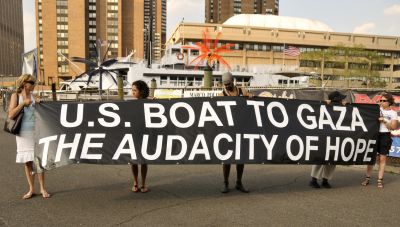