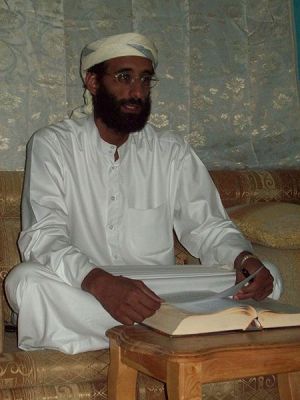 Anwar al-Awlaki is a U.S. citizen and Muslim cleric living somewhere in Yemen. The U.S. has put him on our terrorist list and is trying to assassinate him. The Center for Constitutional Rights and the ACLU filed suit today so we can be pro bono lawyers for his father, Nasser Awlaki, to stop the government from killing him.

We filed suit today to challenge the U.S. requirement that lawyers must seek permission from the government before we can provide free pro bono legal representation to a U.S. citizen.

The barrier to us becoming lawyers is a set of rules enacted by the Office of Foreign Assets Control (usually called OFAC) which is a part of the Treasury Department. U.S. law essentially prohibits trading with the enemy in a time of war. OFAC regulations go further and prohibit lawyers from giving free representation to people on the terrorist list unless the government gives them permission. Violations trigger punishment of up to 20 years in jail and fines of up to one million dollars.

We know this is a controversial case. Representing someone accused of being a terrorist is a tough decision. CCR is a human rights organization. We condemn all killing of civilians for political purposes by any government or any organization or any individual.

What this case is really about is not Awlaki but about our government disregarding the rule of law.

There are many reasons we can argue that premeditated killing by the government off the battlefield is illegal. The rule of law guaranteed by the U.S. constitution binds even the President of the U.S. and the military. Our constitutional system of checks and balances does not allow the executive branch of government to just decide in secret that they are going to kill people. The government certainly could not just execute him if he was in the U.S. The U.S. would not allow other governments to come here and assassinate someone they opposed. And the U.S. would never just fire drone strikes into the U.K., China, Russia or Australia to kill someone. Yemen is over a thousand miles away from the battlefield of Afghanistan or Iraq. So why would anyone think it is legal to assassinate a U.S. citizen in Yemen?

Despite these questions, Awlaki has been the target of several unsuccessful drone strikes as the U.S. military and CIA are actively trying to kill him.

These are all issues that should be decided in a court of law. That is why we are filing this suit.

His father, Nasser, said it best. If the government has proof his son violated the law, then they should charge him in public and let the law take its course.

Bill Quigley is legal director of the Center for Constitutional Rights and a law professor at Loyola University New Orleans. You can contact him at Quigley77@gmail.com.

This article originally appeared on TheSmirkingChimp.com.