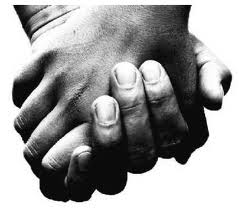 It was sprinkling rain throughout, but my boyfriend and I stood outside for over 6 hours; on line, waiting to be married. This wasn’t something we had planned; it was 2004 and San Francisco Mayor Gavin Newsome had determined that the California State Constitution necessitated the right for gay couples to marry. Having both been gay rights activists while in College, having been together for over 6 years, when the opportunity arose right before Valentine’s Day weekend, we decided to book the trip to the San Francisco Court House.

The scene on the street was wild, almost as many supporters came to stand with us as those waiting to get married. Throughout the day, people brought hot coffee, food, a lady brought a lawn chair and offered free back rubs, a group of tap dancers and a Mariachi band performed for us. It was the Winter of Love and we were among the first Lesbian and Gay couples being legally married in the United States.

As we were driving into the city, we decided we had to call our parents and inform them of our decision to essentially elope. I always envisioned a more traditional wedding, primarily religious since although my country didn’t allow me that right, my reformed Judaism had for some time. Unfortunately, there were many aspects of our marriage that did not go down as either of us expected or had hoped.

Upon return to our home, we felt like things hadn’t really changed except that people who understood and were comfortable that we were a “couple” were very awkward with us “married”. When we went to a straight friend’s wedding, the invitation was addressed “Brad & Guest” and it just didn’t seem very respectful. Our families, who barely had time to react to the news we were marrying in the first place, had even less understanding how to treat us after.

One thing that had changed was the level of connection and commitment we felt towards each other after considering ourselves not just partners but a married couple and that feeling was powerful. But the lack of external recognition was disappointing for us and I came to feel later, destructive to our relationship.

Partly it was the lack of a wedding party, we both were worried this would be a temporary window and was as much a political statement as a personal decision. But the lack of it being in front of anyone we knew, missing out on the traditions, all made an extreme gesture of love and commitment an isolated event shared between just the two of us and our relationship remained that way.

We had made a life-long commitment to each other but it was not witnessed by others and therefore was not real to them. We did not get the gifts as symbols of the communal support to the new couple, instead we had awkward personal pronouns. Other than a piece of paper, we had none of the benefits of marriage, socially, emotionally, economically and eventually, even the piece of paper would become meaningless as well.

Several months later, the State decided that the Mayor had overstepped his authority and did not have the privilege to operate within his interpretation of State law. All marriages performed during the Winter of Love were annulled. Allegorically, a few months after that, our relationship itself ended.

We’re still very close friends and still in love with each other, but for reasons personal and otherwise, we decided the relationship was not what we wanted it to be even after 7 years. I primarily think things ended because of decisions we made, but I can’t help but feel that having had a real marriage bolster our relationship would have at least made it more likely we would have stayed together.

The issue of marriage equality goes beyond religious choices people should only make for themselves. It’s really a question of social support for a group of people who need it; equal rights by any other name. The Prop 8 appeal doesn’t affect my former marriage personally; it will remain forever annulled due to the particulars of our legal proceeding. However, I’ve seen the consequence of a society that doesn’t support marriage. The continued denial of respect and support ingrained in law makes Gay and Lesbian couples second class and must be changed.