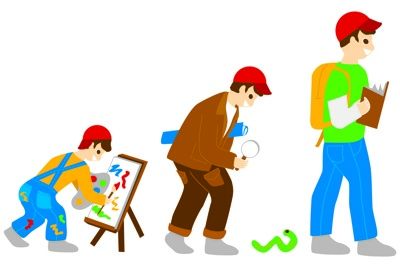 TESTED TO THE LIMIT

The new teacher rating system makes me nervous. In a few years, I can get fired because of student test scores. Now that U.S. Secretary of Education Arne Duncan wants to print our names and scores in newspapers, I’m even more nervous. Maybe next he’ll bring back the stocks.

Actually, that’s not what worries me most. I’ve taught English as a Second Language (ESL) students how to pass the English Regents (a test that does not measure what they really need to know), and I already know how to raise test scores. I make kids practice until they’re blue in the face. I show them how to pass, and if they don’t understand, I show them again. In fact, I show them each and every day until and unless their fingers fall from their hands. I hear people wish to pay extra for such services.

I could take the money and dispense with things like group work. Though it’s what my students need most, I could also drop things like language structure and oral communication in English. If it weren’t on the test, it wouldn’t exist.

It’s not ideal, but if test scores are all that matter, you have to make adjustments. Researcher Donald T. Campbell identifies a significant sacrifice in what he calls Campbell’s Law:

“The more any quantitative social indicator is used for social decision-making, the more subject it will be to corruption pressures and the more apt it will be to distort and corrupt the social processes it is intended to monitor.”

So, as tests become more and more important, we’ll see not only increased corruption, but also less reliable test scores. Perhaps we’ve already seen this at work in New York. After years of apparent miracles (largely contradicted by National Assessment for Educational Progress scores), the state has finally confirmed that its standards were unacceptably low. And though the gains were largely illusory, plenty of people managed to benefit anyway.

The inflated scores shouldn’t have been news. Diana Senechal took the sixth grade test a year ago without reading the questions, checking A, B, C, D over and over, and scored level two — meriting promotion. Diane Ravitch has been questioning these tests for years. Yet, until very recently, those questioning the gains were a distinct minority.

Who dumbed down the tests, and why? Was it a quirk? Was it coincidence? That’s hard to believe, and with increased emphasis on scores, things are likely to get worse before they get better.

In New York City, we’re already pressured to pass as many kids as possible. I attended a faculty meeting with teachers and administrators where we explored ways to achieve this. Suggestions included letting kids bring cheat sheets, pairing low-scoring kids with high-scoring kids during tests, and simply letting kids take tests over after they’d been reviewed. Doubtless these methods would raise grades. If we’re going that route, we may as well go all the way.

We could ignore kids who have answers on their water-bottle wrappers and cell phones. We could overlook signaling via taps, whistles, coughs, hand signals and all the other increasingly sophisticated cheats high-stakes tests inspire. Personally, I don’t like cheating, and I discourage it to the best of my ability.

Perhaps I’m a relic, as I value not only test scores, but other things as well. I’m a role model — I have a job, I support a family and I provide an indispensable service. When kids have problems, I find time for them. I call parents and try to work with them to steer their kids in a more productive direction. Also, I try my darndest to seduce kids into a love of reading and a love of learning that will benefit them everywhere they go — not simply on a single test. Sometimes kids say, “Thank you, Mr. Goldstein, for making me read my first entire book in English.” There are few words more gratifying than those.

When our jobs hinge on test scores, we’ll have less time for such things. We’ll cultivate a laser-like focus or fall by the wayside. Forget about inspiring kids — scores will be all that matter. I don’t want my kid, or yours, in classes like that. I don’t want to teach like that, either.

But hey, put a gun to my head, and I’ll give you exactly what you want.

AN ABSENCE OF CURIOSITY

I teach at a prestigious public university where the average high school G.P.A. for incoming freshmen is over 4.0. But I find time and again that a majority of students don’t know how to think for themselves, read texts or write grammatically correct sentences.

By the time students enter college, it’s often too late to teach them the fundamentals of grammar and sentence structure or to ignite an overall sense of intellectual curiosity. These are things that should have been fostered in K-12, and as far as I can tell, they aren’t. Teaching to the test systematically strips students of the ability to think critically. Anything that doesn’t factor into the final grade isn’t worth pondering.

I teach in the humanities, where original ideas, complex interpretations and effective expression are the goals. There are disciplines in which standardized testing can measure specific knowledge or where professional certification is contingent upon passing an exam. In contrast, an understanding of the humanities cannot be measured by this testing model. That may make the humanities more difficult to rationalize, but that is the point. The humanities help us to think through the things that make life rich and understand that social relations are too complex to be reduced to multiple-choice answers.

The most common complaints I hear from other university-level teachers is that students don’t read and can’t write. Having grown up with the internet, they tend to skim readings as onscreen PDFs but have difficulty finding the central argument or supporting evidence of an essay.

The writing that students do is almost universally formulaic, and I find that students are uncomfortable breaking out of the generalizing and banal template they’ve been taught. Schools are embracing digital learning tools, but now students assume everything they need to know can be Googled. They learn how to write without a voice. This reflects the lack of deep thinking. But I don’t blame the students. This is a systemic problem. We need to stop teaching how to pass a test and begin teaching our K-12 students how to think.

The effect of the testing regime can also be found in the student query I dislike the most: “What do I have to do to get an A?” This question demonstrates a commitment to achieving a certain mark but no engagement with thinking. And it leads many students to challenge their final grades, displaying a strong sense of entitlement as if they were customers. There has always been a degree of entitlement, particularly at elite schools, and even public universities are privatizing and connected to the market. But to see learning approached like shopping is worrisome. It always disappoints me when students don’t care as much about learning as I do about teaching.

Today’s students, coddled and complacent, have learned to study for tests but not to question the significance of the answers or search for context. Few value innovation or display intellectual curiosity. If our students do not learn to question the information they are given, we are in serious trouble.

Lucas Hilderbrand is assistant professor of film and media studies at the University of California, Irvine.

Ed Notes
ednotesonline.blogspot.com
Meet Norm Scott — a retired, 35-year New York City school teacher with a gift for gab and a keen knowledge of the workings of both the Department of Education and the UFT.

Edwize
edwize.org
Lots of links to interesting teacher blogs can be found on this UFT-sponsored website.