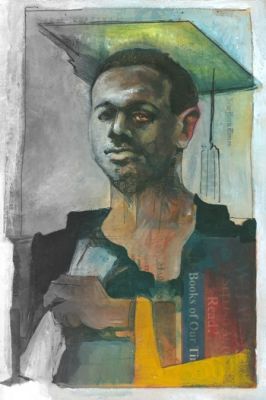 New York City’s public school system is frequently depicted as underperforming, failing or dysfunctional. But inside that larger system is an elite core of schools and programs segregated by race, class and ability. These include schools in better-off neighborhoods such as Riverdale, Park Slope, Bayside and the Upper West Side, “gifted and talented” programs inside of schools, and prestigious high schools like Stuyvesant and Hunter High School where entrance is decided by specialized admissions tests.

Justin Hudson saw this two-tier system up close at Hunter, where the percentage of students who are Black and Latino has declined from 12 and 6 percent, respectively, in 1995 to 3 and 1 percent in 2009. Hudson completed his studies at Hunter this past June and was selected to deliver a graduation speech that reflected on the school’s lack of diversity. The following is excerpted from his speech. For the full version, go to indypendent.org.

Today, I stand before you as a personification of conflictedness. I feel guilty because I don’t deserve any of this. And neither do any of you. We received an outstanding education at no charge based solely on our performance on a test we took when we were 11 year olds, or 4 year olds. We received superior teachers and additional resources based on our status as “gifted,” while kids who naturally needed those resources much more than us wallowed in the mire of a broken system. And now, we stand on the precipice of our lives, in control of our lives, based purely and simply on luck and circumstance.

If you truly believe that the demographics of Hunter represent the distribution of intelligence in this city, then you must believe that the Upper West Side, Bayside and Flushing are intrinsically more intelligent than the South Bronx, Bedford-Stuyvesant and Washington Heights, and I refuse to accept that. It is certainly not Hunter’s fault that socioeconomic factors inhibit the educational opportunities of some children from birth, and in some ways I forgive colleges and universities that are forced to review 18 year olds, the end results of a broken system. But, we are talking about 11 year olds. Four year olds. We are deciding children’s fates before they even had a chance. We are playing God, and we are losing. Kids are losing the opportunity to go to college or obtain a career, because no one taught them long division or colors. Hunter is perpetuating a system in which children, who contain unbridled and untapped intellect and creativity, are discarded like refuse. And we have the audacity to say they deserved it, because we’re smarter than them.

As students, we throw around empty platitudes like “deserve” and “earn,” most likely because it makes us feel better about ourselves. However, it simply isn’t the case. I know for a fact that I did not work as hard as I possibly could have, and I think the same is true for everyone on this stage. Nevertheless, people who work much harder than we ever could imagine will never have the opportunities that lie in front of us.

Let me make it very clear that I am not giving anyone here a moral lecture, for I am as complicit in the system we are a part of as anyone else in this room. If anything, I only make these remarks to further emphasize how much Hunter has meant to me, because I am acutely aware of where I would be now without it. As recipients of fortune, we more than anyone else should be able to understand and respect what our high school experience has meant to us, and has done for us.

My guilt ultimately stems from my awareness of the academic, social, emotional and psychological tools that Hunter has blessed us with. Therefore, I believe the best way to assuage this guilt is to use those fortuitous tools to not only better myself, but also improve the society that surrounds us outside these oh-so narrow walls. I do not know the capacity in which I will be able to make this world a better and more just place, but I strongly believe that education is the most effective means of creating social improvement, which is precisely why this is a battle we cannot concede.

My experiences at Hunter have left me with one final emotion; the last sentiment I will share with you today is hope. I hope that I will use the tools that Hunter has given me as a means to provide opportunities to others, not out of a sense of paternalistic philanthropy, but out of a sense of duty to give to other people what Hunter has given to me. I also hope that you all will do the same, in whatever way you see fit. Even more so, I hope that in the near future, education itself will not be a privilege for the few in this world. I hope that a quality education will not be a privilege for the few in this country. I hope that the Hunter community will descend from its ivory tower made of brick, and distribute its tools evenly to the mass of humanity that is the City of New York. I hope that, despite its problems, Hunter can prove to be the rule, and not the exception, to what can exist as a school.

Hunter High School has previously left it to schools to notify city fifth graders who score in the top 10 percent on both the state English and math tests that they can take the Hunter admissions test. This year they will contact all eligible students directly. However, the school still refuses to use criteria like interviews, observations or portfolios of student work for admissions. 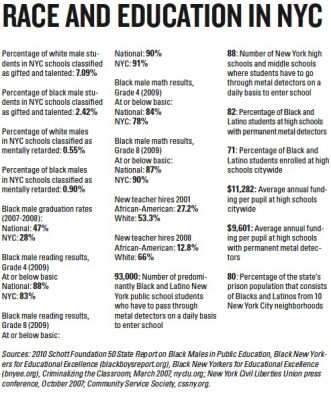