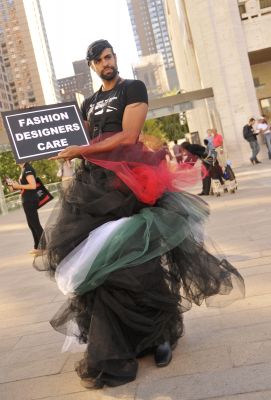 Q: When is a public sidewalk not public?

A: When it’s in front of Lincoln Center.

Activists organizing to send a U.S. boat to break the Israeli blockade and siege of Gaza took their case to the streets Sept. 14. Dressed in t-shirts featuring the ubiquitous “We Will Not Be Silent” slogan in various languages, including Arabic and Hebrew, plus a new design featuring the U.S. Boat to Gaza logo, they tried to hold a “fashion shoot” in front of Lincoln Center, site of New York’s Fashion Week. The plaza was filled with tourists and people with cameras taking pictures of the fashionistas coming and going from the event in Damrosch Park behind the arts center.

As soon as the activists pulled out their signs, however, a half-dozen police converged on them, saying they could not hold a demonstration on the plaza, which is private property. When the group offered to move to the sidewalk, they were told that there was a “designated area” across the street for protests. 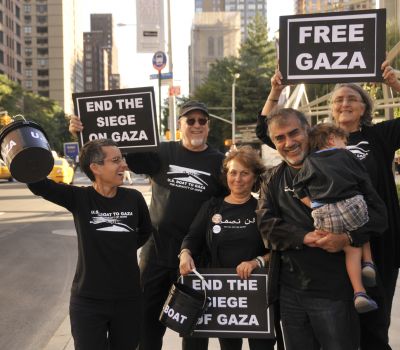 After being told by the head of security at Lincoln Center that a court ruling backed up the center’s right to ban protests from the sidewalk in front, the activists moved down the street and resumed their “fashion shoot.” The police again told them to move across the street on the grounds that they were blocking the sidewalk. When they pointed out that they were not, in fact, blocking anyone, one of the policemen informed them that if “in his opinion” they were blocking the sidewalk, he would take action. His supervisor then arrived, and while the cops huddled in discussion, the Gaza boat activists continued their “shoot” unmolested.

“So, the First Amendment comes down to the opinions of people in authority?” asked Laurie Arbeiter, one of the organizers of the action. “This is America?”

For more information on efforts to organize a U.S. boat to break the siege of Gaza, see ustogaza.org. 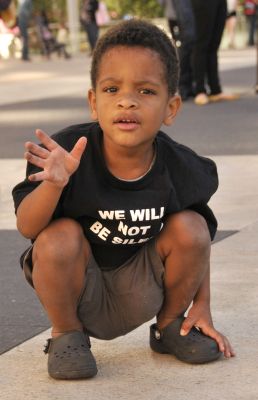 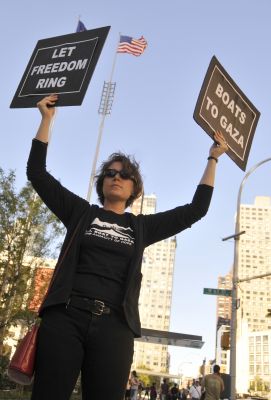