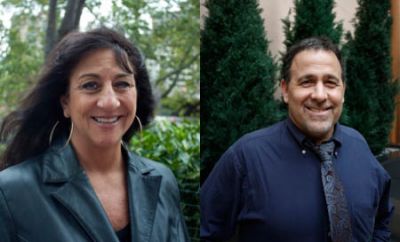 When a mosque and Islamic community center in Sheepshead Bay were formally proposed in the summer of 2009, the estimated 200 Muslim families living in the south Brooklyn neighborhood greeted the news happily. For many years, they’ve had to travel to mosques in Bensonhurst, Canarsie and Bay Ridge.

But the proposed three-story project at 2812 Voorhies Ave., which was approved Oct. 13 by the Department of Buildings, is now facing a storm of opposition, some of it from outside the community.  The main opposition group, a group of local residents called Bay People Inc., has mobilized since the beginning of this year to oppose the mosque for a number of reasons, including concerns over increased traffic, parking problems, noise and property values.

But Bay People, Inc., as well as other opponents, also have an agenda aligned with anti-Muslim groups and individuals that have been stoking opposition to mosques around the city and country.  On its website, Bay People states that, “the neighborhood residents are mostly of Italian/Russian/Jewish/Irish descent and will not benefit from having a mosque and a Muslim community center.”  In addition, the group is opposed to the Muslim American Society’s (MAS) affiliation with the project, claiming that MAS is associated with the Muslim Brotherhood and has links to radical Islam and terrorism.  (Rep. Michael McMahon, who represents parts of Brooklyn and Staten Island, asked the Federal Bureau of Investigation for a probe into MAS, which concluded that there was “no indication whatsoever that the Muslim American Society is affiliated with any organization that threatens our national security,” according to the Staten Island Advance.)

MAS has partnered with the local Muslim community to back the center, which in addition to having a prayer space will also have English as a second language classes, computer classes and workforce development programs.  Those closely involved with the proposed project say the focus will be on providing youth in the community with a positive place to go, but that it will be open to anyone.

“What they’re trying to do is put up all these smoke-screens to propagate fear in that community to not allow the [Muslim] community to build, and it’s absolutely unjust…for them to basically try to monopolize Sheepshead Bay and make it a Muslim free-zone,” said Debbie Almontaser, a prominent Muslim interfaith activist.  Almontaser is the board chair for the Muslim Consultative Network, which has been working with the local Muslim community in Sheepshead Bay to combat the opposition.  “If you look at the history of this community, there are churches, there are synagogues, and now it’s time to have a mosque.”

Bay People claims to have raised $30,000 to “fund a legal strategy to block the mosque by arguing it violates zoning laws and will create noise and traffic problems on the quiet block,” according to a June 30 Daily News article.

Backers of the mosque say that concerns over logistical issues have been addressed and that the opposition stems from anti-Muslim bigotry.  Parking problems will not increase because most families live in walking distance and the early morning call-to-prayer for Muslims won’t be broadcast outside, they say.  Theresa Scavo, the chairperson of Community Board 15, which serves Sheepshead Bay, dismissed concerns over traffic problems, saying that in New York City, “traffic is everywhere.”

The local community board has no formal say over the project, although they have held hearings about it.  “They have every right to build it,” said Scavo.

John Press, the head of the Brooklyn Tea Party, which protested alongside Bay People at a September 26 rally against the proposed mosque, didn’t shy away from opposing the mosque based on anti-Muslim sentiment, calling Islam a “hostile political doctrine.”

“We recognize the importance of the ‘clash of civilizations,’ and the Muslim American Society is a proponent of sharia law.  We believe that sharia law is antithetical to Western freedoms,” said Press, who doesn’t live in Sheepshead Bay and said that “a few” Brooklyn Tea Party members do.

The claims about “sharia” law and Islam as a “political doctrine” echo similar claims from anti-Muslim activists actively working to oppose the construction of new mosques around the country from lower Manhattan to Tennessee to California.

“The opponents against the proposed mosque in Sheepshead Bay erroneously brushstroke the entire Muslim community as ‘the other’ based on misinformation and at times outright bigotry,” Aliya Latif, the civil rights director for the New York chapter of the Council on American Islamic Relations, wrote in an email to the Indypendent.

Anti-Muslim accusations have been leveled by opponents of the mosque at a series of heated protests in the community, including a June 27 anti-mosque rally where one Sheepshead Bay resident threatened to “bomb the mosque” if it’s built, according to the Brooklyn Paper.

There have also been counter-protests to combat the opposition and to support the proposed project, like the one at a Sept. 26 rally that saw the dueling sides on two sides of Voorhies Ave.

“The day we were there, [Sept. 26], we arrived and we thought we went back to the 50’s.  There were signs all over people’s houses [reading] ‘Muslims go home,’” said Elaine Brower, an activist who lives in Staten Island and a member of the New York City Coalition to Stop Islamophobia, which has been organizing in support of the proposed mosque.  “If people don’t stand up against it in unity and show support for Muslims and Arabs in this country, it’s only going to get worse.”

Brower was also involved in supporting a proposed mosque in the Midland Beach neighborhood of Staten Island.  After a reverend initially entered into an agreement with MAS to sell a former parish convent to them so a mosque could be built, the board of St. Margaret Mary R.C. Church, which the reverend is a part of, withdrew support for the sale after about two months of harsh condemnation from local residents.  Like the Sheepshead Bay mosque controversy, residents cited concerns about parking and traffic as well as MAS’ alleged affiliation with links to terrorism.

Still, despite the vitriolic opposition to the Sheepshead Bay center, Allowey Ahmed, the owner of the property at 2812 Voorhies Ave., is moving forward with his plans.  Ahmed, a Yemeni-American and long-time Brooklyn resident, estimated that over $1 million in funds will need to be raised for the community center, and that he hopes construction will begin in the next few months.