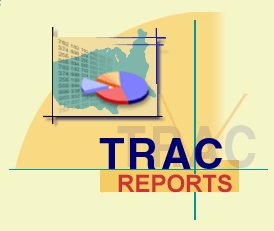 A non-partisan research center recently accused the Immigration and Customs Enforcement Agency (ICE) of withholding data about a “controversial aspect of a key responsibility of the federal government: what is it doing and not doing to enforce the nation’s immigration laws.” Their experience is all too familiar.

“ICE turned down more than half of what we asked for and gave us no reason,” said Susan Long, co-director of Transactional Records Access Clearinghouse (TRAC).

In May, TRAC requested data for immigrants arrested since 2004. ICE responded in September that certain details previously released were now “unavailable:”

ICE tacked on a $450,000 fee for the Syracuse University-based researchers to access available data.

Deportation Nation recently got our own eye-popping estimate for data about people arrested through “Secure Communities,” a program ICE uses to locate immigrants in local jails. “The total cost of searching for the records you have requested will exceed $4,000,000.00,” ICE replied. We revised our request and are awaiting a new fee estimate.

Secure Communities is set to expand nationwide by 2013. But ICE has released a trickle of information about the program in response to an open records request filed by several civil rights organizations. The groups got so fed up with ICE stalling that they sued the agency.

“ICE is racing forward imposing its Secure Communities program on new states and localities every day, without any meaningful dialog or public debate,” said Bridget Kessler, Clinical Teaching Fellow at the Immigration Justice Clinic of the Benjamin N. Cardozo School of Law, which submitted the request together with the Center for Constitutional Rights and the National Day Laborer Organizing Network.

Much of the limited information about Secure Communities was only released because of this request – including data that shows most immigrants deported under the Obama administration are low-level offenders or “non-criminals” even though Congress has mandated a focus on more dangerous immigrants.

This is especially outrageous when the Department of Homeland Security’s own internal watchdog suggested that ICE track the outcome of criminal charges that led to arrests through the 287(g) program – which authorizes local police to act as immigration agents. This recommendation remained “unresolved” in a May 2010 report.

ICE’s clampdown on the results of its enforcement programs raises serious questions about the Obama administration’s commitment to transparency and accountability for such a “key responsibility.”

This article was originally published on Deportation Nation.