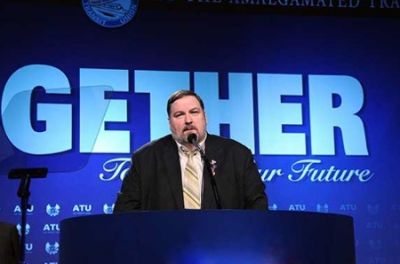 In 1996, Staten Island bus riders began to encounter clipboard-toting students who asked them to help with a cause they couldn’t refuse: lowering their own fares.

Hired by the Amalgamated Transit Union (ATU) Local 726, which represents Staten Island bus drivers, the students signed up thousands of bus riders who became the backbone of a movement that successfully pushed Governor George Pataki and Mayor Rudy Giuliani to have the MTA buy bigger express busses and use the cost savings to reduce fares. Once enacted, this quickly caused ridership to soar and led to the hiring of hundreds of additional bus drivers.

Now, Local 726’s former president President Larry Hanley will look to take that same kind of grassroots organizing fervor across the country after winning an insurgent campaign to take the helm of the 180,000-member national ATU at a time when mass transit is getting hammered by budget cuts and layoffs.

“The real battles in coming years are going to be won by organizing the public, not by litigating before a judge, not by begging Congress,” Hanley told Labor Notes shortly before being elected on Oct. 1 at the ATU Convention. “We have to convince people that green jobs matter, and that transit is the greenest job you’re going to find.”

Hanley helped found the Keep America Moving coalition in February. Leaders from 60 transit worker locals from across the country convened in New York to plan an aggressive fightback strategy that the then-leadership of ATU was not willing to act on. John Samuelsen, president of Transit Workers Union Local 100, strongly supported the initiative. TWU Local 100 represents the bulk of transit workers in New York City and has also been seeking to build alliances with community organizations to stave off service cuts and layoffs.

Supporters of mass transit have tried without success to interest President Obama (who won handily in urban areas two years ago) in providing more operating support for mass transit at a time when state and local budgets are cratering. Mass transit advocates have been stymied in Congress where the highway lobby receives the vast majority of federal transportation dollars as rural and suburban representatives outnumber urban ones. Congress has also left unchanged a 1998 law that requires cities with populations above 200,000 to use their federal funds only for capital expenses and not for operations.

On Oct. 13, Hanley convened a meeting of representatives from major transit and labor groups to begin preparing a nationwide outreach program to mass transit passengers. According to the union’s website, the first step envisioned was to bring ATU activists from key cities to a series of “boot camps” in the Washington, D.C., area where they would be trained in community organizing so they could use those skills back home to create local coalitions to pressure legislators to support mass transit. Coalitions like the one that succeeded in Staten Island. 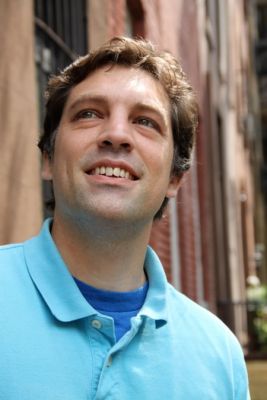 While only a fraction of the size of the ATU, the National Organization of Legal Service Workers/UAW Local 2320 is also experiencing a spirited election campaign this fall. Reformers within the 4,000-member union say their leadership has been slow to respond to government budget cuts and layoffs. The opposition slate is led by Bennett Baumer, a tenant organizer on the West Side of Manhattan who has covered labor and housing issues for The Indypendent since 2004.

“Unions are being beat back everywhere and we need a new plan,” said Baumer, who is running against the union’s incumbent president Gordon Deane.

Founded in 1977, Local 2320 represents legal aid attorneys, secretaries, paralegals and others employed by state or federally funded legal service agencies and public interest organizations. The union’s membership is scattered across the country with its largest units in New York and Chicago.

Baumer, 31, says he would draw on his past experience as a tenant and labor organizer to shift Local 2320 away from a business union model that treats members as passive recipients of the union’s work toward being an activist union in which members organize and mobilize to fight for their own interests and those of the people they serve.

Ballots were sent out Oct. 12 and will be counted Nov. 5. “It’s difficult to unseat a union incumbent,” Baumer said. “But, we’re making a good run at it.”