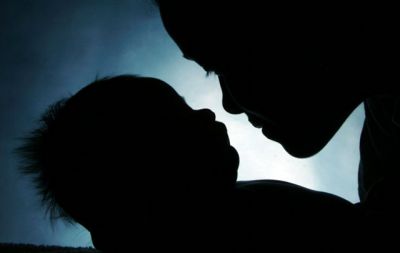 A new report from NYU’s Women of Color Policy Network, “At Rope’s End,” offers a definitive examination of wealth in families headed by single mothers. The findings are not surprising: women of color, who bear the compounding and accumulating weight of racial and gender inequities in the economy, are most likely to be left with no wealth. Wealth, as opposed to income, is the balance between all assets and debt; it’s what provides a cushion in hard times and a step up for children.

With recent cuts to the social safety net pushed through Congress by obstructionist Republicans and defecting Democrats, these inequities are set to grow. “At Ropes End” offers a set of proposals to prevent this and begin to create a more equitable economy.

Among the report’s many findings:

• In 2009, 23 percent of white women who were heads of households with children lived in poverty, compared to 40 percent of African-American and Latino female-headed households.

• Younger single mothers experience the greatest disadvantage in terms of wealth and assets. Over half of single mothers under the age of 40 have zero or negative wealth.

• More than three-quarters of single women mothers have debt of some kind. The most common debt for single mothers is credit card debt followed by installment debt.

In the recession, single women mothers are most likely to be unemployed and as a result, their kids are more likely bare the full weight of the economic downturn. But moms with jobs are also more likely to have bad ones. The report finds that the labor market is marred by segregation, with women of color disproportionately relegated to the lowest wage jobs that provide the fewest benefits.

“At Rope’s End” contribution, however, is less in the data in presents than its reiteration of the broader point: Almost everything about our economy compounds to keep single moms, particularly those of color, stuck in poverty.

The current Congress hasn’t done much to help matters. Lawmakers have been busy chopping away at food stamps and other safety net programs in the name of reducing the deficit. Meanwhile, Republicans refuse to support anything that might actually move the deficit downward. And the Obama administration seems to be struggling to pass even the most pared down economic stimulus initiatives.

The report points to legislative solutions that include an increase in child care subsidies and passage of the Paycheck Fairness Act, which would require race and gender wage equity and bolster tax credits for low-wage single mothers. But it also also offers solutions that bypass Congress altogether—things like better enforcement of existing racial and gender bias protections; larger programs to help low-income women and women of color enter higher education and more “culturally competent” financial literacy.

These ideas are by no means comprehensive. But in times when even Social Security and food stamps—once considered the worthy poverty programs—are getting chopped at, these may be ambitious enough.