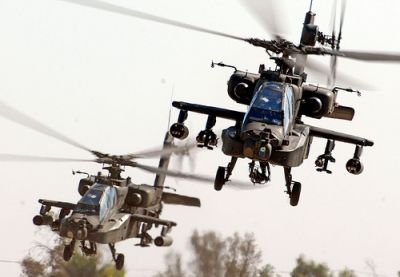 Because the United States does not look like a militarized country, it’s hard for Americans to grasp that Washington, D.C. is a war capital, that the United States is a war state, that it garrisons much of the planet and that the norm for us is to be at war somewhere (usually, in fact, in many places) at any moment.

Similarly, we’ve become used to the idea that, when force doesn’t work, our response, as in Afghanistan, is to recalibrate and apply some alternate version of the same under a new or rebranded name — the hot one now being “counterinsurgency,” or COIN — in a marginally different manner. When it comes to war, as well as preparations for war, more is now generally the order of the day.

This wasn’t always the case. The early republic that the most hawkish conservatives love to cite was a land whose leaders looked with suspicion on the very idea of a standing army. They would have viewed our hundreds of global garrisons, our vast network of spies, agents, Special Forces teams, surveillance operatives, interrogators, rent-a-guns and mercenary corporations — as well as our staggering Pentagon budget and the constant future-war gaming and planning that accompanies it — with genuine horror.

What does it mean when the military-obsessed Bush administration, which, year after year, submitted ever more bloated Pentagon budgets to Congress, is succeeded by one headed by a president who ran, at least partially, on an antiwar platform and who then submitted an even larger Pentagon budget? What does it mean when the Obama administration, after surveying nearly eight years and two wars’ worth of disasters, decided to expand the U.S. Armed Forces rather than shrink the U.S. global mission?

MILITARY BASES
What kind of a world do we inhabit when, at a time of mass unemployment, the American taxpayer is financing the $220 million upgrade of Bagram Air Base in Afghanistan, including new “water treatment plants, headquarters buildings, fuel farms and power-generating plants.” And what about the U.S. air base built at Balad, north of Baghdad, which has 15 bus routes, two fire stations, two water-treatment plants, two sewage-treatment plants, two power plants, a water bottling plant and the requisite set of fast food and retail outlets, as well as air traffic levels sometimes compared to those at Chicago’s O’Hare International?

What kind of world are we living in when a plan to withdraw most U.S. troops from Iraq leads the Pentagon to issue new contracts of almost a billion dollars to increase the number of private security contractors in that country?

What do you make of a world in which the U.S. military has robot assassins in the skies over its war zones, 24/7, and the “pilots” who control them from thousands of miles away are ready on a moment’s notice to launch missiles—“Hellfire” missiles at that—into Pashtun peasant villages in the wild, mountainous borderlands of Pakistan and Afghanistan?

What does it mean when, for our security and future safety, the Pentagon funds the wildest ideas imaginable for developing high-tech weapons systems? Take, for example, Boeing’s advanced coordinated system of handheld drones, robots, sensors, and other battlefield surveillance equipment slated for seven army brigades within the next two years at a cost of $2 billion and for the full army by 2025; or the Next Generation Bomber, an advanced “platform” slated for 2018; or a truly futuristic bomber, “a suborbital semi-spacecraft able to move at hypersonic speed along the edge of the atmosphere,” for 2035? What does it mean about our world when those people in our government peering deepest into a blue-skies future are planning ways to send armed “platforms” up into those skies and kill more than a quarter-century from now?

Do you ever wonder why one of our most successful businesses involves the sale of the same weaponry to other countries?

In September 2009, the New York Times Pentagon correspondent Thom Shanker, for instance, wrote a rare piece on the subject headlined, “Despite Slump, U.S. Role as Top Arms Supplier Grows.” The article cited a congressional study that noted the United States, with $37.8 billion in arms sales (up $12.4 billion from 2007), controlled 68.4 percent of the global arms market in 2008.

War is now the American way, even if peace is what most Americans experience while their proxies fight in distant lands. Any serious alternative to war is increasingly inconceivable.

In Orwellian terms then, war is indeed peace in the United States — and peace is war.

“Newspeak,” as George Orwell imagined it, was an ever more constricted form of English that would, sooner or later, make “all other modes of thought impossible.” “It was intended,” he wrote in an appendix to his novel, “that when Newspeak had been adopted once and for all and Oldspeak forgotten, a heretical thought … should be literally unthinkable.”

WHAT IS VICTORY?
When it comes to war (and peace), we live in a world of American Newspeak in which alternatives to a state of war are not only ever more unacceptable, but ever harder to imagine. If war is now our permanent situation, it has also been sundered from a set of words that once accompanied it. It lacks, for instance, “victory.” The smashing “victory” over Saddam Hussein in the First Gulf War only led to a stop-and-start conflict now almost two decades old that has proved a catastrophe.

Achieving victory no longer seems to matter. War U.S.-style is now conceptually unending, as are preparations for it. When George W. Bush proclaimed a Global War on Terror, conceived as a “generational struggle” like the Cold War, he caught a certain U.S. reality. In a sense, the ongoing war system can’t absorb victory. Any such endpoint might indeed prove to be a kind of defeat.

No longer has war anything to do with the taking of territory either, or even with direct conquest. War is increasingly a state of being, not a process with a beginning, an end and an actual geography.

Similarly drained of its traditional meaning has been the word “security” — though it has moved from a state of being (secure) to an eternal, immensely profitable process whose endpoint is unachievable. If we ever decided we were either secure enough, or more willing to live without the unreachable idea of total security, the American way of war and the national security state would lose much of their meaning. In other words, in our world, security is insecurity.

And “peace” itself? Simply put, there’s no money in it. Of the nearly trillion dollars the United States invests in war and war-related activities, nothing goes to peace. No money, no effort, no thought. The very idea that there might be peaceful alternatives to endless war is so discredited that it’s left to utopians, bleeding hearts and feathered doves. As in Orwell’s Newspeak, while “peace” remains with us, it’s largely been shorn of its possibilities.

What a world might be like in which we began to seriously scale down the U.S. global mission, close those hundreds of bases — as of 2010, there were almost 400 of them, macro to micro, in Afghanistan alone — and bring our military home is beyond imagining. To discuss such obviously absurd possibilities makes you an apostate to America’s true religion and addiction, which is force. However much it might seem that most of us are peaceably watching our TV sets or computer screens or iPhones, we Americans are also — always — marching as to war. We may not all bother to attend the church of our new religion, but we all tithe. We all partake. In this sense, we live peaceably in a state of war.

To purchase The American way of War, visit haymarket.org.