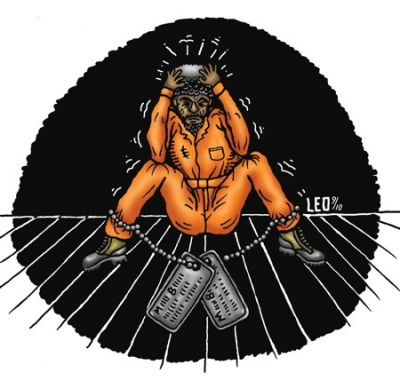 Manny Babbitt was walking down the street in Sacramento, Calif., on a foggy December night in 1980. An oncoming car startled him. He heard the movie Story of G.I. Joe airing on a television set, complete with the bombs and guns screaming at him. Leah Schendel was watching the movie at home with her screen door open. Manny’s mind flashed from the dark green and black trash bags beside him outside Leah’s apartment to the green and black body bags loaded onto the helicopters in Khe Sanh, Vietnam. He hurried into her apartment to turn off the television. And, Manny did what he was supposed to do — ensuring that the enemy was dead and his fellow soldiers were protected. He went through the ritual of securing the area. When Schendel got up to stop him, he struck her. She died from a heart attack. He tagged Leah Schendel’s body after she died, so that she could be identified and arrive home safely. He covered her with a teapot and a mattress, and took keepsakes.

The story did not start there, of course; rather, it started when Manny, a poor Cape Verdean, was a child growing up in Wareham, Mass. It was typical for a death penalty case: repeatedly kept back in school, a drunk and brutal father, a mentally ill mother, a good child and protective of others, suicides and mental illness in the family, and then, the first head injury and a changed behavior pattern as a result.

His life was a tragedy all around. So, Manny entered the military.

Manny could not have gotten into the Marines without the recruiter at South Providence filling out the general intelligence test for him. The military simply did not have enough troops that year; it needed the fodder.

After boot camp at Parris Island in South Carolina, Manny was assigned to an Ontos, a light anti-tank vehicle.

He loaded shells filled with darts that were fired at groups of North Vietnamese soldiers and shredded them to pieces. The young Marine described it as, “Body parts like red rags flying.” Manny was 18 years old.

In the 77-day siege of Khe Sanh in 1968, there were 6,000 U.S. troops holding Khe Sanh against 40,000 North Vietnamese army regulars. Fighting was sometimes hand-to-hand. Most of the Marines at Khe Sanh were teenagers, young enough to develop the blank, flat expression they called “the thousand-yard stare.”

In the course of the combat, the U.S. Air Force dumped more than 150,000 bombs into the surrounding jungle. When a soldier was killed, his comrades would try to cover the body with bedrolls, blankets — whatever might protect the body from the shrapnel and the rats. They would take personal belongings, such as cigarette lighters, as keepsakes. Then the corpse’s ankle was tagged for identification.

On the 56th day of the siege, March 1968, a North Vietnamese rocket exploded on the airstrip in Khe Sanh and Manny was struck in the head. He became one of 2,000 U.S. casualties at Khe Sanh. He was loaded onto the helicopter on top of green and black body bags, and before the helicopter took off more dead Marines were thrown on top of him. He returned to combat at Khe Sanh one week later. Manny took part in five major campaigns in Vietnam.

Back home, Manny huddled in the middle of the wet streets in the dark, covered by cardboard and dressed in a fatigue jacket, camouflage pants and combat boots. He traveled with bottle caps, clicking them as though they were castanets. It was a technique used by soldiers to stay awake in the trenches of Vietnam. Manny used them to meditate. He screamed for help. “I am going to hurt someone.”

JUSTICE GONE AWRY
In December 1980, Bill Babbitt, Manny’s brother, made the hardest decision of his life. He told the police that he suspected his younger brother of having killed Schendel. Manny had come to live with Bill and his wife Linda in Sacramento that September after being released from a mental institution. Manny had been suffering from posttraumatic stress symptoms ever since he returned from Vietnam in 1969. His life revolved around drugs, medications, internal combat and mental institutions.

Linda called Bill at work one day and said that she had found coins stashed around the house, and that Manny had been buying the kids gifts with extra money. That night Bill found a little choo-choo piggy bank packed with rolls of nickels, along with a cigarette lighter engraved with the initials “L.S.” He looked through the newspaper and found an article about an old woman who was killed in their neighborhood earlier that week. It hit Bill hard: Leah Schendel had been playing the nickel slots in Reno just days before the murder.

Manny’s brother turned him in to the police. He wanted to get help for Manny. He thought he was doing the right thing and didn’t know what else to do. He was promised counseling and support for Manny.

The trial in 1982 against Manny was a sham. His court-appointed lawyer failed to raise any coherent argument around posttraumatic stress disorder. The lawyer drank heavily, was poorly prepared for trial and gathered no background information. Years later, the lawyer pleaded no contest to charges of embezzling money from a client’s trust fund and resigned from his legal practice. Manny was found guilty by an all-white jury and was sentenced to death on May 14, 1982.

SEMPER FI
In prison, Manny Babbitt studied Tai Chi. He became a chef and read philosophy and eastern religious books. He read and drew. He taught and counseled.

In March 1998, the Marine Corps sent two officers to pin a Purple Heart on Manny in the warden’s office at San Quentin, Calif. Manny was shackled as he stood proud and tall.

No case brought more division and heartbreak to the people of California than the case of Manny Babbitt. It arose in the heat of the law and order and victims’ rights campaigns that had begun in the 1980s and spread throughout the nation.

California’s Gov. Gray Davis, himself a veteran, refused to commute the execution for Manny Babbitt, in spite of the pleas from thousands of people and the support of veterans across the country.

Marine Lance Corporal Manny Babbitt was executed one day after his 50th birthday and one minute after midnight. He was killed by lethal injection at San Quentin Prison.

He did not remember the murder of the 78-year-old grandmother he killed; instead, he continued to live in Vietnam, where even in daylight enemy soldiers were invisible behind a veil of jungle and mist. “Semper Fi” was his salutation.

Bill Babbitt watched his brother’s execution, and he cried. The Marines cried. The lawyers cried. The warden cried. The guards cried. Manny saluted as well as he could; he was shackled tightly.

THE HYPOCRISY OF WAR
Manny’s case remains alive because closure cannot occur through vengeance. The politicians involved in Manny’s case answered the misguided needs of the victim’s family, but ignored their own roles in the wars they support, in the realities facing the veterans when they return home, the very atrocities of those wars, and the crimes against humanity involved in the death penalty itself.

These politicians who have never been in war, who have never fought in Khe Sanh, in Iraq, Yemen, Afghanistan, Pakistan, or Somalia, who never dropped the nuclear bombs, smelled the burning flesh, wiped and peeled their own skin off their bones, burned and charred from napalm, how can they wholeheartedly support killing?

Diane Feinstein stated it very succinctly in the Military Honors Preservation Act, May 1998:

“A member of the United States armed forces may not enter a federal, state, or local penitentiary for the purpose of presenting a medal to a person incarcerated for committing a serious violent felony.”

This bill ensures “that those who have served this nation with distinction will not see their service medals devalued by the crimes of others,” said Feinstein, who supports funding wars, never having served in one.

The Schendel family stated that it was through Manny’s death that they felt their family could begin to heal. As though veterans could heal by continued killing.

Manny was executed in a legalized war field. Its name is either Khe Sanh or San Quentin, death row.

Marti Hiken is the director of Progressive Avenues (progressiveavenues.org). She is the former chair of the National Lawyers Guild Military Law Task Force and the former associate director of the Institute for Public Accuracy.