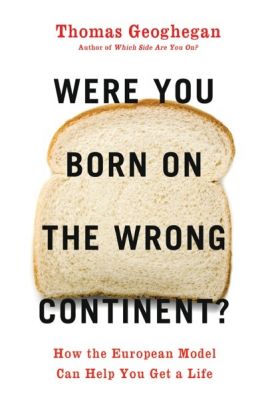 Were You Born on the Wrong Continent?:How the European Model Can Help You Get a Life
Thomas Geoghegan
New Press, 2010

In the wake of the recession, the plight of the U.S. worker has gone from bad to worse.

But not to worry — labor lawyer and author Thomas Geoghegan has the answer. He confirms what we have all suspected in our darkest moments: life is better in Europe, and in Germany, in particular.

While Americans were overworked before the recession, the current financial crisis has hit Americans with the double-whammy of increased hours (for those who still have jobs) and a spike in living costs. At 1,804 hours a year, Americans clock in 400 hours more than our German counterparts—that’s the equivalent of 10 extra 40-hour work weeks each year. Our GDP is higher than Germany’s, but only from astronomical spending on private healthcare, childcare and tuition — all of which Germany provides for free, or nearly free, to its citizens.

With his trademark mix of invective and black humor, Geoghegan argues in Were You Born on the Wrong Continent? that Europeanstyle social democracy benefits the middle- and upper-middle classes even more than the working class, and that, once Americans come to their senses, we may realize it’s the only way for our own advanced capitalist economy to survive.

The Indypendent spoke with Geoghegan about why workers are better off in Germany, and why it may not be too late for us.

Irina Ivanova: You write that Americans work many more hours than our European counterparts. Why is that?

Thomas Geoghegan: It’s because there’s no one to tell us it’s okay to go home. Given that there’s no restraint on our employers for firing us for any reason at any time, this puts enormous pressure on us, almost like lab rats, to work harder than the lab rat next to us.

TG: Since productivity is measured on an hourly basis, it’s almost a given that the more hours you work the less productive you become. And in the United States there are loads of people who should get paid hourly who don’t. If these people were paid by the hour, employers might abandon this system!

II: Why Germany? What sets it apart from other European countries, and what makes it a good example for us to follow?

TG: Of all the countries on planet Earth, Germany’s the one country that has the most “worker control” of any other place since the collapse of Communism. It’s a capitalist country, but with a much more pliable form of capitalism. Germany is a creditor nation, and the world’s biggest exporter — on par with China. Conversely, the United States is a debtor nation, running a huge trade deficit. 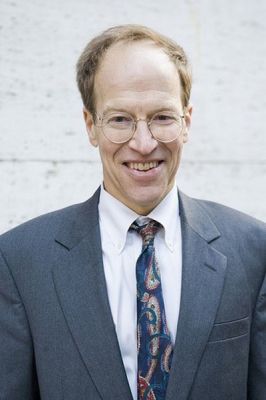 II: In what ways does Germany have the most worker control?

Second, they have co-determined boards in big global firms with over 2,000 employees. This means that the employees elect one-half of the board. And on top of all this, they also have unions.

II: Why is there such opposition in the United States to European-style social democracy?

TG: I think America would be a social democracy if we had a government like European social democracies based on the principle of one person, one vote.

But, as you’ve seen during the Obama administration, everything has to go through the Senate, where North Dakota has as much sway as New York. The Senate is set up for irrational, even antidemocratic outcomes. It was set up to protect slavery and enforce Jim Crow, and now it’s set up to keep unions out. Our legal system creates this culture, and then we turn around and say, ‘Well, we have this legal system because we have this culture.’

II: Is there any way for the United States to become more like Germany?

TG: It’s not just about Germany. Take the top 20 industrialized countries in the world. If 19 of them are going in one direction, and the other one heads in another direction, that’s unsustainable.

We’re at a point right now where the majority of citizens in the United States, which is a fundamentally European project, are about to become non-white, and that majority may be the agent to turn the United States — paradoxically — into something more European. Our descendants may be a smarter, more diverse, multilingual crew.

But that’s not a prediction — it’s a hope.