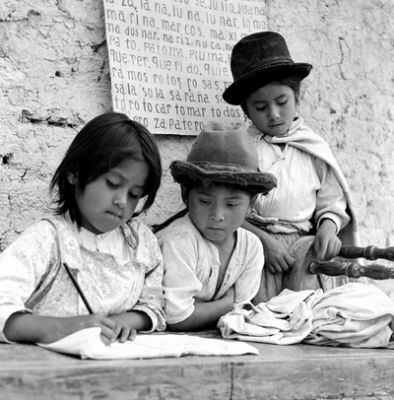 On Dec. 6, 2009, Evo Morales won a decisive mandate for a second term in office with an astonishing 64 percent of the popular vote. This latest electoral victory marked the peak of a wave of successes at the polls, including 67 percent support for his administration in the recall referendum of 2008 and 61 percent approval of the new constitution in a popular referendum held in January 2009.

Morales is the first president in Bolivia to be reelected in successive terms. For the first time since the 1952 National Revolution, a party won a massive majority and control of both houses of the legislature, providing the Movimiento al Socialismo (Movement Toward Socialism, MAS), with the power, among other things, to reconfigure the reactionary judiciary. The MAS controls 25 of 36 Senate seats and 82 of 130 seats in the House of Deputies.

With the government at the start of its second term, this is an ideal time to take stock of the situation in Bolivia. Unfortunately hyperbole has often been substituted for serious reflection and analysis.

Prior to the elections, for example, Judy Rebick, a prominent Canadian leftist, suggested that the MAS government is “reinventing democratic socialism. They are in the process of creating a pluri-national state with equal rights for all nations and people, redistributing land, providing free health [care] and education for everyone, creating what they call a pluri-economy that includes public, private, cooperative and communitarian [aspects]. In four years of power they have eliminated illiteracy, reduced extreme poverty by 6 percent, instituted a seniors’ pension for the first time, nationalized hydrocarbons and achieved a 6.5 percent economic growth.”

Journalist Naomi Klein remarked, “Bolivia is in the midst of a dramatic political transformation; one that has nationalized key industries and elevated the voices of indigenous peoples as never before.”

Atilio Borón, a well-known Argentine intellectual, suggested that Bolivians had just elected “a president committed to the construction of a socialist future for his country.”

These positions were reflections of Morales’ rhetorical embrace of Bolivia’s advance toward “communitarian socialism.” Addressing the crowds amassed outside the Presidential Palace in La Paz following his 2009 re-election, Morales noted that the win provided a space and opportunity to “accelerate the process of change and deepen socialism.”

NEOSTRUCTURALISM
In Latin America, the latest approach to development is frequently called “neostructuralism.” While it signifies a move away from neoliberal orthodoxies, it continues to obfuscate key components of class relations under capitalism and mischaracterizes the state as a neutral actor, fairly arbitrating between conflicting interest groups.

The state’s role in reproducing the conditions for accumulation and enabling the generation of profits for private capital is concealed, as is its repressive role in policing the inevitable class conflicts, and explosions of resistance that occur in response to the exploitation, alienation and dispossession inherent to capitalist society. In reality, the state maintains capitalist order and seeks to regulate its social contradictions, and it does so in the economic and political interests of the ruling class.

Class exploitation and the state repression it frequently necessitates are  constituent elements of capitalism, not episodic or anomalous phenomena, as neostructuralists like to imagine.

HIGH GROWTH, LOW SPENDING
As early as the first year of the Morales administration, there were clear signs of deep continuities with the inherited neoliberal model. Most of Morales’ first four years can be described as high growth and low spending. Prior to the fallout of the worldwide economic crisis, which started to affect the Bolivian economy in late 2008 and early 2009, the country’s gross domestic product (GDP) had grown at an average of 4.8 percent under Morales. It peaked at 6.1 percent in 2008, and dropped to an estimated 3.5 percent in 2009, which was still the highest projected growth rate in the region. This growth was based principally on high international prices for hydrocarbons (especially natural gas) and various mining minerals common in Bolivia.

Government revenue increased dramatically because of changes to the hydrocarbons tax regime in 2006, but fiscal policy remained austere until the global crisis struck. Morales ran budget surpluses, tightly reined in inflation and accumulated massive international reserves by Bolivian standards. Public investment in infrastructure, particularly road building, increased significantly, but social spending rose only modestly in absolute terms and actually declined as a percentage of GDP under Morales. The social consequences of reconstituted neoliberalism have meant almost no change in poverty rates and social inequality under Morales.

One of the dominant theoretical and practical innovations of Latin American neostructural economic theory has been proactive labor flexibility, or the prioritization of state efforts to build consensus among workers around submission to the imperatives of export-led capitalist development in a fiercely competitive world system. States attempt to co-opt and reengineer labor movements so that they abandon class struggle in favor of cross-class cooperation and stability in labor-state relations.

This synergistic relationship is thought to benefit all social classes under the development model, and to advance “systemic competitiveness” of the country as it inserts itself ever more deeply into international markets. In Bolivia under the MAS, this framework has taken the form of strategic co-optation and division of labor and peasant movements on the part of state managers, while capital simultaneously seeks to deepen the flexibility and precariousness of the workforce to its advantage.

POST-NEOLIBERAL TURNS?
The MAS government has incorporated some of the language of indigenous liberation developed by the earlier popular struggles, but has separated its indigenous focus from the material reality facing indigenous people and has not proposed economic reform anywhere near the levels of the mid-20th century nationalist-populist epoch in Bolivia. Levels of state employment in the late 1960s were massively higher than they were after four years of MAS administration, and the state’s proportion of total investment in the country in the late 1960s was 52 percent, by conservative estimates, as compared to the maximum claims of 32 percent today, with ultimate official goals of only 36 percent state participation in GDP.

A look at the mining sector reveals that the two nationalizations that have taken place — of the Huanuni and Vinto mines — were a consequence of concerted struggles by the mine workers and community allies, which forced the Bolivian government to act. They can hardly be seen as part of the government’s overarching agenda.

Important as these struggles were, the overwhelming majority of active mines in Bolivia are owned and operated by transnational mining capital, principally Indian, Korean, Japanese, Canadian, U.S. and Swiss capital at the moment, with the possibility of French and Russian involvement through lithium development.

REVOLUTIONARY EPOCH
Bolivian popular movements have been at the cutting edge of resistance to neoliberalism in Latin America in recent years. The popular upheavals of the “Water War” against privatization in 2000 turned the tide against 15 years of right-wing assault.

This was followed by the ousting of two neoliberal presidents in the “Gas Wars” of 2003 and 2005. All this laid the basis for Morales’ successful bid to become the country’s first indigenous president, as leader of the MAS, in December 2005.

The left-indigenous insurrectionary period amounted to a revolutionary epoch, even if its main protagonists have not yet achieved a social revolution. As politics shifted from the streets to the electoral terrain after the May–June 2005 revolts and the lead-up to the December 2005 elections, Bolivia witnessed the common turn toward a dampening of revolutionary possibilities and social movements demobilized as a moderate political party came to office.

The election of Morales signified a historic blow against informal apartheid race relations in the country and was rightfully celebrated domestically and internationally as a major democratic step forward for the country. But the MAS had long since abandoned the perspective of simultaneous liberation from class exploitation and racial oppression of the indigenous majority. Rather, the party had shifted toward a crude model of stages, where a much thinner cultural decolonization of race relations was promised immediately, while socialism was deferred to a distant future.

It should perhaps have been less surprising than it was for many that the first year of the Morales government saw only modest breaks with the inherited neoliberal orthodoxies — limited essentially to foreign relations with Cuba and Venezuela and the IMF, and domestic policy in the hydrocarbons sector.

At the same time, while popular movements had struggled for a revolutionary constituent assembly, the actual assembly established by the government in 2006 was a poor substitute, indeed more reminiscent of the proceedings of the existing liberal congress than a participatory and revolutionary rupture with the status quo. Hope for Bolivia remains with the overwhelmingly indigenous rural and urban popular classes, organizing and struggling independently for themselves against combined capitalist exploitation and racial oppression, with visions of simultaneous indigenous liberation and socialist emancipation guiding them forward, as we witnessed on a grand scale between 2000 and 2005.

Jeffery R. Webber is the author of From Rebellion to Reform in Bolivia: Class Struggle, Indigenous Liberation, and the Politics of Evo Morales (Haymarket Books, 2011). This article was excerpted from a longer version that appeared in the September–October 2010 issue of International Socialist Review.