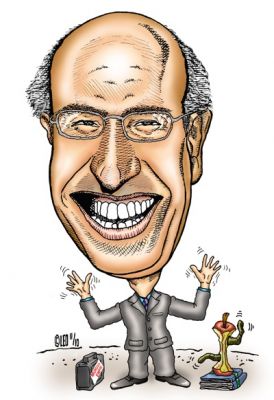 Many parents will be glad to see Joel Klein leave as chancellor of New York City public schools.

Klein was an extremely poor manager who oversaw a perennially chaotic Department of Education. He leaves behind a legacy of classroom overcrowding, discord over co-located schools, kindergarten waiting lists, school grades based on bad data, a substandard credit recovery programs and the replacement of art and music programs with standardized test preparation.

Klein showed very little regard for the rule of law and faced multiple lawsuits as a result — including one triggered by his refusal to reduce class size despite receiving more than $2 billion in additional state funds to do so, which he misspent. In the NYC Department of Education’s own surveys, parents said that class size reduction was their greatest wish for their children, and yet class sizes rose sharply under his leadership.

The achievement gap has not narrowed in any grade or category. Instead, black and Latino students have fallen further behind their peers in the nine other cities that have participated in the National Assessment of Educational Progress (NAEP) test since 2003. And New York is the only city in the nation where non-poor students now have lower average test scores on the NAEP tests than in 2003.

On Nov. 9, Mayor Bloomberg announced that Cathleen Black would replace Klein. Black has little experience that qualifies her for the position, aside from serving on the board of a charter school with high teacher attrition and student suspension rates. Her appointment may become an important turning point.

It has provoked a firestorm of controversy. This citywide moment of clarity has only occurred twice before: in March 2003 when Bloomberg fired three members of his own hand-picked school board because they disagreed with him prior to a critical vote, and when he announced his intention to overturn term limits in the 2009 mayoral election.

New Yorkers are finally realizing the damage caused by Bloomberg’s autocratic behavior. This is a critical moment, and we must join together to reject this appointment and the abuse of power it represents.

Black lacks the minimum educational qualifications required under New York state law to serve as chancellor. Therefore, she must receive a waiver from State Education Commissioner David Steiner. Klein received the same waiver when he was appointed in 2002. However, this waiver is not guaranteed, and much has changed since then as doubts have grown about the mayor’s handling of the school system.

Sign the NYC Kids PAC petition at tinyurl.com/2fmstgt. This will automatically send an email to Commissioner Steiner, the Board of Regents and the State Legislature stating your opposition to Black’s candidacy.

Leonie Haimson is the executive director of Class Size Matters (classsizematters.org) and co-founder of the NYC Public School Parent blog at nycpublicschoolparents.blogspot.com.

WHO IS CATHLEEN BLACK? 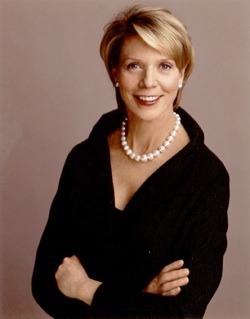 Previous Job: President of Hearst Magazines where she oversaw publications such as Seventeen, Town & Country, Popular Mechanics and Cosmopolitan.

Homes: Park Avenue on the Upper East Side; Connecticut

Education: Attended parochial schools in her home town of Chicago and graduated from Trinity College in Washington, D.C.

Public Education? No thanks: Sent her children to Kent School, a $45,000 per year boarding school in Connecticut, moving one critic to note, “not only doesn’t she not know our kids she doesn’t even know her own kids!”

Charter Connection: Black serves on the board of the Harlem Village Academy charter school network, which is co-chaired by Rupert Murdoch. Black has yet to attend a meeting since joining the board.

Reaction: “A superstar manager who has succeeded spectacularly in the private sector” (Mayor Bloomberg); “meets none of the professional experience requirements” (City Councilmember Robert Jackson, Chair of the Education Committee); “a complete deviation from [Bloomberg’s] claim to choose people based on merit and qualifications” (El Diario); “The Department of Education should not be treated as a playground for the rich and famous or who are tired of their corporate careers.” (Assemblymember Hakeem Jeffries, D-Brooklyn)

We respectfully urge you to withhold any waiver that would allow Cathleen Black to become Chancellor of the NYC public schools. Ms. Black is simply not qualified to become the leader of the nation’s largest school system.

We have had nine, long years with a chancellor who had little or no educational experience, and our schools have suffered as a result, with growing class sizes, worsening overcrowding, test prep replacing a full and varied curriculum, rampant credit recovery, and no narrowing of the achievement gap.

We need an educator who understands what teaching and learning are all about, who will listen to parents, and who will recognize the meaning of a quality education.

Yours respectfully, [Your name]

To learn more about the petition, visit tinyurl.com/2fmstgt.