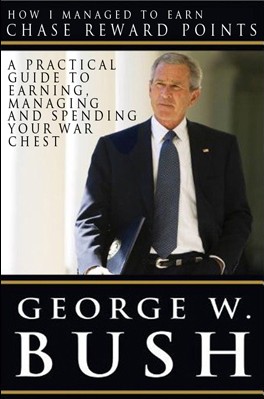 On Tues., Nov. 9, George Bush’s memoir Decision Points comes out in bookstores around the country. Taking a cue from a movement in Britain that called for people to subversively move Tony Blair’s recently published memoir, A Journey, to the Crime section of bookstores, Waging Nonviolence is asking that in honor of the release of the Bush memoir, people reshelve Decision Points to the part of the bookstore where it really belongs: Crime.If you do decide to participate in this nonviolent act of subversion, please respond to our invitation, take a picture of your “mission accomplished,” and post a photo of your handiwork to our Facebook page.

In Bush’s upcoming memoir he defends several of the criminal policies that he implemented during his time in office, including the invasion of Iraq and the use of waterboarding.

As another fun act of subversion, back in April the Huffington Post asked readers to send in their new and improved Photoshopped Decision Points covers. The one above was my personal favorite.

Here’s your chance to voice your opinion on what you think about George Bush’s presidential recollections. Is it a crime, humor, horror, dark fantasy? Whatever your opinion, go out on Tuesday and put Bush in his right place.