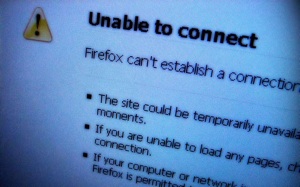 Residents in and around Albuquerque, N.M., will gather today for a town hall meeting to discuss the future of broadband Internet legislation. The meeting, the second such event in less than six months, comes at a difficult time in the battle over how open the Internet will remain. The FCC has largely gone silent on the issue, and prospects for regulatory legislation in next year’s Congress now appear dim.

At the heart of the debate is the adoption of rules stating that all content on the Web should be treated equally. Internet service providers wouldn’t be to manipulate the speed of certain content over others—say, prioritize content providers who pay for speed—or block users from visiting certain content at home or on mobile devices. Activists have been pushing to have broadband reclassified as an essential communication tool, much like landline phones and television access. Industry and its supporters argue that regulation will hamper competition among providers, which in turn will undermine efforts to get more people access to broadband.

The situation in New Mexico is telling. The New Mexico Independent reported in 2009 that in a state that’s mostly rural, only 57 percent of residents have Internet at all, compared to nearly 63 percent nationally. When it comes to the number of home-based broadband connections, the state ranks 40th nationwide, according to Census numbers from 2007.

A report by the Rural Internet and Broadband Policy Group from 2009 noted that in isolated communities like much of New Mexico, access to unfiltered information is especially important because many homes generally lack consistent access to all media, not just broadband.

Last week, the Commerce Department released a study that examined home broadband adoption in the U.S. The results weren’t new: the digital divide still exists. Yet these findings, which were culled using Census data from 2001 to 2009 and surveys of 54,000 households in October of 2009, are widely considered one of the most authoritative looks at Internet adoption to date.

Among the report’s most important findings were the facts that white and Asian American households are more likely to have Internet access; Asian American homes have the highest rate of broadband adoption in the country. People with more education and money are also more likely to have high-speed Internet, but even when those variables are taken out of the equation, white Internet users are still more likely than black and Latino users to have Web access. So even though broadband access has increased from 9 percent in 2001 to 64 percent in 2009, that pesky digital divide has remained stubbornly in place.

The question now, of course, is what needs to be done. For many, high-speed Internet has already become a communication necessity, with social services and educational resources moving online. The gap in who has access is beyond the question of personal convenience and largely becoming a concern of future governance. The FCC released an ambitious national broadband plan earlier this year, but some advocates complained that for all of its talk of how important the Internet is for the future, there was little mention of what steps needed to be taken in the present.

In the month’s following the FCC’s report, broadband access and net neutrality have tripped in and out of public awareness. The FCC held a series of closed door meetings with key industry players before Google and Verizon teamed up to announce their own legislative plan this summer. That plan eschewed interference on home computers but notably left the door open for deregulated mobile networks. The FCC eventually said that it would lay low on the issue until after midterm elections. Now that time has arrived, along with a wave of GOP newcomers, some of whom have already spoken out openly against reclassification.

In September, Rep. Henry Waxman dropped plans to introduce his own legislative plan to Congress. Depending on who you ask, the FCC has either dropped the ball entirely or been backed into an impossible corner.

“It’s a case of the chairman not having a stomach for being a regulator,” Joshua Breitbart, a policy analyst with the New America Foundation told me shortly before the Waxman ordeal.

Interestingly, many civil rights organizations have come out against net neutrality. Their positions are mostly based on the idea that Internet providers will grow cranky if they’re saddled with federal regulations, and that could compromise their drive to build affordable Internet platforms in rural and urban communities. Jennifer Martinez reported for the Los Angeles Times in September that telecom companies have poured millions of dollars in donations and services into the bank accounts of those civil rights groups in efforts to buy their support. And if that’s the case, it’s clearly working. (Image by Steve Rhodes)

The issue is oddly playing a role in the fight over the new Democratic Party leadership. South Carolina Rep. James Clyburn is vying for the post of minority whip and trying to tamp down his reputation as a Nancy Pelosi-style lefty. A few weeks ago he appeared on “Face the Nation” to argue that despite his beginnings in the civil rights movement, he’s not such a liberal after all. At least that much he’s already shown by helping lead the Congressional Black Caucus’ opposition to net neutrality (not to mention coming out in favor of raising the retirement age). Interestingly, Clyburn’s daughter is one of the most vocal proponents of net neutrality on the FCC.

While legislative wrangling continues on Capitol Hill, the public is slowly beginning to speak out on the issue. On the heels of the Google-Verizon announcement in August, advocates in Minnesota held a town hall to discuss the need for an affordable and regulated Internet. More than 700 people attended, and Commissioners Mignon Clyburn and Michael Copps addressed the crowds.