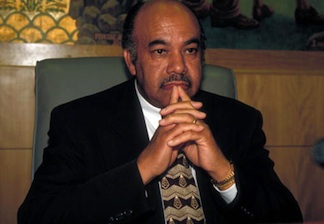 When Arizona voters passed Prop 107 and outlawed the use of affirmative action in state hiring and admissions processes by a 60-40 margin last week, few were surprised.

It is Arizona, after all, home to SB 1070, the harshest anti-immigrant piece of legislation to come down in recent memory, and HB 2281, the state’s new ethnic studies ban. And, where would any of those policies be without politicians like state Rep. Russell Pearce, who authored SB 1070, or Governor Jan Brewer, whose winning campaign rested on her repeating border violence lies of phantom headless bodies found in the Arizona deserts.

But what happened last week has roots that go back much further than Brewer alone. Prop 107, misleadingly titled the Arizona Civil Rights Initiative, was a Ward Connerly-backed production. Connerly is a California-based black anti-affirmative action crusader who has successfully spearheaded campaigns to get California, Michigan, Nebraska and Washington to pass similar bans in the last decade. According to Diverse: Issues in Higher Education, Connerly has spent $1.7 million in Arizona to get an affirmative action ban passed in recent years. The new law amended the Arizona Constitution to ban affirmative action programs in state hiring, admissions and contracting processes.

According to Rev. Oscar Tillman, president of the Maricopa County NAACP, Gov. Brewer’s power was cemented by a phalanx of Republicans in the state legislature, and SB 1070’s passage paved the way for other bills to get rammed through. “The same people who put 1070 in there are the same people who supported 107,” Tillman said, whose group opposed Prop 107. “They go hand in hand.”

Tillman said that for years groups had been challenging Connerly’s concerted but often failed efforts to get an affirmative action ban passed in Arizona. But this year Connerly had a different scheme. Instead of going through the traditional route of garnering public signatures to get it on the ballot again—groups had successfully challenged that tactic before—Connerly circumvented the public altogether and went straight to the sympathetic state legislature, who put Prop 107 on the ballot.

“We are telling people you are smart enough and work hard enough but because of the color of your skin you can’t get in,” Montenegro told Arizona’s ABC15.

“When you see a Hispanic sitting here, it sends a message to people who don’t fully look at or study the ballot,” Tillman lamented. “He was the face of the Hispanic community to say: we don’t need it anymore. You have a charismatic leader in the Senate saying this? This is what we were up against.”

Prop 107 feeds on a myth Americans are desperate to believe: that the country is a meritocracy where hard work and a bootstraps-mentality are all that are necessary for success, institutionalized inequities be damned. Affirmative action bans rely on this false narrative, which is just as alluring to women and people of color—exactly the parties affirmative action policies are meant to protect—as it is to white people and men.

Prop 107 also got a jolt of support from the Arizona Republic, the state’s largest newspaper:

Affirmative action wasn’t meant to be a perpetual-motion machine. The policy served an important purpose, making up for missing opportunities in education and the workplace. But over time, the drawbacks have come to outweigh the advantages.

“The biggest lie about Prop 107 is that somehow we live in a post-racial society where the playing field is level,” said Isabel Garcia, co-chair of the Coalicion de Derechos Humanos.

Of course, there were many vocal opponents, including Arizona Rep. Kyrsten Sinema and multiple state university presidents, who said Prop 107 would harm the state and their schools’ enrollment.

University of Arizona president Robert Shelton, an outspoken critic of Prop 107, addressed the campus after it was passed: “This proposition was just one example of a great challenge that was on display in almost every race in this year’s election, where we saw campaign after campaign designed to divide people, rather than unite them; to play on their fears, rather than inspire their hope,” the student paper reported.

Arizona is indeed home to some of the country’s most regressive social policies today. The state is a hot bed of anti-immigrant scapegoating and demagoguery, and so even though Connerly’s got a national strategy to push statewide affirmative action bans, Prop 107’s passage is a blip on the screen of harsh bills people are fighting in the state.

“Prop 107 is but one,” Garcia warned, and said that people are already gearing up for the 2011 legislative season, when Arizona lawmakers are expected to try to repeal birthright citizenship, and pass a bill denying public education to undocumented children. “Ward Connerly knew that this was the perfect moment. He had a very right-wing Tea Party legislature all in on it.”

“They are riding this crest of public ignorance,” Garcia said.

As for getting Prop 107 repealed, don’t hold your breath for legal action. Activists are settling in for a fight that may take years. Connerly’s sneaky legislating maneuvers make it hard to bring lawsuits against the new law. “He was wise enough to get the legislators to put it on the ballot,” Tillman said. “Because who are you going to sue?” Tillman said the NAACP is looking at other programs they can get federal support for.

“The resistance is going to have to take many different forms,” Garcia said. “Lobbying is for the birds right now. We need to be lobbying our own public, doing education and base work.”

“I don’t think Arizona truly feels the impact of what they’ve done yet,” Tillman said. “I just think it’s going to have to hurt a little bit more before things get better.”