This article was originally published on Working In These Times from the United Steelworkers Blog. 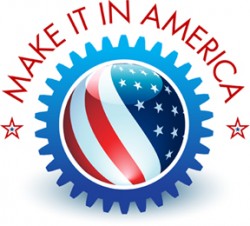 No doubt voters sent a message last Tuesday. Deciphering it correctly is crucial.

Republican cryptographers interpreted the election results that gave the GOP control of one house of Congress as a directive to demolish everything produced over the past two years – health care reform, Wall Street re-regulation and economic stimulus. In fact, like the Blues Brothers, they believe they’re on a mission from God. Unlike Jake and Ellwood who set out to save an institution, Republicans intend to crush the President, and if a crippled leader means the nation suffers, well, too bad.

But the electorate wants construction, not destruction. Voters want cooperation, not gridlock.

President Obama properly decoded the message and reached across the aisle, inviting Republicans to a White House summit. At that meeting, he will attempt to collaborate with politicians bent on his annihilation, which is like trying to navigate a mine field. But in these negotiations, there is a safe zone: manufacturing. The electorate wants American manufacturing restored to greatness. Voters know industrial revitalization would create good, middle class jobs, strengthen national security and improve the economy.

Some Republicans already have shown a willingness to cooperate on this issue. Just before the midterm recess, 99 Republicans voted with Democrats to pass by 348 to 79 the Currency Reform for Fair Trade Act, which would enable the Commerce Department to impose import tariffs to offset the detrimental effects of manipulated currencies. This is vital in places like Ohio, Michigan and Pennsylvania where manufacturing has been decimated by Chinese exports sold at artificially low prices. Products from several Asian countries are falsely cheap because the governments intervene in the market to suppress the value of their currencies against the dollar.

Americans have been saying for months that they support these measures and that they’re serious about reviving domestic manufacturing. That’s what likely voters told pollsters for the Alliance for American Manufacturing in April, when the unemployment rate had risen to a high 9.9 percent. They said creating jobs and, specifically, generating manufacturing jobs, as well as strengthening manufacturing in America were by far their top three concerns, significantly outpacing issues like health insurance reform, reducing the federal deficit and reforming the financial system.

They sent President Obama and Democrats a warning when 63 percent said the Administration and Congress had spent too much time bailing out Wall Street and too little time worrying about working people who make things for a living. Sixty-six percent said manufacturing is critical to the U.S. economy and 78 percent said developing a national manufacturing strategy is crucial.

Those results were echoed in a Campaign for America’s Future and Democracy Corps poll of midterm voters taken on Election Day, when unemployment remained high at 9.6 percent.

Democrats in Congress began passing legislation to support American industry late last summer under a “Make it America” banner. House Majority Leader Steny Hoyer described the need for the program this way: “our manufacturing decline—which hit particularly hard during the Bush administration, when America lost nearly a third of its manufacturing jobs—is one of the reasons why middle-class families are finding it difficult to make it in America today.”

Several “Make It in America” bills became law. These cut taxes and created loans for small businesses, sped the patent process and lowered costs of raw materials. The package of bills included the Currency Reform for Fair Trade Act, which awaits a vote in the Senate. Although a majority of House Republicans supported it, all three of their principals – Minority Leader John Boehner, Whip Eric Cantor, and Conference Chairman Mike Pence – opposed the measure that would preserve American industry and jobs.

The slow but steady progress of the “Make It in America” program failed to satisfy voters. They want action now. They want, for example, an immediate industrial retrofitting program to create good green jobs updating buildings and industries with energy-saving equipment. The unemployed, the underemployed, their relatives who are helping support them, their employed friends and neighbors who are working excessively hard because corporations won’t hire all sent a message in the midterm election. They’re fed up and they’re not going to take it anymore.

Aggressive support for American manufacturing seems obvious to them. Switching tax breaks from corporations that off-shore to those that create jobs in the U.S. seems like a no-brainer. To them, stopping currency manipulation so that falsely under-priced Asian imports don’t bankrupt American manufacturers falls in the “get ‘er done” category.

In the Campaign for America’s Future-Democracy Corps poll, voters sent another message, one that Boehner, Cantor and Pence might note. Ranking a close second to the “Make it in America” sentiment was this: “The country needs leaders who will work together across party lines on the economy and jobs, deficits, health care and energy and do the right thing.” Eighty-seven percent of voters endorsed that message.

President Obama heard it. He offered to negotiate with Republicans. The first issue on the electorate’s agenda for that meeting is repairing U.S. manufacturing. Republicans who intend to do nothing more than eviscerate Democratic achievements and follow the Tonya Harding strategy of cutting their opponent off at the knees mangle the message delivered to them on Nov. 2. Voters are furious about political fighting because it fails to provide the nation with jobs and economic recovery. They want politicians to manufacture solutions.