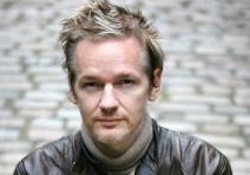 This article was originally published on CommonDreams.org from Deeplinks Blog / EFF.

The First Amendment to the Constitution guarantees freedom of expression against government encroachment – but that doesn’t help if the censorship doesn’t come from the government.

The controversial whistle-blower website WikiLeaks, which has begun to publish a trove of over 250,000 classified diplomatic cables, found itself kicked off of Amazon’s servers earlier this week. WikiLeaks had apparently moved from a hosting platform in Sweden to the cloud hosting services available through Amazon in an attempt to ward off ongoing distributed denial of service attacks.

According to Amazon, WikiLeaks violated the site’s terms of service, resulting in Amazon pulling the plug on hosting services. However, news sources have also reported that Amazon cut off WikiLeaks after being questioned by members of the staff of Senate Homeland Security Committee Chairman Joe Lieberman. While it’s impossible to know whether or not Amazon’s decision was directly caused by the call from the senator’s office, we do know that Lieberman has proposed “anti-WikiLeaks legislation” and that he has a history of pushing for online censorship in the name of “security.”

Importantly, the government itself can’t take official action to silence WikiLeaks’ ongoing publications – that would be an unconstitutional prior restraint, or censorship of speech before it can be communicated to the public. No government actor can nix WikiLeaks’ right to publish content any more than the government could stop the New York Times and Washington Post from publishing the Pentagon Papers, which were also stolen secret government documents.

But a web hosting company isn’t the government. It’s a private actor and it certainly can choose what to publish and what not to publish. Indeed, Amazon has its own First Amendment right to do so. That makes it all the more unfortunate that Amazon caved to unofficial government pressure to squelch core political speech. Amazon had an opportunity to stand up for its customer’s right to free expression. Instead, Amazon ran away with its tail between its legs.

In the end, it’s not just WikiLeaks that suffers from corporate policies that suppress free speech, here on matters of intense public importance. It’s also readers, who lose out on their First Amendment right to read the information WikiLeaks publishes. And it’s also the other Internet speakers who can’t confidently sign up for Amazon’s hosting services without knowing that the company has a history of bowing to pressure to remove unpopular content.

Today Amazon sells many things, but its roots are in books, which historically have been a lightning rod for political censorship campaigns. These campaigns tried and failed to suppress Allen Ginsberg’s Howl, Nabokov’s Lolita, and even Orwell’s 1984. And it’s the book industry – including writers, publishers, booksellers and libraries – that has championed the rights of readers and helped America maintain a proud history of free speech in the written word, even when faced with physical danger.

While it’s frustrating to think of any hosting provider cutting services to a website because it considers the content too politically volatile or controversial, it’s especially disheartening to see Amazon knuckle under to pressure from a single senator. Other Internet intermediaries should now expect to receive a phone call when some other member of Congress is unhappy with speech they are hosting. After all, it worked on Amazon.