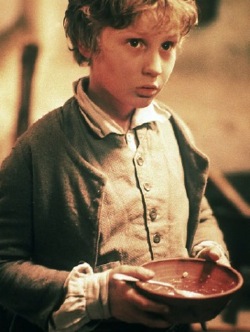 Any discussion of the global assault on pensions must begin with the three-year-long capitalist crisis, particularly the historical and geographical conditions.

The economic crisis is being used to batter the remnants of the social welfare state. Having decimated aid to the poor over the last 30 years, especially in the United States, the economic and political elite are now strangling middle-class benefits, namely state-provided pensions, healthcare and education.

The initial neoliberal assault under Ronald Reagan and Margaret Thatcher 30 years ago reorganized the capitalist economy and hammered private-sector unions into submission. This was accomplished by putting labor back into competition with itself by off-shoring industrial production, deregulation and frontal attacks on labor rights, organizing and solidarity.

Similarly, the current attack is a two-pronged effort to reorganize state social services, either by eliminating or privatizing them, and to decimate public-sector unions that fulfill these services. While social services are starved, police and spying agencies are metastasizing their powers and funding, and the wealth of the super-rich and record corporate profits are off-limits to close any government budget gap.

Simply put, the elderly are superfluous to capitalism. If successful, efforts to cut social benefits will increase the pool of unemployed and drive down wages. The main beneficiaries will be the super-wealthy who gain both from tax cuts as the social sector is chopped up and higher corporate profits as wages and benefits are slashed more and more.

The attack on pensions is mainly occurring in the West and those countries close to its orbit. So while countries including the United States, Japan, France, Greece, Ireland, Turkey, Spain, Poland and Latvia have been cutting or trying to squeeze state-run pensions, others such as Bolivia, China and Venezuela have been increasing funding of old-age pensions in recent years (though within these countries social spending may be declining overall and inflation increasing).

While the right has stridently opposed Social Security since it was enacted in 1935, the modern attack on pensions originated during the Reagan-Thatcher era. As president, Reagan temporarily froze cost-of-living adjustments, raised the future retirement age to 67, taxed benefits of higher-income earners, made it more difficult for the disabled to claim benefits and forced the self-employed to pay 100 percent of payroll taxes. Then under Clinton, claim some economists, inflation was understated to suppress cost-of-living adjustments, resulting in benefits that should be 50 percent higher than the current average of $1,072 a month. Thatcher and Tony Blair formed the same one-two punch as Reagan and Clinton, but they went further by privatizing much of the state pension system.

The second historical component is the current crisis, which is severely widening the economic chasm. According to The New York Times, U.S. corporate profits “have grown for seven consecutive quarters, at some of the fastest rates in history,” hitting a record of $1.66 trillion on an annual basis. Taking advantage of Federal Reserve and U.S. Treasury monies, Wall Street has notched record profits over the last two years. And the top one percent actually increased their share of the wealth by the end of 2009.

The overall economic picture is dire: industrial production is back to where it was in 2000 and the all-important capacity utilization rate — which measures use of productive capacity — is below 75 percent, compared to a level above 80 percent before the crash. The trade deficit is at 3.7 percent of the gross domestic product. Only 874,000 jobs were created during the first 10 months of 2010, not enough to keep up with population growth, and some 260,000 state workers lost their jobs during this period, leaving 7.5 million fewer jobs than when the recession began.

The household picture is even grimmer: family income shrank more than 4 percent in 2008 and 2009; the official poverty rate of 14.3 is the highest since 1994; 13.5 percent of home mortgages are in delinquency or foreclosure; the percentage of people receiving health insurance through their employer has dropped by 13 percent over the last decade. The real unemployment rate, the “U6 rate,” is at 17 percent, and household debt stands at 118 percent of after-tax income.

The conclusion is stark: there is no engine to drive the economy. And these conditions prevail throughout the West, which is the backdrop for the global assault on pension plans.

With so much idle productive capacity, giving tax breaks to spur business investment is throwing away money. Americans are drowning in debt and getting smacked with rising healthcare costs. Having lost $15.8 trillion in wealth and fearing joining the army of unemployed, they are incapable of increasing consumption enough to drag the economy out of its funk. One possibility is increased trade, which would require a weaker dollar to make U.S. exports more competitive. But, as Paul Krugman points out, Republicans oppose this because they believe continued economic decline will enhance their electoral chances in 2012.

When business investment, consumption, trade, debt and speculation all falter, only government can revive a capitalist economy. But, as The Indypendent first pointed out in December 2008, the Obama administration knew the stimulus would fail. The downturn was sapping a staggering $1 trillion a year from the economy, but the plan offered a relatively meager $787 billion over more than two years, and much of that was in useless tax breaks.

The stimulus only covered some of the shortfall in state and local budgets. With this funding drying up, state services and workers are now under attack.

The failed stimulus was also premised on the limits of Keynesian economics, which calls for deficit spending to spur business when it’s in a downturn.

This plays in the right-wing hysteria over the federal debt. Debt matters but the best way to reduce it is through economic growth and inflation, as happened to the huge U.S. debt coming out of WWII. Right-wing policies such as austerity and cutting spending and taxes — which Obama has endorsed — may create a worst-case scenario of deflation and further economic contraction. This will make federal debt payments even more onerous.

STICK IT TO THE RICH

The simple solution would be to tax the wealth of the elite, instead of debt-driven financing. According to economist Rick Wolff, “high-net-worth” Americans have around $12 trillion in investable assets, which excludes the value of their homes. A 13 percent wealth tax would eliminate the entire 2010 federal budget deficit of $1.56 trillion while doing little to crimp consumption because this money is literally lying around.

The pro-Wall Street Obama administration never considered a program of re-industrialization because this would have required redistribution either indirectly through debt-driven financing of jobs programs (which would shore up wages and labor bargaining power) or directly by taxing the rich to pay for rebuilding the global economy after they torched it.

Obama has consistently fought for policies that involve weakening labor, driving down wages, letting unemployment rise, and squeezing social services and benefits, all to transfer more wealth upward. The wealthy have profited three times off the crisis: from the bubble itself, from the bail¬outs and from government bonds sold to them to pay for the bailouts. Putting pensions on the chopping block would give them a fourth opportunity to profit off the same crisis.

If government debt is a problem, then bondholders should take a haircut because they took the risk. Of course, that’s not how capitalism works. So, in the case of Social Security, which has nearly $2.6 trillion in its trust fund and can meet ALL obligations through 2037, the plan is to raid it to pay off bondholders.

That’s why a crisis is being manufactured. Obama’s deal to reduce payroll tax by two percentage points will pilfer an estimated $120 billion from the trust fund, which will supposedly be paid back by revenues from the general treasury. This means the deficit will increase, and amplify the echo-chamber panic over Social Security and debt.

Cutting pensions will be disastrous to long-term economic health. Social Security accounts for 40 percent of the income of the population over 65 and nearly 50 percent for women in this group. This also means more people in the workforce as older workers delay retirement. Because the elderly tend to spend their benefits right away, on housing, food, transportation and medical services, this means lower economic activity. And combining all this with trying to crush public workers also means more unemployed, less tax revenue and a shrinking economy.

It all adds up to a recipe for a long-term depression. The conclusion is inescapable even if liberals are unable to admit it: Obama is far more Herbert Hoover than FDR, and only left movements that steer clear of the tomb of the Democratic Party can create positive change.

A version of this article was originally published on AlterNet.org.