This article was originally published on CommonDreams.org from The Independent/UK. 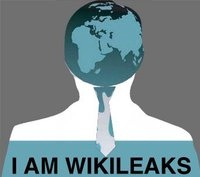 Renewed cyber attacks on Wikileaks servers in Sweden closed down sections of the whistle-blowing website today as the information war over the State Department cables escalated dramatically.

The attacks came as the Swiss post office announced it had frozen a Wikileaks bank account containing 31,000 euros, leaving the website with limited ability to raise money.The ongoing attempts to halt the release of US government communiqués has created a backlash amongst grassroots online campaigners who have rallied under the Wikileaks banner to keep the website online.

Using the moniker “I Am Wikileaks”, supporters are using social network sites to publicize new outlets for the State Department cables when old ones get closed down or taken offline. They have also now created more than 570 mirror versions of the Wikileaks website and have called for a boycott of Paypal, Amazon and EveryDNS, three US-based websites that recently severed ties to Wikileaks.

Followers have vowed to retaliate against attempts to muzzle Wikileaks. Anonymous, a shadowy network of global cyber activists behind a series of recent high profile hacks, has threatened companies with retaliatory cyber attacks if they cut Wikileaks off.

Following Paypal’s decision to suspend its Wikileaks account, Mr Assange tried to open a bank account for donations with Postfinace but the application was rejected this afternoon because the Wikileaks’ founder did not have an address in Switzerland. A spokesperson for the bank said Mr Assange would get his money back but the decision leaves Wikileaks with a drastically curtailed donation network at a time when its leader is facing the prospect of lengthy court battles to keep him in Britain.

The website’s remaining bank accounts are located in Iceland and Germany but Wikileaks claims to have lost 100,000 euros in the past week because of the Paypal and Postfinace account freezes.

In a further increase of the pressure on Wikileaks, the Australian Post Office also announced last night that it was closing a branch in Melbourne where Mr Assange has a post box. It is believed that the website has used the box to acquire leaks from whistle-blowers who want to leave no digital trail.

Yesterday’s developments have escalated what is already a bitter conflict between the US government, which has called on companies to refuse help to Wikileaks, and a motley coalition of online campaigners that have vowed to keep the whistle-blowing platform going using little more than their computers at home.

A Twitter posting by American poet and essayist John Perry Barlow has proved particularly popular online today among Wikileaks supporters. “The first serious infowar is now engaged,” he wrote. “The field of battle is Wikileaks. You are the troops.”

The first task for supporters has been to keep Wikileaks online amid a sustained campaign against the website. Service providers in France and the US have come under intense pressure to stop hosting Wikileaks, with a number of American companies eventually agreeing to cease co-operation.

PRQ, a Swedish-based internet service provider which specializes in hosting controversial sites, admitted today that its servers were running slowly after what it suspected was a cyber attack. Wikileaks has been forced to shunt its sites around different servers to avoid the ongoing cyber assaults.

Other server providers in Switzerland and Sweden are still up and running with the majority of the website running on the Swiss address www.wikileaks.ch.

One Swedish provider, Banhoff, houses its servers in a former military bunker built 30 meters into the side of a mountain and has been described as one of the most secure internet facilities in the world.

Anna Mosberg, CEO of Banhof, told The Independent that her servers had yet to be attacked by hackers but she would resist any pressure from overseas to kick Wikileaks off their servers.

“Our guiding principle is that Wikileaks should be treated like any of our other clients,” she said. “We would only stop hosting them if they broke Swedish law or failed to pay their bills.”