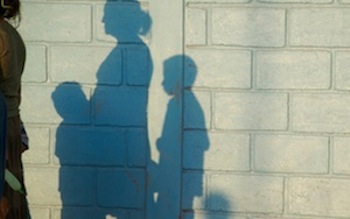 Welfare has been extended by Congress this week, without any major changes, and is now on President Obama’s desk waiting to be signed into law. This is bad for two reasons. First, it doesn’t address some of the fundamental problems with the welfare program. TANF, or Temporary Aid for Needy Families, was changed in 1996 to do four things, as Diana Spatz, the Executive Director of LIFETIME, a welfare rights advocacy organization based in the Bay Area, characterizes it:

Not one of these goals was about reducing poverty, although they reveal how patriarchal the authors of the welfare system were. The net result of the 1996 reform, as Seth Wessler wrote, was to create a catch-22 system, where you need to work in order to get cash aid because you lost your job. The program also placed time limits on how long you could receive assistance from, in some cases, up to 21 months. Single mothers are now reduced to selling their food stamps to pay for things, like rent.

Second, the renewal doesn’t include the TANF Emergency Contingency Fund, the only program that created over 250,000 jobs in the past year. The Emergency Fund was authorized under the stimulus package of 2009.

“The TANF Emergency Contingency Fund is the most effective job creation vehicle,” said Diana. “The bank bailout didn’t help people, it just made money for the super rich.” Her office employed a number of single mothers who receive cash assistance, in subsidized jobs. Unfortunately, that ended this September when the Emergency Fund expired.

Tasha Guzman was among those who lost their jobs paid for by the TANF Emergency Fund. A single mother of two in her mid-thirties, Tasha has worked various low wage jobs in McDonald’s and Kentucky Fried Chicken, before she lost her job because she experienced a serious bout of depression. Without access to childcare, it was difficult for her to find other employment. She moved her family around, renting different rooms and sleeping on couches, while she looked for stable work for six years.

Three months ago, Tasha was paired up to work at LIFETIME, to fulfill her work requirement for cash assistance. She staffed the phone lines and helped to do outreach calls to other single mothers on behalf of the organization. It was fulfilling work for Tasha. “I loved LIFETIME, it got me out of my depression, I was meeting new people and helping others.” The work she did was previously out of her reach. “Working at LIFETIME was so different, I didn’t have secretarial skills, so I learned that.”

But her stint at LIFETIME ended when the Emergency Fund expired on September 30. Now, she sleeps on her relative’s couch with her 6-year old daughter. After dropping off her child at school, she tries to look for work in the fast food industry, without any success. She battles daily with discouragement and despair, when she could instead be working.