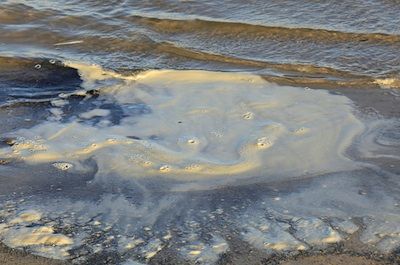 Michelle Nix, from Pensacola, Florida, founded the group Gulf Coast Oil Spill Volunteers in an effort to be pro-active and do what she could to help when the BP oil disaster began on April 20.

She contacted the US Environmental Protection Agency (EPA), Coast Guard, Wildlife and Fisheries, “and everyone I could think of to try to help,” Nix said. “But none of them responded. None of the government agencies would get back in touch with me.”

Nix, not to be deterred, helped organise blood tests for several Gulf coasts residents who were experiencing sicknesses attributed to toxic chemicals released from BP’s well blow-out and the dispersants the company has used to sink the oil.

In October, Dr. Wilma Subra, a chemist and Macarthur Fellow, conducted the blood tests for volatile solvents – chemicals present in BP’s crude oil as well as their toxic dispersants – on eight people Nix provided who live and work along the coast.

Ethylbenzene is a form of benzene present in the body when it begins to be broken down. m,p-Xylene is a clear, colorless, sweet-smelling, flammable liquid that is refined from crude oil and is primarily used as a solvent.

These chemicals in BP’s oil are extremely hazardous to humans. They can cause headaches, nausea, vomiting, kidney damage, altered renal functions, irritation of the digestive tract, lung damage, burning pain in nose and throat, coughing, wheezing, skin problems and cancers.

It is nearly a month later, and Nix has not heard from Lisa Jackson or the EPA.

Dr. Subra, who is actively working with the EPA on issues beyond the BP Gulf of Mexico oil disaster, is still waiting to hear from them about the blood test results.

In response to their oil disaster last summer that released at least 4.9 million barrels of oil into the Gulf of Mexico, BP admitted to using at least 1.9 million gallons of widely banned toxic Corexit dispersants (which have been banned in 19 countries) to sink the oil. The dispersants contain chemicals that many scientists and toxicologists have warned are dangerous to humans, marine life, and wildlife.

Earlier this year on May 20, the EPA told BP it had 24 hours to find a less toxic alternative, but the EPA’s request was ignored. Then on May 25, BP was given a directive by the EPA to scale back their spraying of the Gulf of Mexico with dispersants. The Coast Guard overlooked the EPA’s directive and provided BP with 74 exemptions in 48 days to use the dispersants.

Residents in Mississippi and Louisiana told Al Jazeera that they believe BP continues to use the toxic dispersants, but the EPA will not respond to their appeals for information and help.

His attempts to alert EPA of the ongoing use of dispersants, as well as many other concerns he has about BP’s response to the disaster, have been largely ignored.

Fineran provided Al Jazeera with a copy of an email he sent on July 26 to Sherryl Carbonaro and Carter Williamson of the EPA, along with several other people.

He provided the EPA personnel with information about ongoing dispersant use, and wrote, “We continue to find various products that appear to be direct results of the DWH [Deepwater Horizon] spill and/or associated with BP operations. This includes submerged oil patties and patches in State/County waters and marshes, as well as a mysterious dark colored foam … [the] EPA continue to provide a less than transparent explanation as to the foam’s actual composition.”

Fineran has called and sent several emails to EPA officials about these concerns, as well as how smaller boats are being used to spray dispersants in the waters off the coast of Mississippi, and has requested that EPA look into this, as the EPA claims that since mid-July, no dispersants have been used.

“It appears that DWH operations has managed to drop the surface oil from sight, but apparently not out of our local environments,” Fineran’s email continues, “The product [oil] clearly remains in area waters and marshes… Is there a plan to remove the now out of sight product and deal with the possible long term effects of leaving the product [oil] in our community?”

Al Jazeera asked Fineran how the EPA responded to his requests, as well has his requests to the EPA’s Region 4 office, which includes Mississippi.

“The highest-ranking EPA folks I’ve contacted won’t even reply to my emails,” he said, “I’ve gotten nothing but lip service. I did get an ‘I’m sorry’ from one of them.”

Fineran, who continues to work within the Emergency Response Center for Mississippi added, “Nothing the EPA has told us has turned out to be true.”

Shirley and Don Tillman from Pass Christian, Mississippi, have been outspoken in their belief that BP’s dispersants have been making people sick. They were in BP’s oil response Vessels of Opportunity program, and several of their family members and friends are sick from what they believe are chemicals in BP’s dispersants. 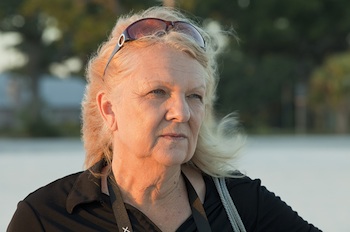 On October 19th they were visited by Special Agent James Kejonen from NOAA, and Special Agent Ben Bryant with US Fish and Wildlife. The agents told the Tillman’s they were collecting information for a government investigation into dispersants and possible problems associated with them.

“I gave them a sample we’d taken from Long Beach that I thought had Corexit,” Shirley Tillman told Al Jazeera. “They were very friendly and seemed sincere, but we haven’t heard back from either of them, and they won’t return our phone calls.”

The same day the federal agent’s visited the Tillman’s, they visited Jesse Fineran.

His calls to the agent’s have not been returned either, and Fineran told Al Jazeera, “It is clear from this response that the Government and BP intended to keep the locals ignorant of the facts pertaining to the spill and the inter-working of the response.”

Al Jazeera requested information from the EPA’s Region 6 Public Information Centre, that includes Louisiana, about their ongoing testing of the water and air for chemicals associated with the oil disaster, also asking for information the EPA has that is related to illnesses caused by the oil disaster.

In late October we were told by Joe Hubbard in EPA’s office of external affairs that this information would be provided, but Al Jazeera has yet to receive this information.

Al Jazeera contacted the external affairs office at EPA Region 4 and spoke with Dawn Young. When asked how the EPA was responding to the claims of ongoing use of dispersants and illnesses related to the oil disaster Ms. Young said, “Those issues would still be answered by the Joint Information Center.”

The Deepwater Horizon Incident Joint Information Center external affairs officer, Susan Blake with the Coast Guard, informed Al Jazeera that she had passed on our querries about ongoing use of dispersants and oil disaster related illnesses along the Gulf Coast to Joe Hubbard at EPA Region 6.

Requests for information from press officer Latisha Petteway at Lisa Jackson’s office in Washington DC concerning Subra’s blood test results that were handed to Jackson in Pensacola have not been replied to.