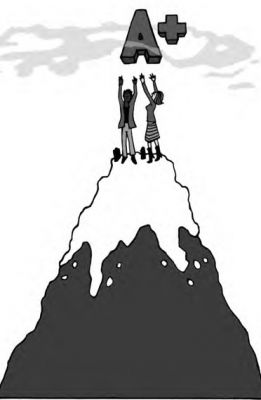 When there is evidence of bad public policy, you can safely assume that it took two parties working collaboratively to create the swamp.

New York City’s Department of Education and the United Federation of Teachers (UFT) have found themselves mired in a dispute over the fates of more than a thousand teachers, many of whom have no assigned teaching position, but continue to collect full-time salaries. This group of teachers is collectively referred to as ATRs, or the absent teacher reserve. Large numbers of ATRs are not instructing students in their licensed areas. Instead they often find themselves working as substitute teachers.

At various times these teachers have been labeled by outgoing Schools Chancellor Joel Klein as incompetent or too lazy to seek positions. He wants to fire them. To judge from his statements and newspaper editorials, we are simply facing a case of old-time union featherbedding.

If the problem isn’t resolved, incoming Schools Chancellor Cathie Black will inherit this mess just as yet another round of dozens of school closings is slated to be carried out. All her public statements to date indicate that she has bought Klein’s narrative hook, line and sinker.

The primary reason so many teachers are out of a job stems from Klein’s policy of closing large high schools with more pro¬grams, declaring them “failed” enterprises and replacing them with small high schools. Since the closing is a “hostile” takeover, the teachers too are “failed” and sent packing, rather than placed in the new small schools.

If you are in the wrong place at the wrong time, you can lose your position whether you are a new hire or a 20-year veteran. When you impose this method of staffing on the largest school system in the country, something has got to give. In fact, it’s only logical that a number of teachers would find themselves inhabiting the limbo world of the “ATR.”

This limbo world can find a music teacher covering classes for an absent social studies teacher, while his music program is assigned to a social studies teacher. I know because this is precisely what occurred in my school. The sooner the myths about public school staffing are dispensed with the better the public interest will be served, because this is Klein’s self-created crisis. Tenure for public school teachers is not a lifetime sinecure. In most respects it is no different from civil service protections for police, fire and sanitation workers. You have to have due process in order to fire an employee.

So, why should an experienced teacher have a tough time landing a new position, you might ask? Well, along with the downsizing of schools came Klein’s decision to budget schools according to the actual salaries of their teachers.

Before mayoral control was instituted in 2002, a high school teacher counted as a “unit,” which meant whether you had a school with lots of experienced teachers or mostly rookies, the cost for staffing the school was the same. The teacher “unit” would represent the average price of compensating one of the 80,000 teachers in the system.

If a school closed, or its population declined, teachers who were no longer needed were placed in available slots without going into the so-called “open” hiring market.

When principals are forced to figure the real salary of each teacher into their budgets, they have every incentive to hire younger lower-paid teachers and to avoid the more experienced ones, who are too expensive. In Klein’s universe inexperience and lower salaries become a virtue, while experience be damned!

Would critics of tenure suggest that if a firehouse is closed because of a reorganization move by the department, the firemen are responsible for finding a new job within the system? Would these critics claim that young inexperienced firefighters are preferable to experienced ones?

With the press providing the wind for his sails and Bill Gates funding the small-school voyage, Klein launched an assault on teachers and large high schools with great zeal. Ask yourself which role is easier, playing Tom Silva on This Old House, or just taking a wrecking ball to the whole place?

Around now, you might be asking yourself, why did the teachers union acquiesce to the ATR? To say that the UFT has taken a pounding in the press and from the chancellor over the past seven years is an understatement. In typical New York fashion, the UFT stood by when a good policy, the School Based Option Staffing and Transfer Plan (SBO), was being strangled and agreed to the ATR pool.

The SBO had a cooperative team of teachers and administrators select new faculty members collegially. If someone with loads of seniority applied for a job and had nothing else going for them except time in the system, they could be rejected.

The SBO was already in place and had been spreading throughout the system when Bloomberg took over the schools. So Klein’s claim that he was being strangled by union seniority rules was simply a myth.

If the union were as omnipotent as the editorialists claim, why didn’t it block or wage a PR campaign against this new fatally flawed hiring process and fight for the SBO?

There’s no way to divine the answer to that question. In all likelihood the UFT knows that no matter how much ink is spent reviling them; no arbitrator would overturn the civil service laws and allow unassigned teachers with satisfactory performance records to be fired.

Yet the public discourse is diminished by the union’s failure to make its case for the rank-and-file teacher to the public.

In the end, the DOE and the union have been too clever by half. Hundreds of millions of dollars have been wasted. The hiring process hasn’t been improved, and teachers who remain the vital component in the education process are further diminished.

If this self-inflicted “crisis” were given to a business management class as a case study, it’s likely that they would conclude that the negotiators on both sides of the table were idiots.

Marc Epstein teaches history at Jamaica High School in Queens. A longer version of this article originally appeared on The Huffington Post.